SCRANTON, Pa. — Former Federal Judge Edwin Kosik passed away at the age of 94. He is being remembered in Scranton as a friend, a father, a war hero and a ... 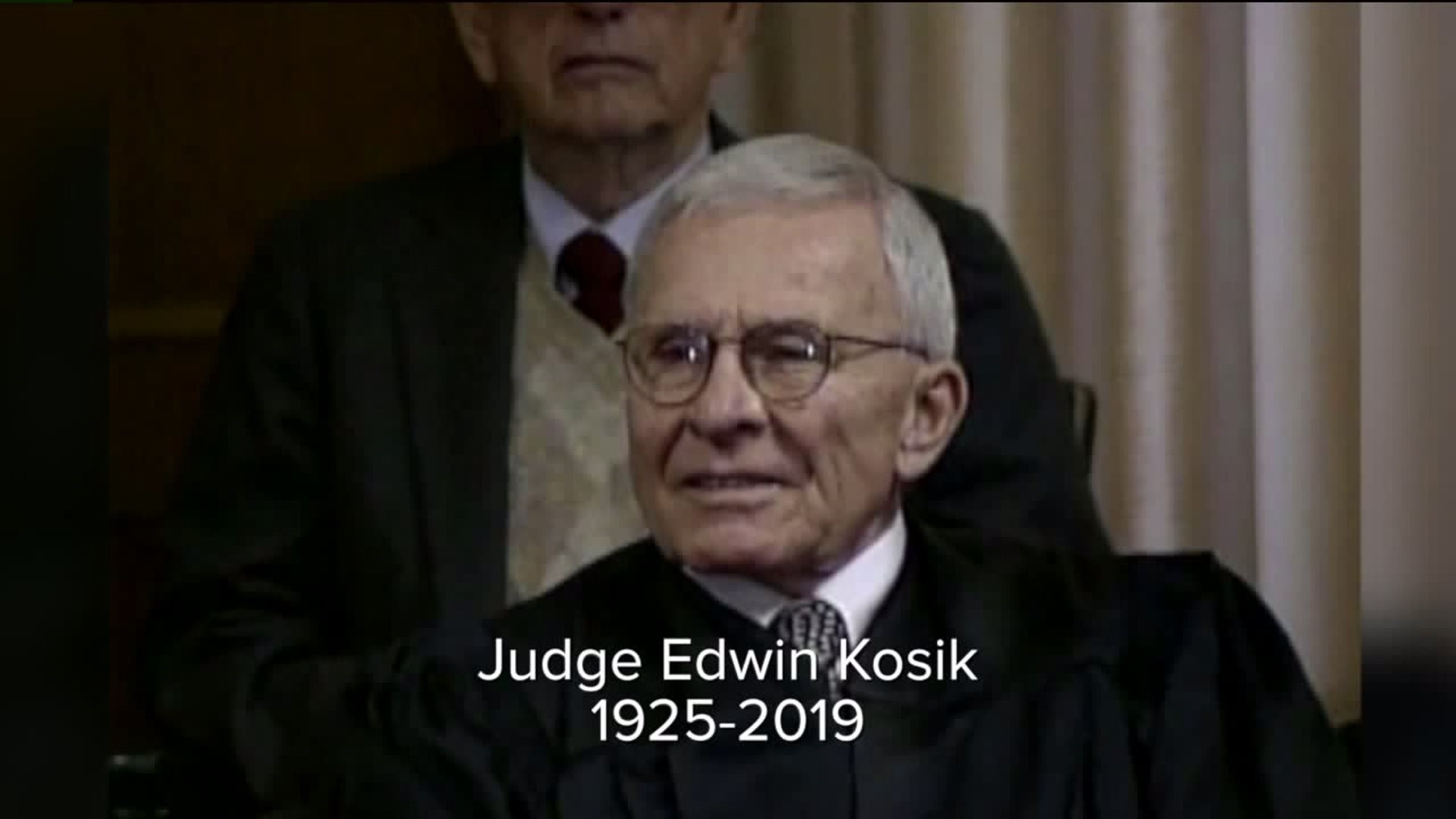 SCRANTON, Pa. -- Former Federal Judge Edwin Kosik passed away at the age of 94. He is being remembered in Scranton as a friend, a father, a war hero and a mentor.

Kosik was an infantryman in World War II. He then went on to serve as a federal judge in Scranton for more than 30 years.  Federal Judge James Munley said Kosik really took him under his wing, even when Kosik had a lot of work on his hands.

"As productive or more productive than any other judge and he tried big, big, cases and he was just a wonderful man," Munley said.

One of those big cases that judge Kosik presided over was the Kids for Cash case.

Kosik ended up sending former Luzerne County judges Mark Ciavarella and Michael Conahan to prison for getting judicial kickbacks in exchange for sending kids to youth detention centers. Kosik rejected their plea bargains, believing the pair fully knew what they were doing.

Judge Kosik retired from working at the federal courthouse in Scranton two years ago, but those who worked with him say he was one of the friendliest people they'd ever known.

"He had a very magnetic personality. He was a man's man. He was no wilting willow," Munley said.

U.S. Marshal Martin Pane also worked alongside Kosik at the courthouse for 25 years.

"I love all my judges but judge Kosik was also a one-of-a-kind individual. Magnetic I think is an excellent term to describe judge Kosik and charismatic would be another one," Pane said.

Even though Kosik has passed away at the age of 94, his legacy lives on.

"He was a superb administrator. When he was on our state courts, he modernized the whole court system and all the implementations he made are still in use today," Munley said.