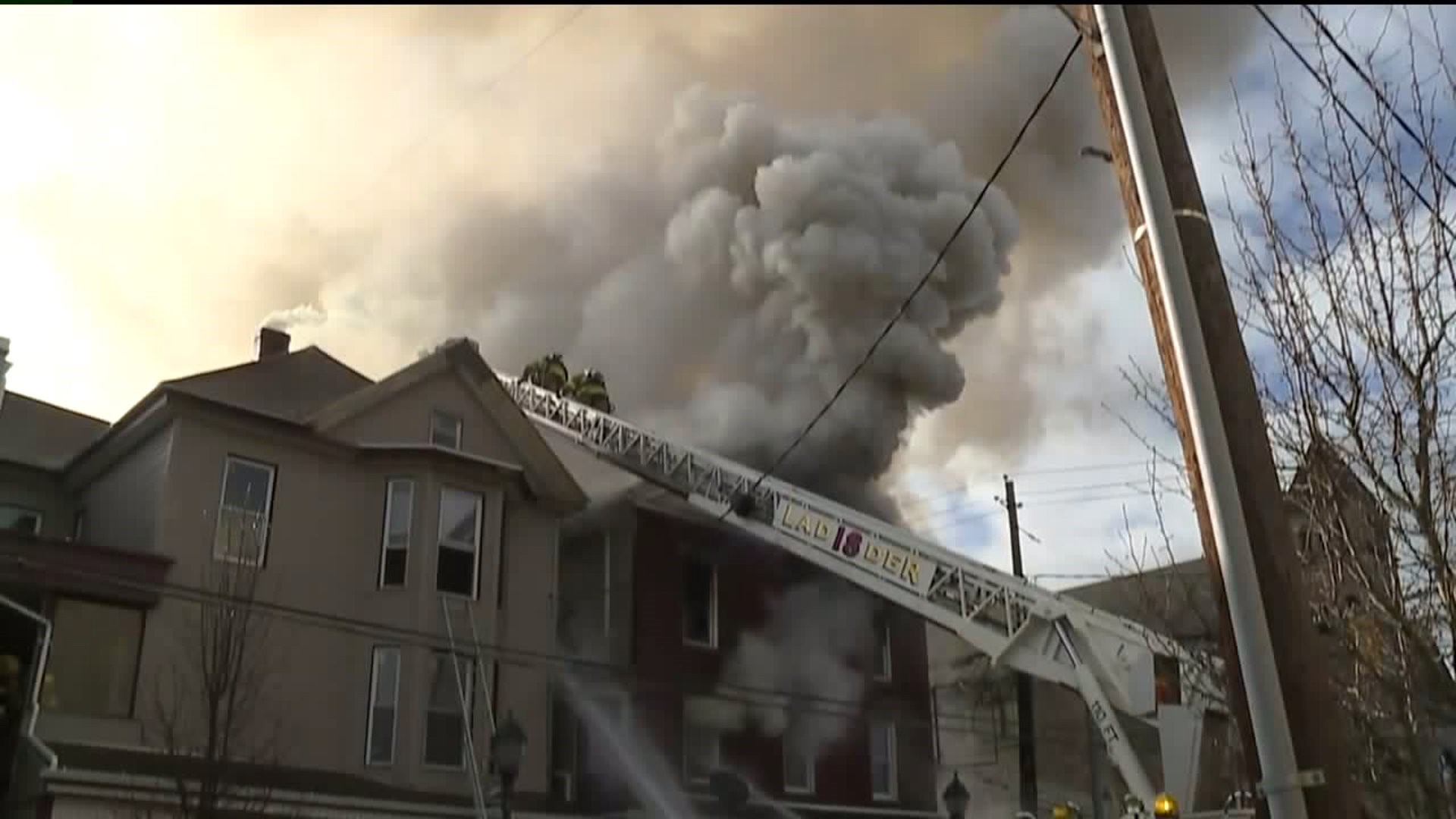 The fire chief tells Newswatch 16 crews were called for a kitchen fire just after 8:30 a.m.

The chief says when he arrived, the building was completely consumed by fire and smoke. That's when he called in other fire companies to help.

Smoke filled the sky and covered the streets as crews battled the fire at the corner of North Church Street and Salem Avenue.

"I seen nothing but all smoke. You couldn't see nothing," neighbor Linda Knapp said. "I mean, I ran back in to get my husband. By the time we got out, you couldn't even see the street it was so smokey. I was scared to death."

Investigators say it started in the former Figliomeni Pharmacy building on the corner and then spread to the building behind it where Katrina Czilinger lived.

"Within minutes it caught to our building, so that's when the cops came up and they just evacuated us, and they said we have to get out," Czilinger said.

Czilinger says she and other tenants barely had time to make it out.

"They tell you how quickly a fire starts, and it's incredible because it wasn't even on our building at all and then all of a sudden, it was just up in flames."

Fire officials say the 12 people who lived there made it out. One tenant was sent to the hospital to be checked out but is expected to be OK.

For now, the Red Cross and others are helping the fire victims.

Businesses in Carbondale tell Newswatch 16 they are eager to help those who lost everything in that fire. Hotel Anthracite tells us it is opening its doors at a discounted rate to victims until they are back on their feet.

"We want to stretch our hands out and hopefully the whole community will come together and help the people that were damaged today," said Sue Mirch, Hotel Anthracite.

The people who lost everything in this fire say they appreciate the helping hands but are more thankful that they made it out with their lives.

"As upset as I am, I have to say I'm still grateful. We'll move forward," said Czilinger.

A state police fire marshal is investigating what caused the fire and says these buildings will have to be torn down.

A clothing drive has been organized for the victims. Clothes are needed in the following sizes:

Donations can be dropped off at: