LGBTQ Rally For Equality In Bloomsburg

BLOOMSBURG — Cars driving down Main Street were greeted by plenty of colorful and clever signs in Bloomsburg. Groups from different LGBTQ organizations fr... 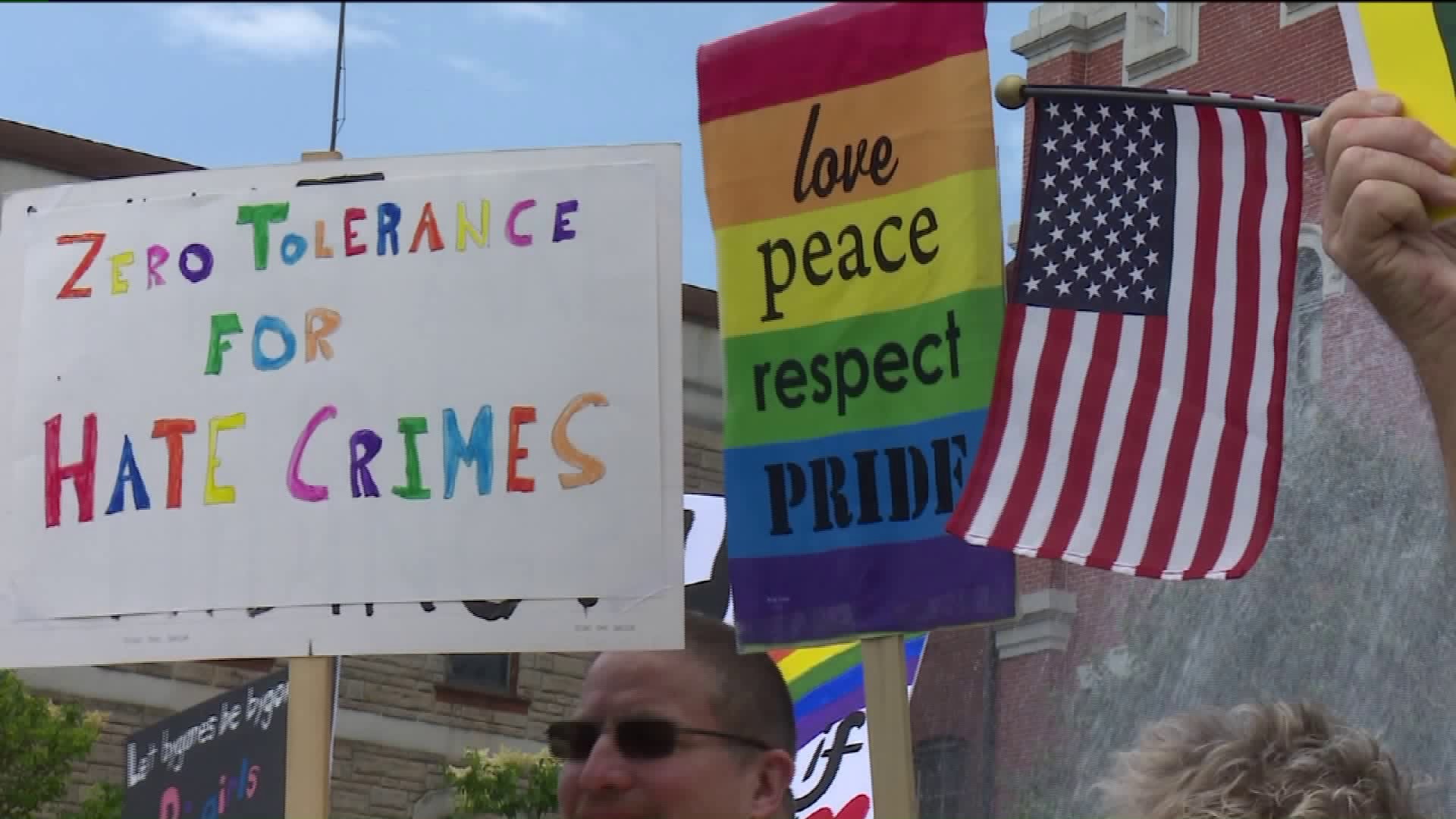 BLOOMSBURG -- Cars driving down Main Street were greeted by plenty of colorful and clever signs in Bloomsburg.
Groups from different LGBTQ organizations from across the area came out to make their voices heard.

“We have a serious problem in this country with our bigotry and we need to understand that we are a country of a melting pot,” said Dennis Artley of Bloomsburg

Organizers with "Columbia County Indivisible" decided to hold the rally to focus on those who have been neglected and to protect the rights of the LGBTQ community.

Lauren O'Brien recently came out as bisexual and wanted to give hope to others who may have been bullied.

“Just because someone identifies as not straight or not a specific gender it's not something to be afraid of and not something that's wrong,” said Laura O’Brien of Berwick.

The rally took place just days after Randy Stair shot three people then himself inside of a Weis supermarket near Tunkhannock Thursday.

Investigators later found a note saying quote: “I’m a girl who's been trapped in a man's body for two and a half decades, and I need to get the hell out. I don`t belong on this planet, nor have I ever. I need to die, and I’m taking whomever I can down with me.”

Organizers want to make sure people struggling with their identity know someone is caring for them so they won't harm themselves or others.

“We need everyone to know, especially the LGBTQ people to know, we love them all that they are part of community,” Shelley Crawford Columbia County Indivisible.

“I don’t believe it's our place to judge that I think understanding is a bigger opportunity for everybody than judgment,” said Artley.

Organizers plan to hold more rallies in the future to help people who may have been bullied or struggling with coming out.