NESQUEHONING, Pa. — Holiday cheer was in the air at Panther Valley Senior Center in Nesquehoning. More than 50 seniors showed up for an annual Christmas p... 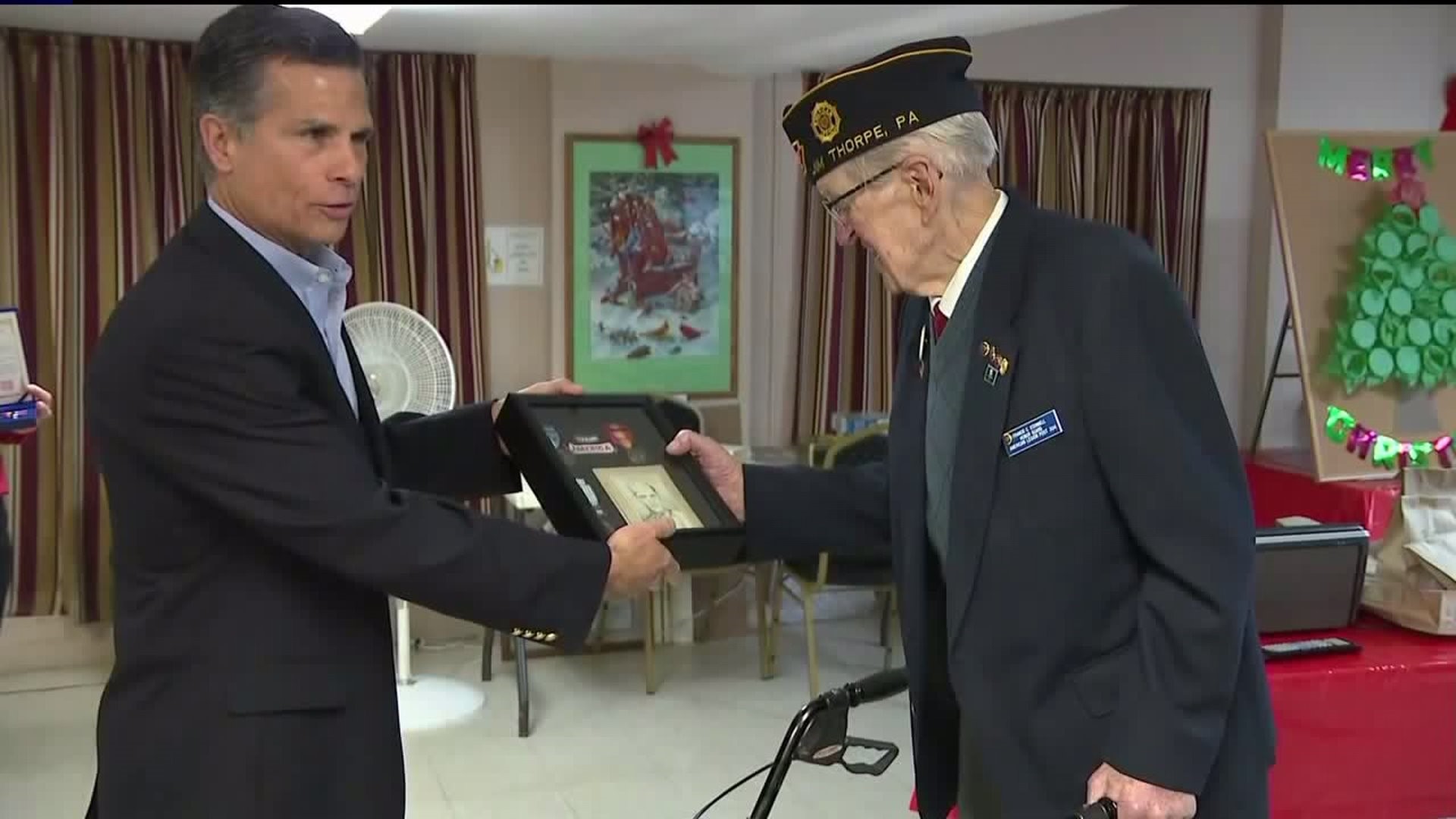 NESQUEHONING, Pa. -- Holiday cheer was in the air at Panther Valley Senior Center in Nesquehoning.

More than 50 seniors showed up for an annual Christmas party.

"It's wonderful. We come to the senior center many times. We love it here," said Dolores Becker, Jim Thorpe.

This year, there was a surprise for one senior.  Former Army Sergeant Francis O'Donnell.

Restored warm medals O'Donnell earned while he was in the Army.

"This is a big surprise for me. I know they were collecting stuff from my service but I didn't know why. Being honored here, I feel like a hero," said Francis O'Donnell, Former Army Sergeant.

In 1973, his service records were destroyed in a house fire.  He lost everything including his medals.

The Congressman tells Newswatch 16, he was happy to help this veteran get his honors back.

"Our staff contacted the Department of Defense and they were able to duplicate and retrieve some past records. It wasn't easy. I think he appreciated it, enjoyed it and it's so well deserved," said Rep. Dan Meuser, (R) 9th District.

Sergeant not only got his old medals back, but also a new one, too. It's from the Nation of South Korea.

O'Donnell's wife was in on the big surprise.  She says it wasn't easy keeping the secret.

"I had a hard time convincing him to come. He used to come all the time but lately he hasn't been feeling too good. But, I got him to come. I also got his hat out of the drawer and snuck that in without him knowing it," said Joanne O'Donnell, Francis' Wife.

A National Defense medal, Korean Service medal with two bronze stars and a United States Service medal are all now back with their rightful owner.

O'Donnell says this is a Christmas he won't forget.

"I want to thank everyone who participated in this and I finally got to see you," said O'Donnell.