COAL TOWNSHIP, Pa. — Out of dress code. This is how the Shamokin Area School District describes tight pants on students. For some parents, the video relea... 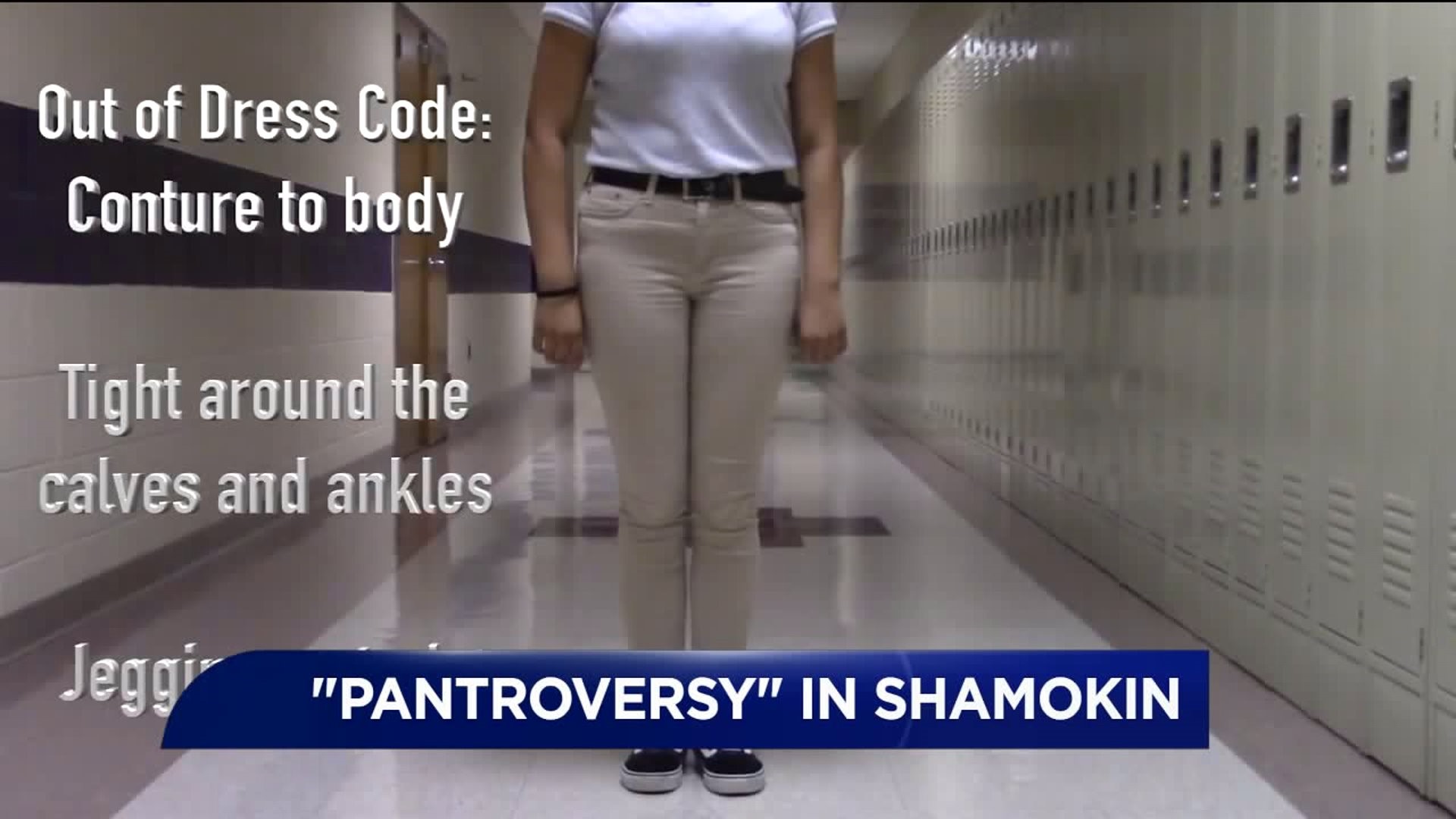 COAL TOWNSHIP, Pa. -- Out of dress code. This is how the Shamokin Area School District describes tight pants on students.

For some parents, the video released earlier this week does not sit well.

“I thought it was sexist to tell you the truth I don't think it is fair for the boy and the girls. They should both be able to wear what they can,” said Robin Dorkoski.

“It is not allowing any of the students to show their individuality and it is all based on the female so I think the school is being sexist on the dress code,” said Nikysha Gulba.

The 54-second video focuses only on pants worn by girls.

School officials tell Newswatch 16 the video was created after an increase of dress code violations.

The school district's website clearly states baggy clothes and spandex are not permitted.

The video was released by the Shamokin Area School District just a couple weeks into the school year. Parents we spoke to questioned the timing of it, saying if anything it should have been released earlier.

“We already did all of our shopping and so why would they go around and do this it is not fair for low-income people,” said Jose Valentin.

Nikysha Gulba has two girls at the elementary school and believes the district-wide dress code needs to be fixed.

“It needs to be relaxed no vulgar writing no pants around your knees, no short shorts these kids need to be able to express themselves."

For families who cannot afford new clothes, district officials point out that a number of clothing options are available for students at the school.