ARCHBALD, Pa. — A teacher in Lackawanna County is getting international attention for her Harry Potter-themed classroom. But, she’s only interested ... 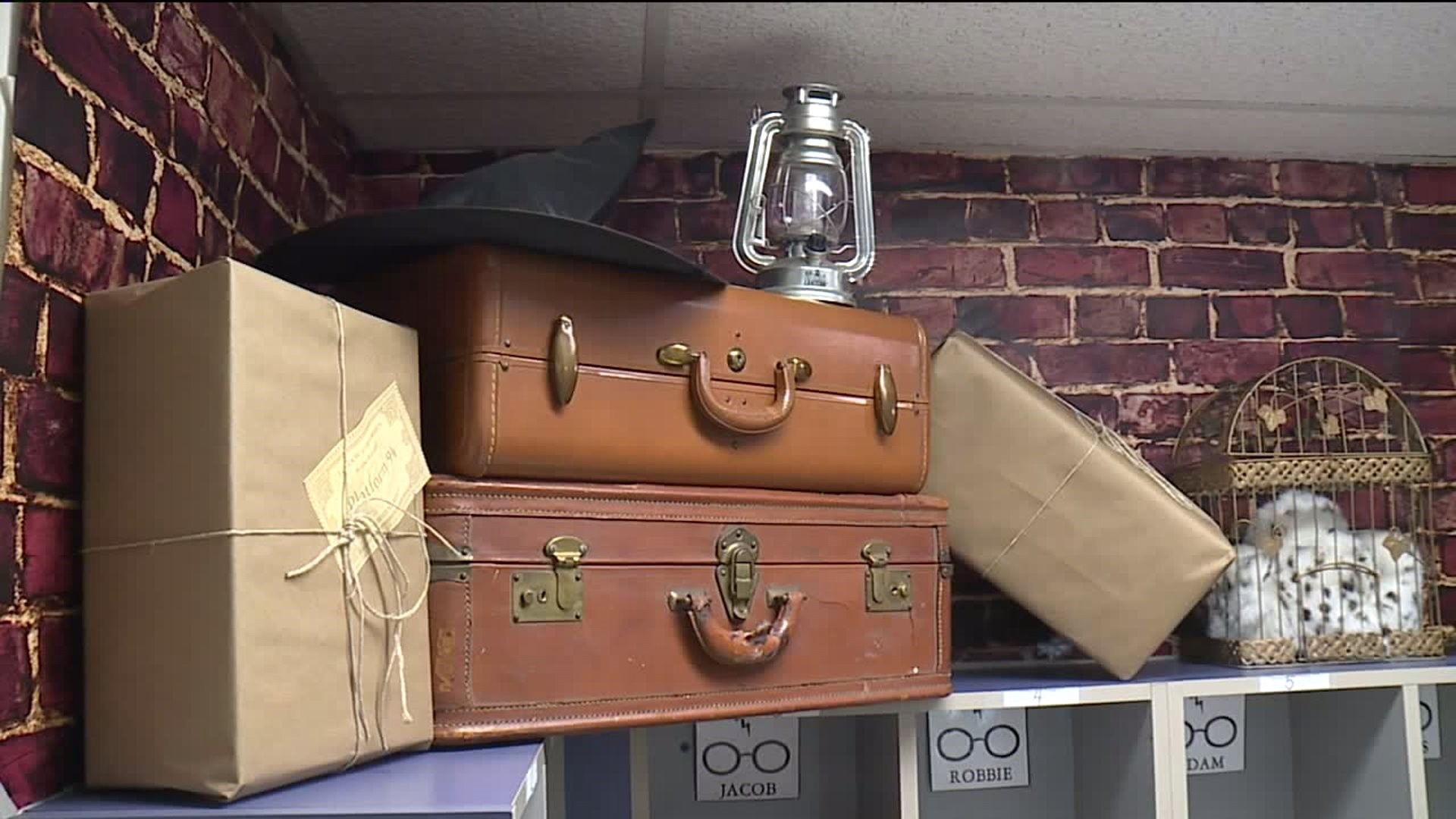 ARCHBALD, Pa. -- A teacher in Lackawanna County is getting international attention for her Harry Potter-themed classroom.

But, she's only interested in grabbing the attention of her third graders.

It's an immersion into JK Rowling's much-loved world from the "Harry Potter" series.

"When they came in, they all had their tickets, and their eyes were big. They were so excited. They didn't know where to look first," Bargella said.

Bargella likes her classroom to have a theme, and clearly she doesn't go half way.

Each day, the third graders enter Mrs. Bargella's classroom through "Platform 9 ¾," and each day, they read another chapter in "Harry Potter and the Sorcerer's Stone."

Then, the magical world of Harry Potter materializes inside their heads.

Bargella told Newswatch 16 she spent much of her summer break crafting things like floating candles and a "Monster Book of Monsters." She also collected all kinds of Harry Potter trinkets.

"Once August came, and we were able to get back in our classrooms, the maintenance staff is here day and night, so I put in a lot of 12 and 13-hour days here. Most of my August was spent here," she said.

She's had pictures of the room published in magazines and international newspapers, but her intended audience is a group of 24 third graders.

"I'm starting to teach them that you have to pick the things that you like to read based on your love of reading," Bargella said.