It's a success story for a man from Mifflinburg after his weight-loss surgery during the pandemic. 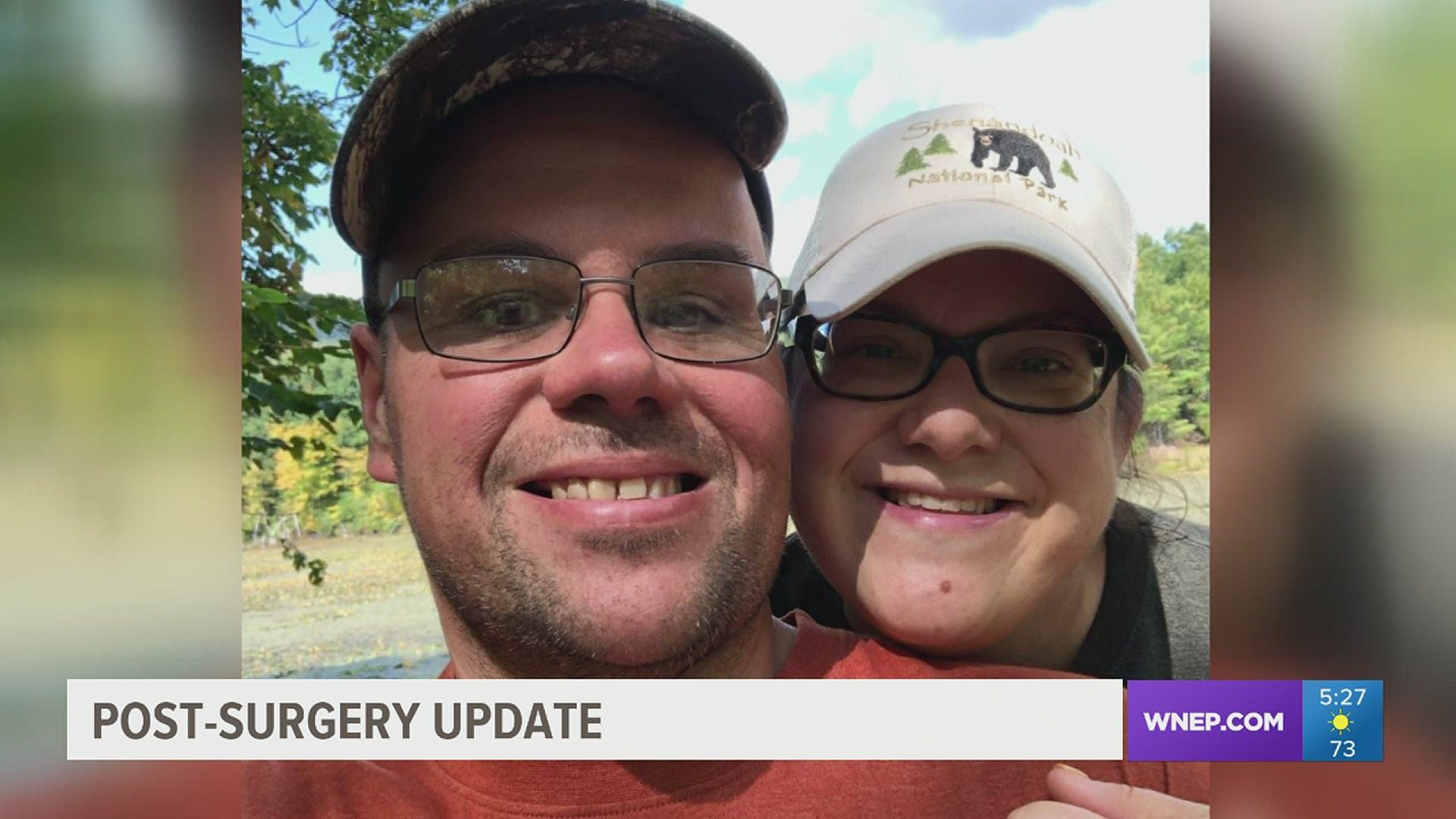 DANVILLE, Pa. — A few months ago, we introduced you to a man named Chris Nagy from Mifflinburg. He was all ready to go for bariatric surgery when it was postponed due to COVID-19.

He's now three months post-surgery, and you may not even recognize him.

"I could not buy pants at Walmart. Two weeks ago, I bought a pair of jeans at Walmart. And I can't tell you how happy that made me feel!" Nagy said.

Chris now weighs about 300 pounds, down from 430 at the time of surgery.

He has lost 10 to 12 sizes, hence the shopping off the rack. He was back to work three weeks later, and after nine weeks, was off all his medications.

Dr. Parker says because bariatric surgery involves a long, detailed pre-procedure process, including a strict diet, his department was concerned about the effect COVID-19 would have on patients whose surgeries were postponed. But he says the majority of his patients, Chris included, did just fine.

"It's pretty amazing. It's a little humbling. I'll see patients at the hospital a year after their bypass, and I'm usually pretty good with faces, but it's like they're unrecognizable. And they'll show me pictures from around surgery time, and I'll say, 'Oh yeah! I remember you!'"

Chris says he now feels great and can spend a lot more quality time with his wife and grandson, who they're raising. He's ready for this new life, for the long haul.

"The surgery is not the end of this. You have to have the discipline; you have to stick to the diet, you have to be able to make the changes," he added.

Dr. Parker says there are a number of different types of bariatric surgeries available. Talk with your own doctor about which might be right for you.