Not as hot the next few days

The cold front that brought storms this evening will knock temperatures down for the next few days. 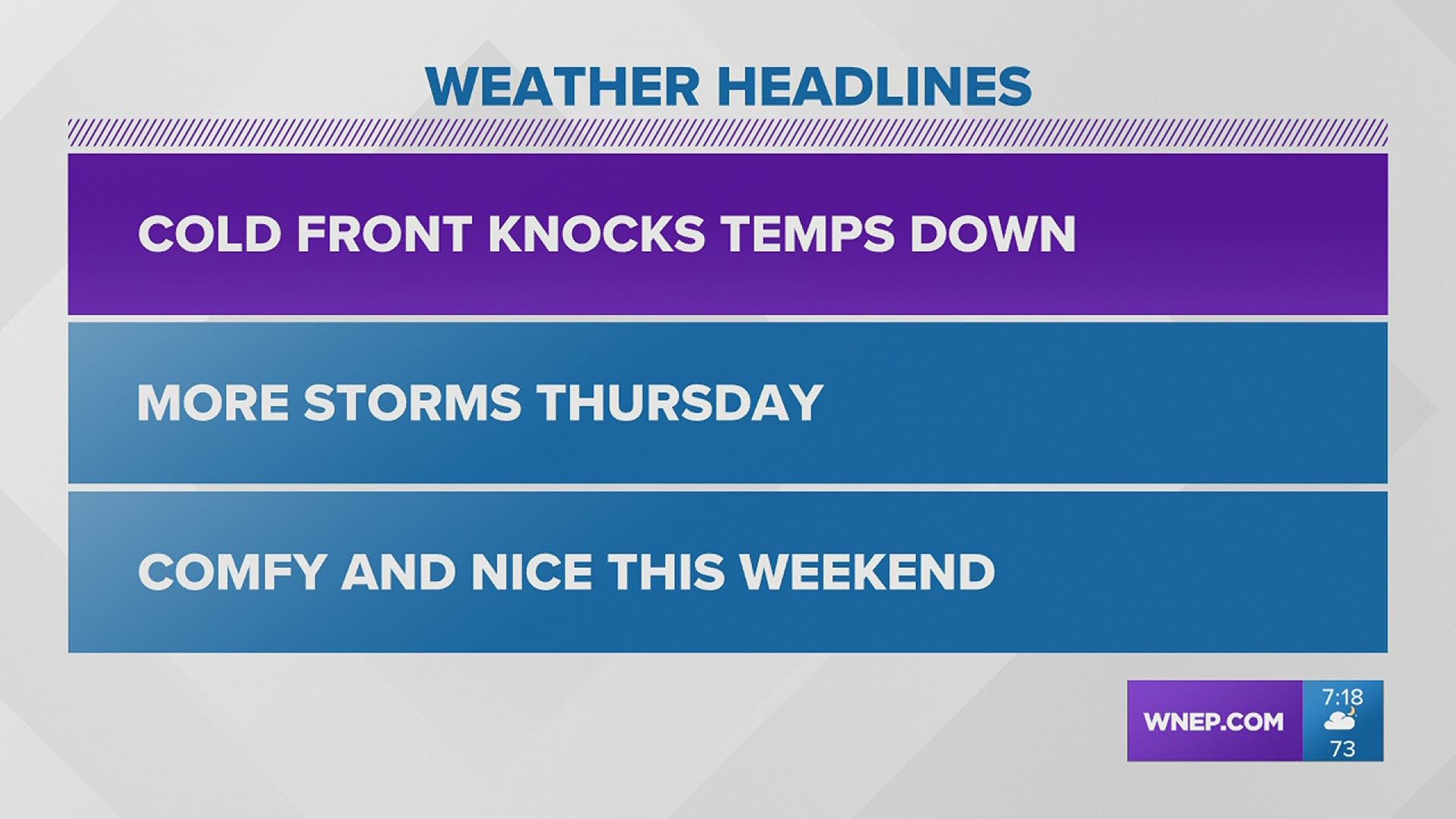 After a sunny and hot day, a line of storms is now dropping south into our area as a cold front moves through. Behind the front, high temperatures won't be anywhere near as hot for the second half of the week and into next weekend.

The most unsettled day of the next several will be Thursday with scattered showers and storms. Right now the weekend looks quiet with sunshine and temperatures in the 70s, with shower chances possible later Sunday.

Tomorrow: Stray shower around, otherwise partly sunny and not as hot. High 80.