CLARKS SUMMIT—The 11th annual Clarks Summit Festival of Ice stepped off with a parade through the borough Friday night, in bone-chilling temperatures. ... 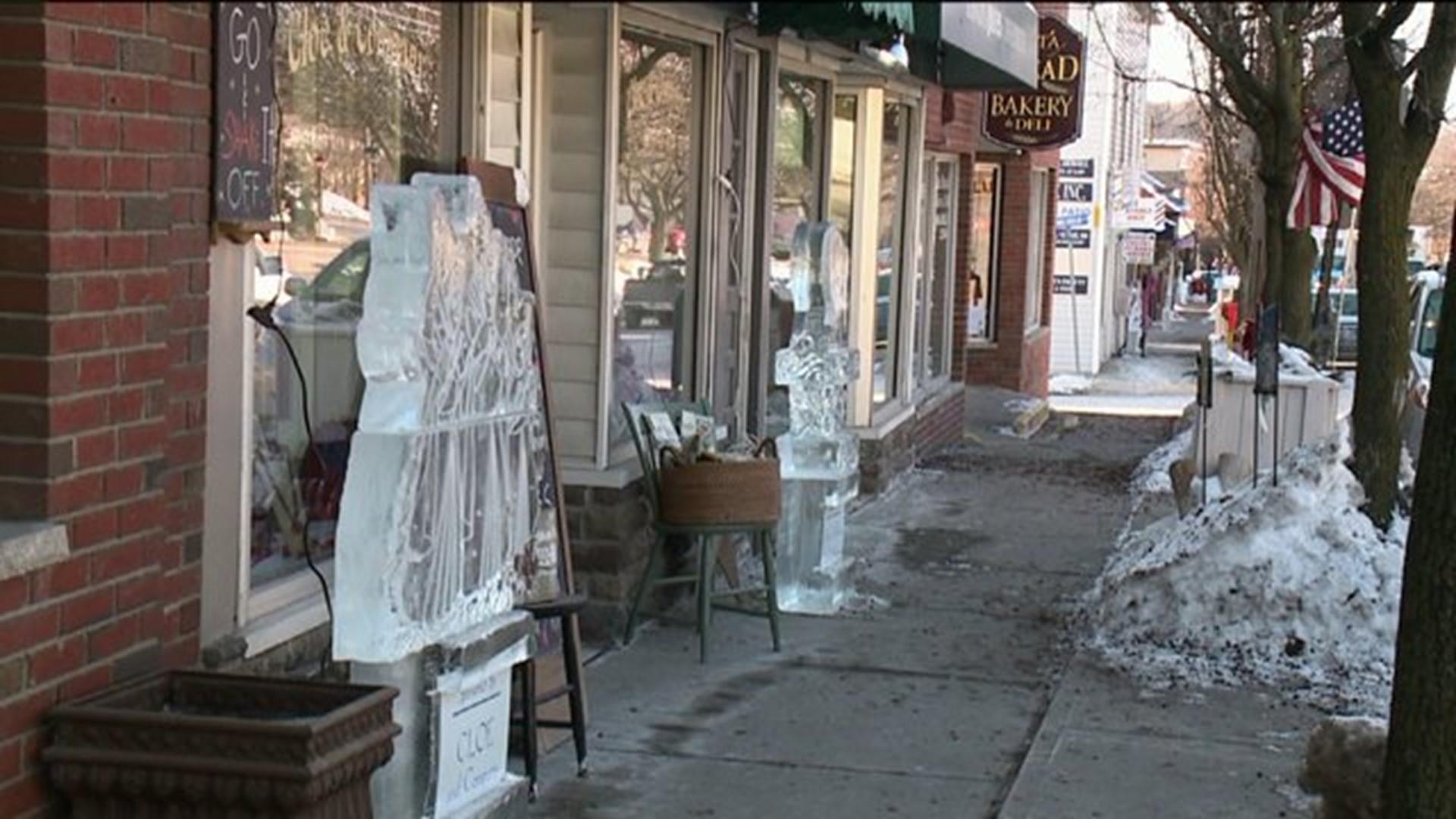 CLARKS SUMMIT---The 11th annual Clarks Summit Festival of Ice stepped off with a parade through the borough Friday night, in bone-chilling temperatures.

This year, the theme of the festival is fairy tales. There are princes, princesses and other characters carved in ice throughout the borough.

Some are braving the frigid weather to admire the works of art.

"I mean it's an ice festival, so you expect it to be cold. We're just trying to stay bundled and we're going to get some hot chocolate in a little bit," said Alison Siener Brown of New Jersey who was there with her family.

Troy Kester was putting out signs for sale at Spy Stoneworks in Clarks Summit. He said he just wore a hat and coat for the cold and was not too worried about the weather.

"Its the ice festival, it's got to be cold so the statues and stuff don't melt. It's part of winter," said Jeffrey Kester.

There are plenty of indoor activities: arts and crafts, food and music.

Still, some folks are worried the dangerous cold may keep the crowds from coming.

"Yes I am, yes I am, but I'm hoping we have die-hards and they'll still come out and support us," said Paulette Okum of Paulette's Pretty Purses in Clarks Summit.

Newswatch 16 spoke with people who can remember years past when it was too warm and the ice melted. They said in terms of the ice, this cold is much better weather to have.

"You know when people come out for an ice festival, they expect it to be cold. They expect to bundle up and pop in, pop out you know? said Gerrie Carey, president of borough council.

The Clarks Summit Festival of Ice runs through Sunday.