How are baseball fans dealing with no opening day, at least for a little while? We introduce you to a Yankees fan who has found the perfect way to pass the time. 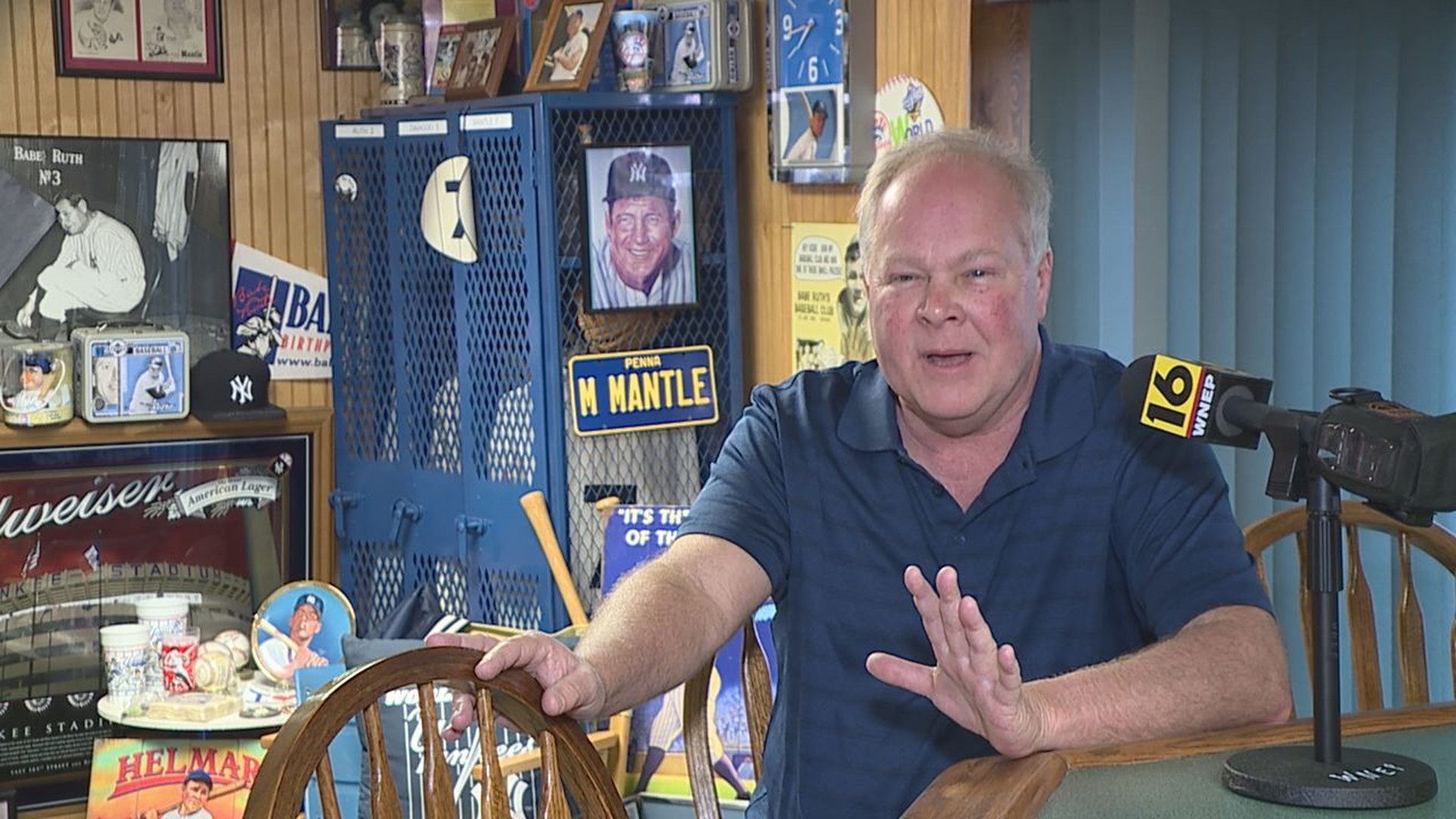 Every spring, it's a fresh start. Except, maybe this year.

"It's killing me," Kelly Eisenhauer said. "I'm a die-hard Yankee fan and this was supposed to be their year."

Even die-hard Yankee fans don't have what Kelly Eisenhauer has in his basement.

"Yeah, it's Yankee Stadium, revisited," Eisenhauer said. "The ghosts of the past – they're all here and some of the current stars."

The collection dates back to 1964. A retired English teacher, Eisenhauer spent 35 years at Lehighton Area High School. Even a piece of that history is entwined.

"The lockers are actually from Lehighton Junior High School," Eisenhauer added. "We were fortunate enough to get three. I spray-painted them Yankee Blue."

He even assigned one to his hero.

"Mickey Mantle obviously was my favorite. Had a chance to meet Mickey four times," Eisenhauer said.

"You can see his signatures there and had nice, little notation: Thanks for being a great friend," Eisenhauer explained.

Eisenhauer isn't just a collector. He's also a freelance writer for Sports Collectors Digest. He's written 41 articles in the last three decades and his latest is available in the current edition.

"Just came out," Eisenhauer said. "It deals with the magazine cards of Mickey Mantle. The earliest one goes back to 1954. When Sports Illustrated actually appeared for the very first time."

The stories and hobbies keep the game alive.

"I collect other things, too," Eisenhauer said. "I can look around my room and daydream if you will, but yes, you need something, because I'm going batty and these are lean times right now. I can't wait for baseball to start up again."