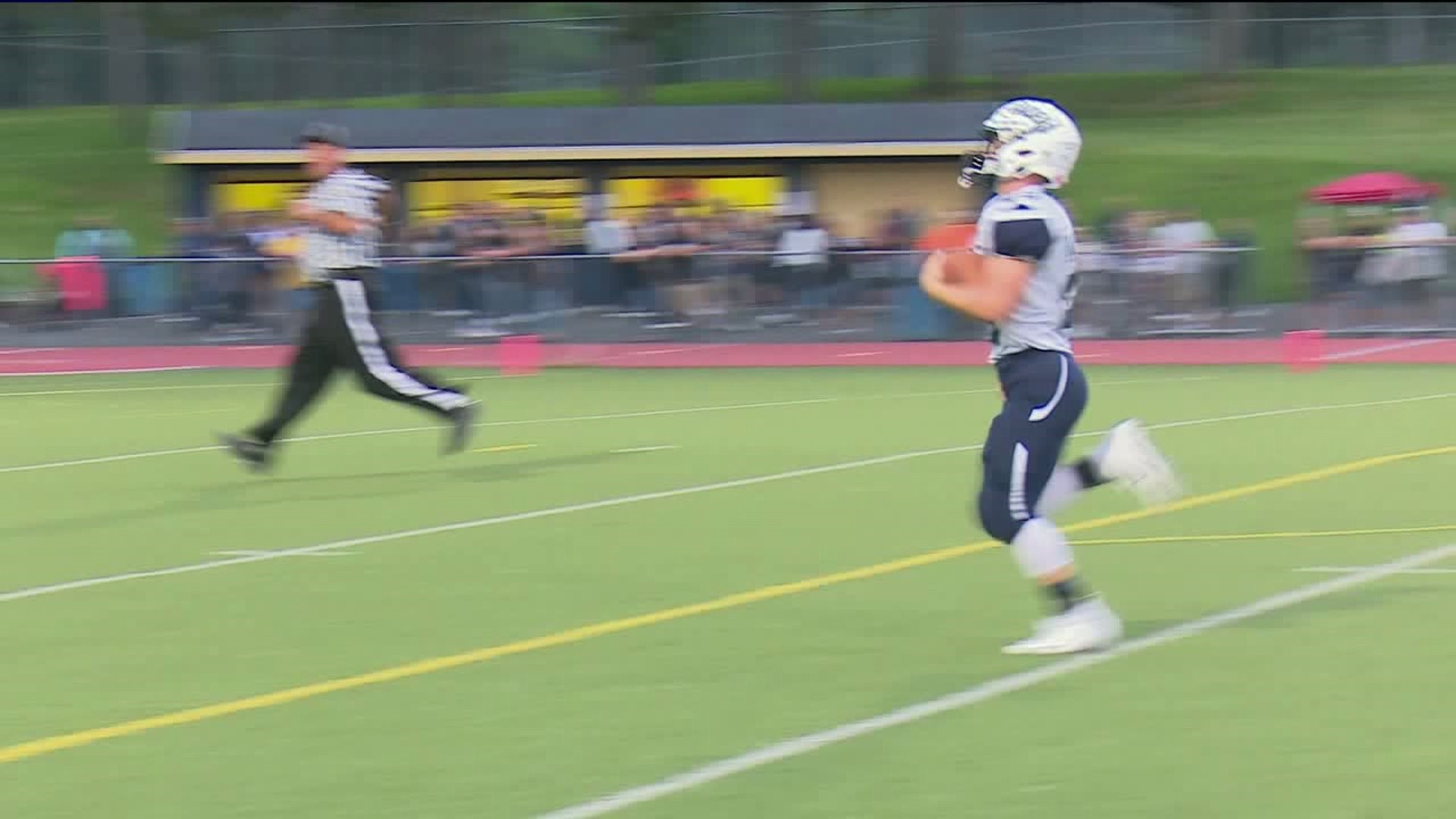 The Tamaqua Blue Raiders return two key players: Nate Boyle and his 22 rushing touchdowns last year, and Brayden Knoblauch, a senior quarterback that head coach Sam Bonner has a lot of respect for.

"He's a leader," Bonner said. "He's a three-sport athlete. This kid makes a lot of plays for us and any year you have a quarterback like Brayden (Knoblauch) coming back, it definitely bodes well for the offense. He's an all-around player. It isn't one thing. He's got a great arm. We're going to throw some plays in there where he's going to start running the ball a little bit more and he's probably like a 4.65, 4.7 40 kind of guy. So we want to make sure that we use him as much as we can."

"Last season was great, coming in, finally having a really good, winning season and we really want to build off of the losses we had last year and just try and eliminate them," Tamaqua senior tight end Jake Barron said.

"As long as we all stay healthy, I think that we're going to have a lot of success, but we can't have any injuries this year," added Matt Kistler, Tamaqua's senior wide receiver.