On this track, she’s not Brandy Ralston. She’s “Tea Baggins.” You need a nickname in roller derby and a competitive spirit. “IR... 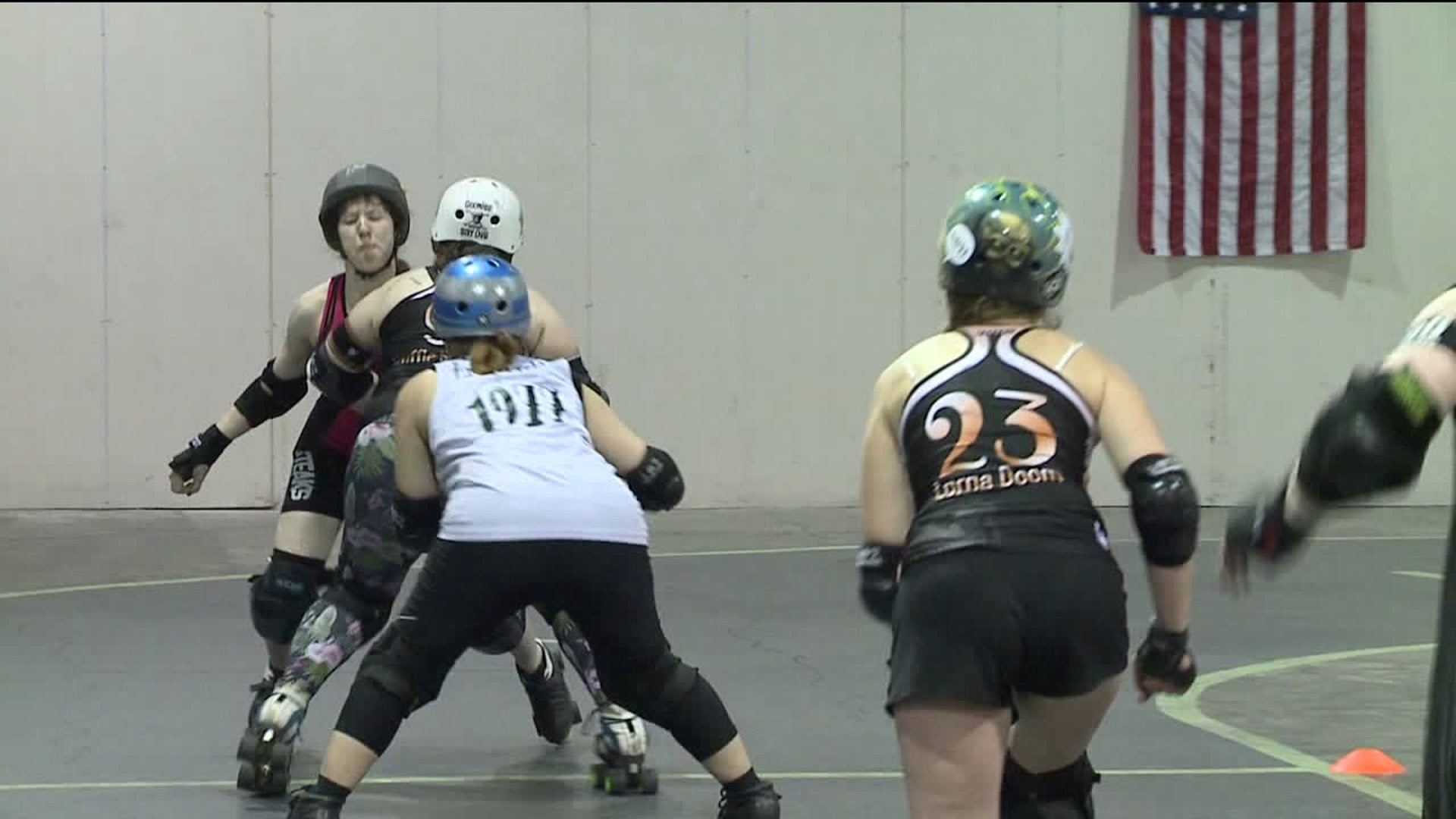 On this track, she's not Brandy Ralston. She's "Tea Baggins." You need a nickname in roller derby and a competitive spirit.

"I'm a big one up-er," Ralston said. "I wanted to one up our all-stars because they went to Colorado last year. So I wanted to go out of the country and be better than them."

So, the Wilkes-Barre/Scranton Roller Derby League President made some calls. She's taking her B-level team, the Low Rolling Deuces to Ireland, setting up two bouts in Dublin next weekend.

"It really is a community," Ralston explained. "It's kind of like your cousin. You can call your cousin that lives by the beach and be like, 'hey, can I come and stay with you?' So, it's like that same thing. So, we thought it and we made it happen."

"I was like, 'wow! Am I even going to be able to do this? I'm a stay at home mom,'" Ashley "Coldblooded Myrtle" Salitsky recalled. "It's exciting."

"Some of us, first time on an airplane, first time traveling out of the country," Kelly "Jelly Boehmnut" Boehm added. "So, it's really a small family going on an adventure.'

A trip to Ireland clearly doesn't pay for itself. But thanks to nine local sponsors, countless community donations and that relentless roller derby determination, the team exceeded their fundraising goals.

"We really spent eight months to a year really fundraising -- whether it was a paint night, or music event -- so there was something for everybody," Boehm said.

A couple dozen Deuces are making the trip to the Emerald Isle, a trip they hope helps grow the sport back home.

"I hope that other people see what we've done and how hard we've worked and they want to part of it, too," Salitsky said. "We're kind of like the best kept secret and it shouldn't be a secret. Everybody should know about roller derby."

The Low Rolling Deuces roll out next week. They'll face both Dublin Roller Derby and the East Coast Cyclones from Northern Ireland on June 29th.