There’s something special about the young talent right now at Birchwood Tennis Club. “I think ‘unique’ is probably the best word,”... 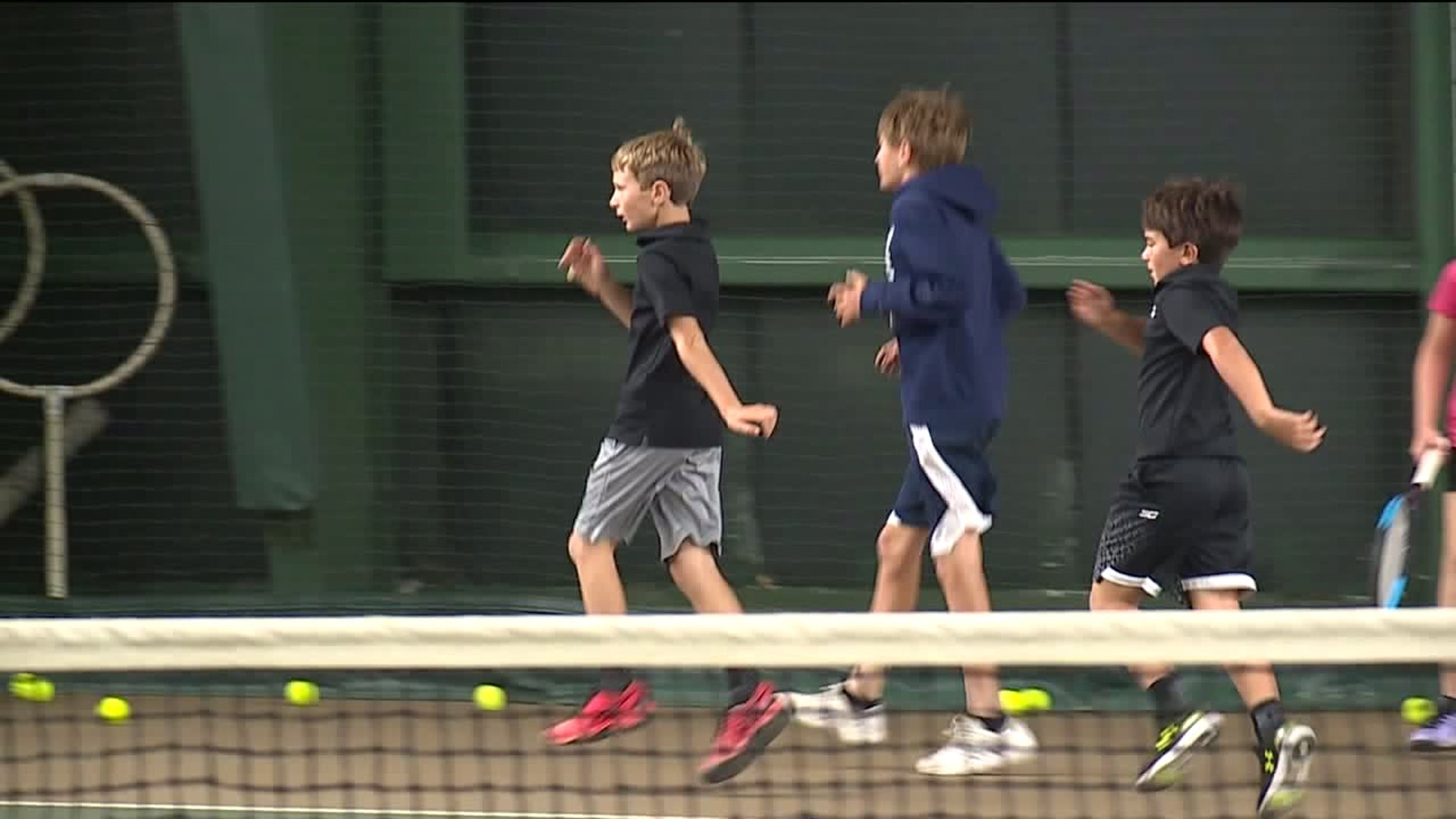 There's something special about the young talent right now at Birchwood Tennis Club.

"I think 'unique' is probably the best word," Birchwood Tennis Club Director of Tennis Tim Haus said. "There's so many kids. They're all different styles, coming from different areas of northeast Pennsylvania and their success has been just tremendous."

That success was on display last month at the Little Mo Northeast Regionals at Forest Hills. We've featured Kyle Chesman of Dallas and Tristan Vivona of Waymart before. Both of them won the title in their respective divisions. Jake Jones of Dallas finished second. He's just 11 years old, but on top of his game.

"I just practiced and kept trying and eventually, you're going to get it," Jones said.

"He's very smart," Haus explained. "He understands how to move you in and out of position to get the shot that he wants."

"You have to go for a lot of balls," Jones added. "You can't just sit there just hitting with them because eventually they're going to make a move and you want to try to make the move first."

"He's just so crafty," Haus added. "You just never know what he's going to do.

Jake's talent on the tennis court runs in the family. His younger brothers, Dylan and Luke, play as well and they don't just look up to their older brother. They try to beat him."

"He's inspired me a lot," Dylan said. "I want to beat him every time I play him."

"I just want to keep trying until I get more games and more games until eventually I'll win and then once I win, I'll be happy," Luke said.

Until then, it's a nice sibling rivalry.

"Playing with them is fun," Jake said, "Sometimes you get into little arguments."

"It's hard because usually they just annihilate me in tennis," 8-year-old Luke admitted. "I don't really beat them at all."

"He gets a little angry playing us, but it's all competitive," the eldest, Jake, explained.

"They're really good tennis players and I want to be as good as them when I'm older," Luke said.

All three Jones brothers, Chesman and Vivona all qualified for the next Little Mo International Tournament in Orlando this October.