People are calling the NHL outdoor game 'the worst experience'

Hours of traffic, chaotic parking and food shortages made for a frustrating night, according to some upset fans. 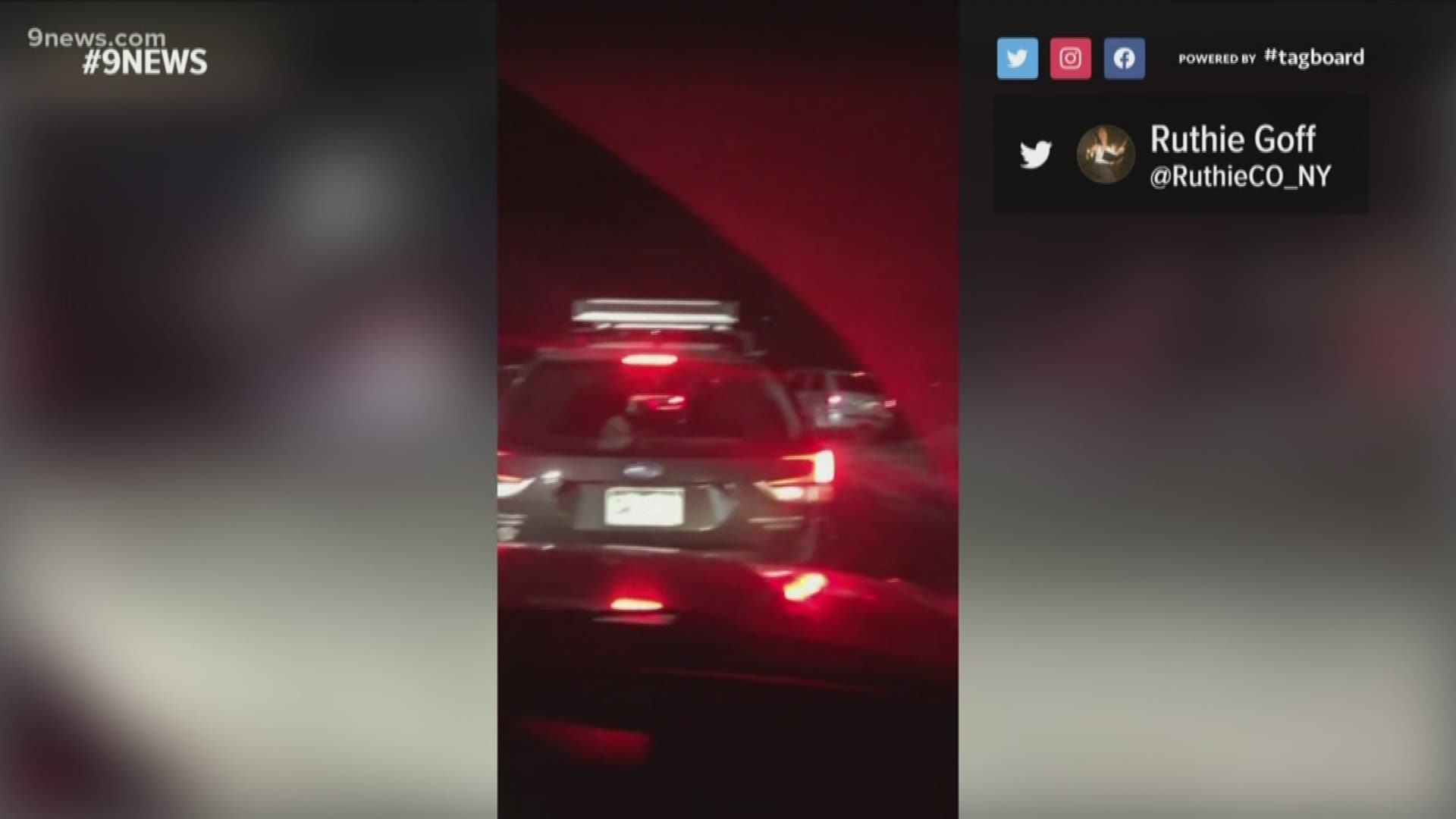 COLORADO SPRINGS, Colo. — The NHL Stadium Series outdoor hockey game on Saturday between the Colorado Avalanche and Los Angeles Kings had some uh, "hiccups," if you will – and none of it had to do with the game itself other than the fact that the Avs lost.

The game, which took place at 6 p.m. at Falcon Stadium at the U.S. Air Force Academy following a pregame festival in the parking lot, drew more than 43,000 fans. The stadium has a capacity of 46,692.

The problem, though, was actually getting into the game – and out.

"After I finally made it to the entry gate at the game at Falcon Field yesterday, nearly everyone, including people in their 70s, were stating that this already was the worst sporting experience IN THEIR LIFE," a man named Tony said in an email to 9NEWS. "Not just one person was saying this, everyone was saying it.

"We ended up paying $430 for 10 minutes while experiencing 6 hours of hell," he said, adding that it took him 2.5 hours to drive the last four miles to the stadium.

WATCH: This guy didn't think the Avs' Stadium Series game was all that bad

The 18-mile South Gap Project was only the beginning of traffic issues getting into the game. Crashes on Interstate 25 snarled southbound traffic, turning the one-hour drive from Denver to the stadium into almost three hours.

The Colorado Department of Transportation (CDOT) urged drivers around 2 p.m. Saturday to leave as soon as possible if they had plans to get to the game. But for many, it was too late.

The Air Force Academy released a statement Sunday night saying, "unfortunately, several factors the day of the game came together to cause even greater than expected traffic delays."

The academy said last-minute road closures for crashes and 'emergency pothole repairs" contributed to the issues. You can read the full statement at the end of this story.

This video from the flyover shows lines of traffic making their way (sort of) into the complex:

Once on Air Force property, traffic was at a near standstill for hours leading up to and during the game – some not making it into the stadium until the third period.

Fans took to Twitter to share their experiences, pointing out that some people began abandoning their cars in an attempt to get to the game.

Videos also show no rhyme or reason in the parking lots, in what eventually became a very dark mess of mud, snow and intoxicated people trying to find cell service when the game was over.

Even Woody Paige had a few words to say:

Word on Twitter and around the stadium (I was there!) was there was a shortage of food and alcohol.

The Air Force Academy's spokesperson, Troy Garnhart, on Sunday said "some concessions, including the beer concessions, were delayed in replenishing supplies, but we are not aware that any ran out.

"There were long lines, yes," he said. "The AF Academy will review to see where we can improve for future AF events."

The event touted rideshare services would be available, and indeed there were signs for drop-off and pickup. But fans said they were wandering around in the dark parking lots trying to find service to order rides after the game. But there wasn't any service and a lot of people found themselves stranded.

Garnhart on Sunday said the NHL brought in Verizon and AT&T cell towers to help with connectivity.

In an email to 9NEWS, Uber said it was not involved in any official capacity with the event or any planning.

And I must mention, people are calling the experience the "sports version of the Fyre Festival."

Cassie Lynch of Littleton said while things "went very poorly," she connected with some great people who helped:

To mitigate the anticipated traffic congestion, the Academy opened at 5:30 a.m. and eliminated vehicle ID checks at 12:30pm - five and half hours before the game. We thank the many fans who took advantage of that window to arrive well in advance and enjoy the Fan Fest activities that started at 1pm. Because of this early planning, the vast majority of fans were able to get to the stadium prior to the puck drop and had an amazing experience at the game.

Unfortunately, several factors the day of the game came together to cause even greater than expected traffic delays. Unlike many large sports venues, all traffic into the two gates at the Air Force Academy comes from one interstate. In the hours leading up to the game, there were numerous road condition changes and unforeseen events including multiple lane closures in both the northbound and southbound lanes of I-25, emergency pothole repairs that forced further lane closures, and multiple vehicle accidents between Castle Rock and Monument. Despite our best efforts, all of these, added to the already challenging traffic conditions along the I-25 corridor, combined and unfortunately impacted some fans travelling to the game.

At the conclusion of the game, as we were routing traffic off base, there was a tragic incident at our North Gate that resulted in the death of one of our guests. Outbound traffic was immediately diverted to allow for emergency response crews and investigators to arrive on scene. While the details of that incident are still under investigation, we are devastated by the event and send the deepest condolences to his loved ones. We thank all of the crews who worked to clear traffic from the base despite only having one gate and we appreciate the patience and understanding of everyone impacted.

While we regret the unfortunate circumstances experienced by some fans, a near capacity crowd was in their seats at the start of an exciting night of hockey. We appreciate the efforts of fans who planned ahead and arrived early and most were able to enjoy a fantastic evening with multiple flyovers and musical performances that highlighted the competitive spirit of the NHL, the history and culture of the Academy, and the milestone achievements of USA Hockey.