TUNKHANNOCK, Pa. — A group of local organizations teamed up with a local artist for the better part of six years to give life to a blank space in Tunkhann... 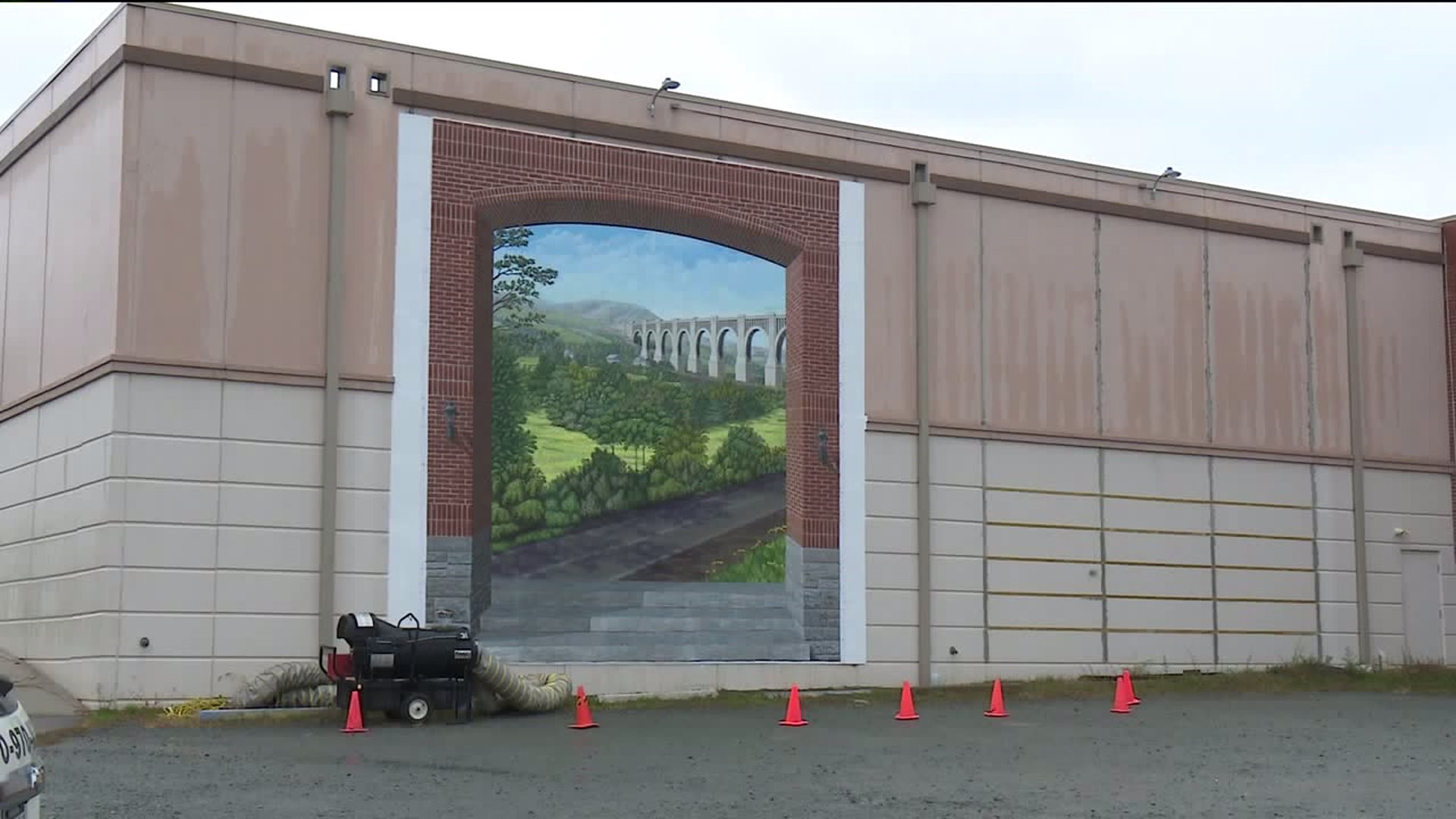 TUNKHANNOCK, Pa. -- A group of local organizations teamed up with a local artist for the better part of six years to give life to a blank space in Tunkhannock, and the concept is one most people in our area can recognize.

"We decided that this building needed to tell a story and what better story to tell than Wyoming County's story?" said the Dietrich Theater's Erica Rogler.

"It's funny. We always laugh that it's called the Tunkhannock Viaduct but it's not in Tunkhannock. Now we have it in Tunkhannock!" said Jean Ruhf, executive director of the Endless Mountains Visitors Bureau.

"It's right in the center of town. It's a wonderful building. It's a great opportunity to use an empty space to maybe attract some attention," said artist Bob Lizza.

Lizza spent months working on the mural in his studio in Tunkhannock. The pieces were finally hung this week. Lizza hopes his attention to detail will stand out to people visiting the borough.

"When all was said and done, people might drive by and think this is real brick."

Leaders from the Dietrich Theater and other community organizations worked for years and received grant money to make the mural a reality.

"It was unbelievable!" Rogler said. "Through his Instagram account, we were able to see his progress from the first brick he painted and then to be able to see it going up in just a matter of two days was tremendous to us."

This is just the first of three parts to be completed. The second piece will be the rest of the Tunkhannock viaduct. The theme for the third piece has yet to be determined.