You can donate to help parents spend special time with their newborn children. 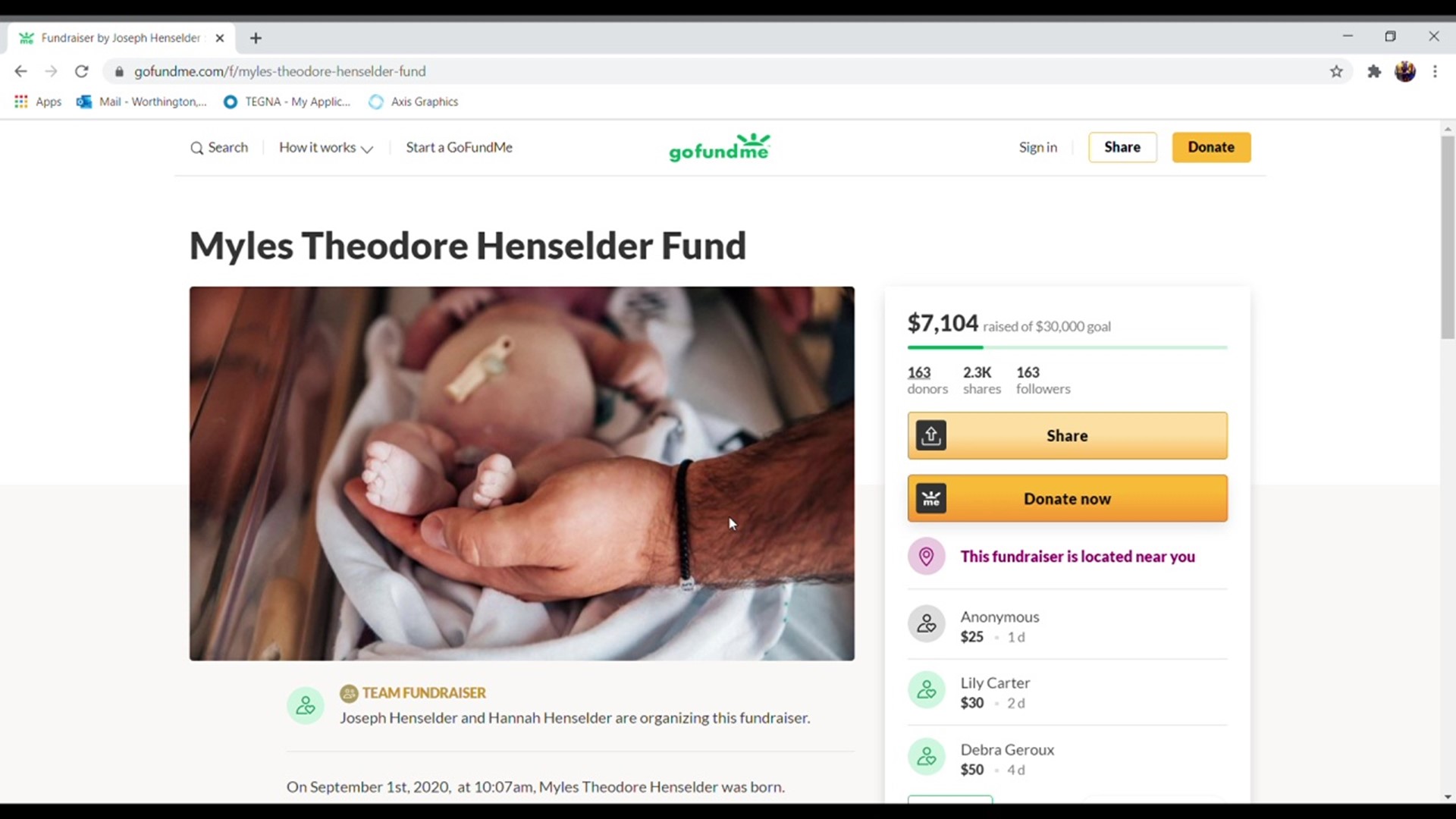 TUNKHANNOCK, Pa. — Hannah and Joe Henselder of Tunkhannock are the parents of baby boy Myles. A few months before he was born, the couple learned Myles would be born with a rare and fatal form of dwarfism called thanatophoric dysplasia.

"It's shortening of the ribs, and the limbs are stunted, so he's never able to breathe out of utero," Hannah said.

"Coronavirus being what it was, she had to find that out on her own, so I had to sit out in the car, and she had to make the phone call and tell me," Joe recalled. "Horrible, horrible. No words to describe."

Hannah and Joe knew that Myles would likely only survive a few minutes after birth.

But thanks to something called a Cuddle Cot, a special medical device that preserves a baby's body, the Henselders had the chance to spend 72 hours with their son and say goodbye.

"We were able to hold him and talk to him. The head nurse brought us clothes to put on him. It's irreplaceable."

The couple discovered that the Cuddle Cot was donated to the Syracuse hospital they were in by another family who lost their own child, Caitlin, at birth.

Caitlin's family and the Cuddle Cot gave Joe and Hannah the gift of time with their newborn, a gift they now want to give others who may face a similar situation.

The couple started a fundraiser so they can donate as many Cuddle Cots as possible to local hospitals.

"It's definitely helped us being able to believe that his memory is going to help other people. The same way we saw Caitlin's name on the one we used, give somebody the chance to have a little bit of time they wouldn't have," Joe said.

The GoFundMe account has already raised more than $7,000, enough to cover the cost of two Cuddle Cots.