First responders across our area are stepping up to help celebrate the birthdays of children whose parties were canceled due to the coronavirus. 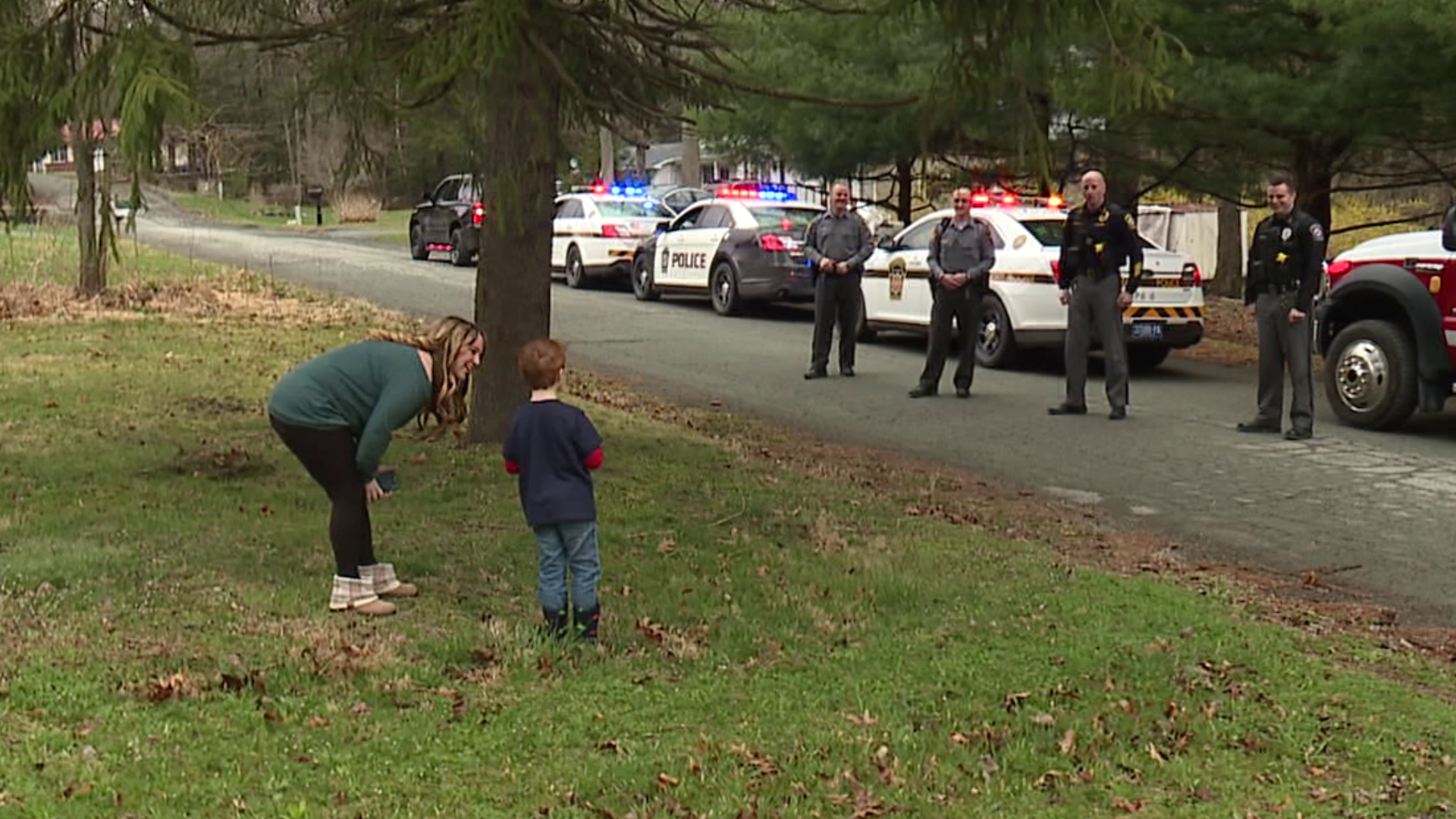 FALLS, Pa. — When a parade of police cars and firetrucks turned onto a quiet street in Falls Township with their sirens blaring, the newest six year old on the block was caught by surprise.

Brayden Peters was supposed to celebrate his sixth birthday this past weekend at a trampoline park in Dickson City. That party had to be canceled because of the coronavirus.

"I felt kind of down," Brayden said.

So when his mom heard that the Tunkhannock Township police were doing drive-by birthday shout-outs, she joined the growing list of requests the police department has been more than happy to accommodate.

"When you're a little kid, your birthday is everything. It's a milestone. And to think that they can't go anywhere and they're stuck in their house and parties are being canceled, it's just a small gesture for us to show our gratitude," said Tunkhannock Township Police Chief Edward Morristell.

Even though his birthday party was canceled on Saturday, Brayden says he still had a fun time. But seeing the caravan of flashing lights and sirens was the icing on the cake.

The Tunkhannock Township police officers were joined by members of the Lake Winola fire company and Pennsylvania State Police.

The surprise greeting caused just enough commotion to bring neighbors out of their homes to catch a glimpse of the happy occasion.

"It was more than we ever expected actually. Just to keep the connection and the positivity going during a time like this is great," said Brayden's mom Brittany Peters.

It wasn't just Brayden's day that was brightened. For the first responders, delivering these birthday messages provides a much-needed break from their more difficult tasks.

"Seeing the kids smile is priceless," said the chief. "As happy as it is to make them smile, it's great for us as well. My guys are working long shifts, and all these people are out here on the front lines trying to make sure everybody's safe, and you know I think we could all use some positivity right now."