Vandalism a Concern in Honesdale

HONESDALE, Pa. — A recent string of acts of vandalism is causing concern for people living in one community in Wayne County. On July 10, two bridges and a... 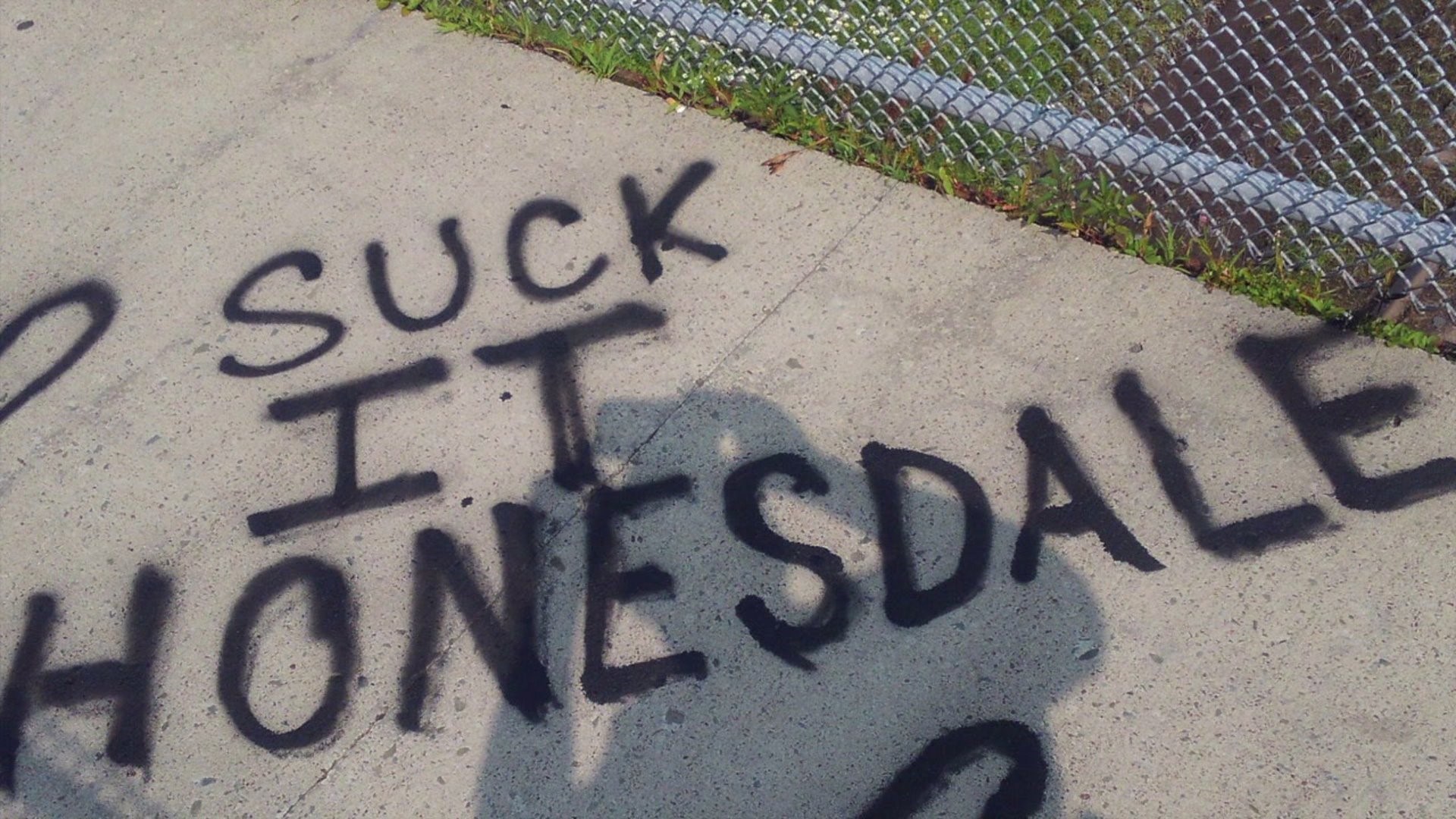 HONESDALE, Pa. -- A recent string of acts of vandalism is causing concern for people living in one community in Wayne County.

On July 10, two bridges and a company's storage facility were vandalized with graffiti. The next day, an abandoned building that used to be a coal bin was set on fire, and sometime between July 13 and July 16, all four tires of a Honesdale Fire Equipment ladder truck were damaged.

"I believe that people are scared to go out in the evening," said Karen Hafler.

Hafler has lived in Honesdale her entire life and these recent incidents have her concerned for the future of her hometown.

"I believe that vandalism is definitely getting worse. We never had it when I was growing up."

But Robert Green, also a Honesdale native, sees no cause for alarm.

"I do not see this as a growing problem. I mean, I was a teacher for 34 years. Kids do stupid stuff, and I think that's all it is," Green said.

Dan Cox owns the Tie Dye Shop on Main Street in Honesdale. His message for kids who may want to rebel is to do so in a more productive way, such as with art.

"I vandalize these (shirts) with dye so they look pretty and then I sell them!" Cox said.

Some residents have raised the idea of starting up a neighborhood watch group. Opinions on that are mixed.

"Myself, I would love to have that around here. Neighbors should watch out for neighbors," Hafler said.

"We're not ready for that," said Green. "It's a little bit of graffiti. If they can prove the arson was done by that, that's one thing."

Some have also suggested a curfew for kids under the age of 18. There is a 9 p.m. curfew for the parks in Honesdale, but the police tell Newswatch 16 that's probably all there ever will be.

Police have not yet been able to connect the damage to the truck with either the graffiti or the fire at this abandoned building.

Remnants of the graffiti remain on the storage facility on Commercial Street and the old coal bin has been torn down.

Residents hope that's where the changes to their home come to an end.