CLIFFORD TOWNSHIP – Troopers said three teens who weren’t wearing their seat belts were thrown from their car as it crashed Thursday night in Wayne County, but ... 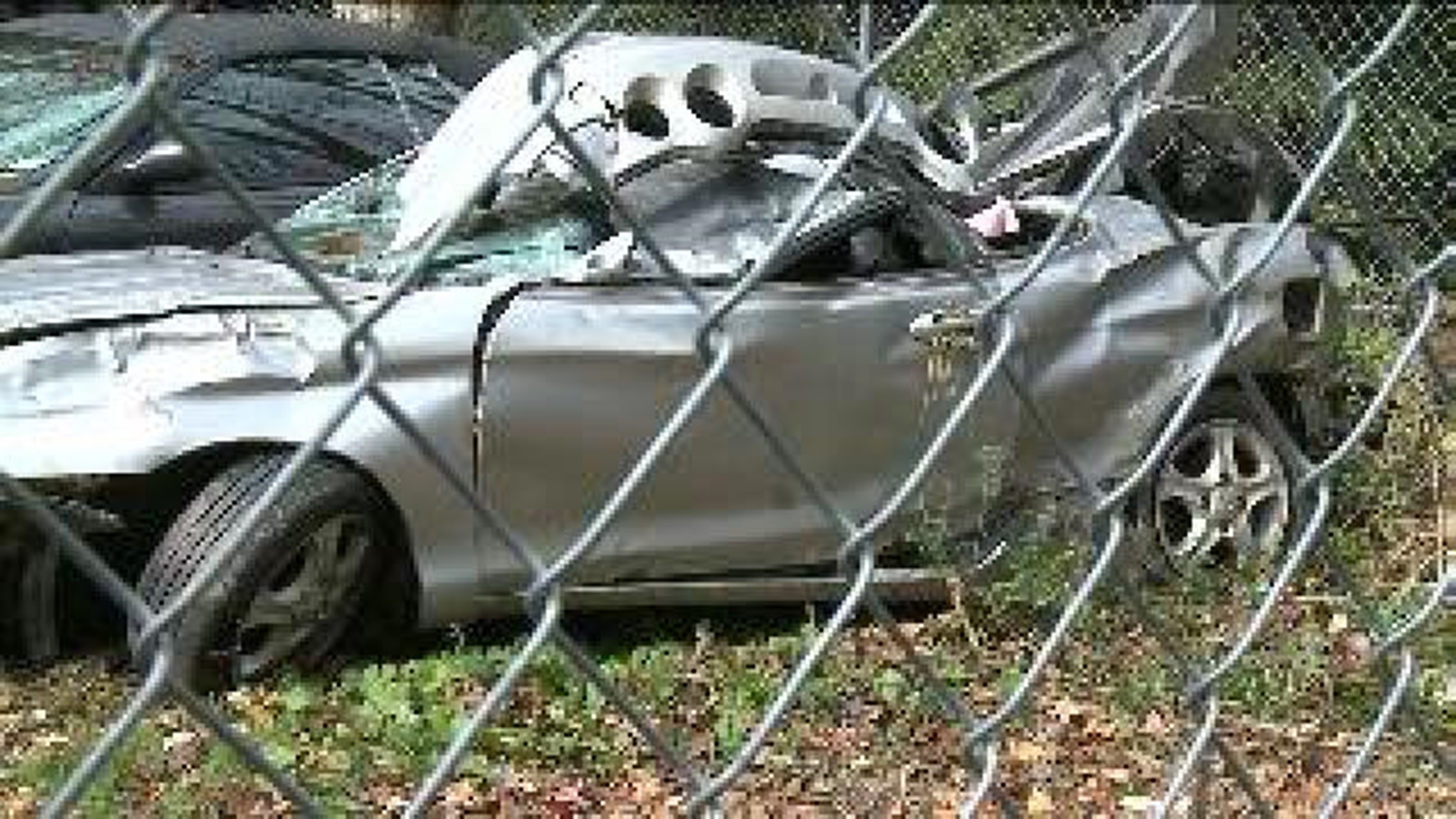 CLIFFORD TOWNSHIP – Troopers said three teens who weren’t wearing their seat belts were thrown from their car as it crashed Thursday night in Wayne County, but the one teen who was wearing her seat belt is now out of the hospital. Troopers said she crawled from the wreckage and was able to go get help.

State police said the car was traveling at least 80 to 90 miles an hour before it landed just off State Route 170 in Wayne County. They said the four teens inside all were injured, three of the four not wearing seat belts.

"It was nothing short of a miracle that they were able to survive this crash,” said Trooper John Chervanka.

The four victims are all students at Honesdale High School. Senior Joe Ciraolo said word of the crash near Prompton State Park quickly spread through the hallways.

"Just kind of sad honestly when you think about it, you never really know, you think high school life you got a car and everything is great and nothing bad`s going to happen,” said Ciraolo.

"Unfortunately it`s occasions like this, if in fact they weren`t wearing their seat belts, that remind us that it`s really important,” said Wayne Highlands School District Superintendent Greg Frigoletto.

State Police said the teen driver that crashed off of State Route 170 was driving with a Junior license, and that he was legally allowed to have three other teens with him in the car.

Troopers said because the driver had his junior license for about a year with no violations that he could travel with several other teens in the car, but they want other young drivers to learn from their fellow classmate’s mistakes.

Students at Honesdale said they’re keeping their classmates in their thoughts and plan to be more cautious behind the wheel.

"Oh definitely, anyone who knows them and to those kids too, you know I hope they recover and everything turns out to be ok,” said Ciraolo.

State Police said the teen driver will be charged with seat belt violations and speeding.