Three seniors came up with the idea to honor Mrs. Kara Vullo, a teacher in the Family and Consumer Sciences Department. 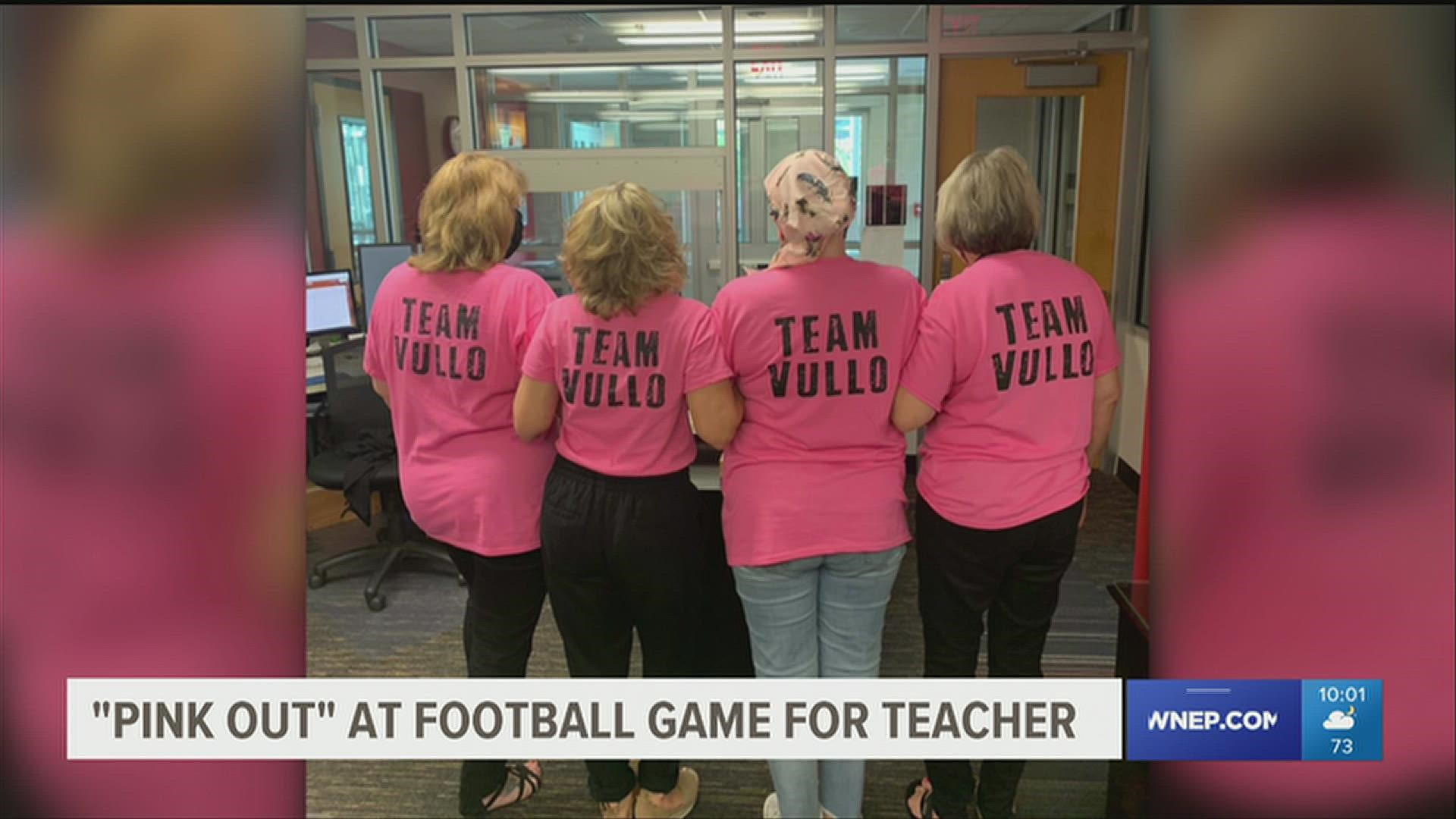 HONESDALE, Pa. — While the school colors for the Honesdale Hornets are red and black, the stadium was filled with high school football fans wearing pink.

At Honesdale's home game against the Valley View Cougars in Honesdale, students held a "pink-out" to rally for a teacher battling breast cancer.

Three seniors came up with the idea to honor Mrs. Kara Vullo, a teacher in the Family and Consumer Sciences Department.

Senior Sam Hopkins says what makes Vullo really special to the senior class is that she's been with them all through their high school years.

“She's been our class advisor for the last four years and she's done everything for us. She's always been there for us. And it was the least we could do,” said Hopkins.

Mrs. Vullo has been on leave from teaching, however, she did stop by the high school before the game to snap some pictures wearing the shirt bearing her name.

Senior Darcy Banicky says it was a bit emotional seeing her in school.

The bleachers were decorated with pink balloons and the workers selling concessions were also donning pink t-shirts.

Senior Zach Wilken says since October is breast cancer awareness month, they felt it was only right to dedicate this “pink out” to her.

“We just decided we just thought Mrs. Vullo's done so much for us. Doing everything for us, from fundraising to just giving us a nice encouraging word for the day,” said Wilken.

And while the two football teams battled it out on the field, these seniors say the true champion of the night was Team Vullo. 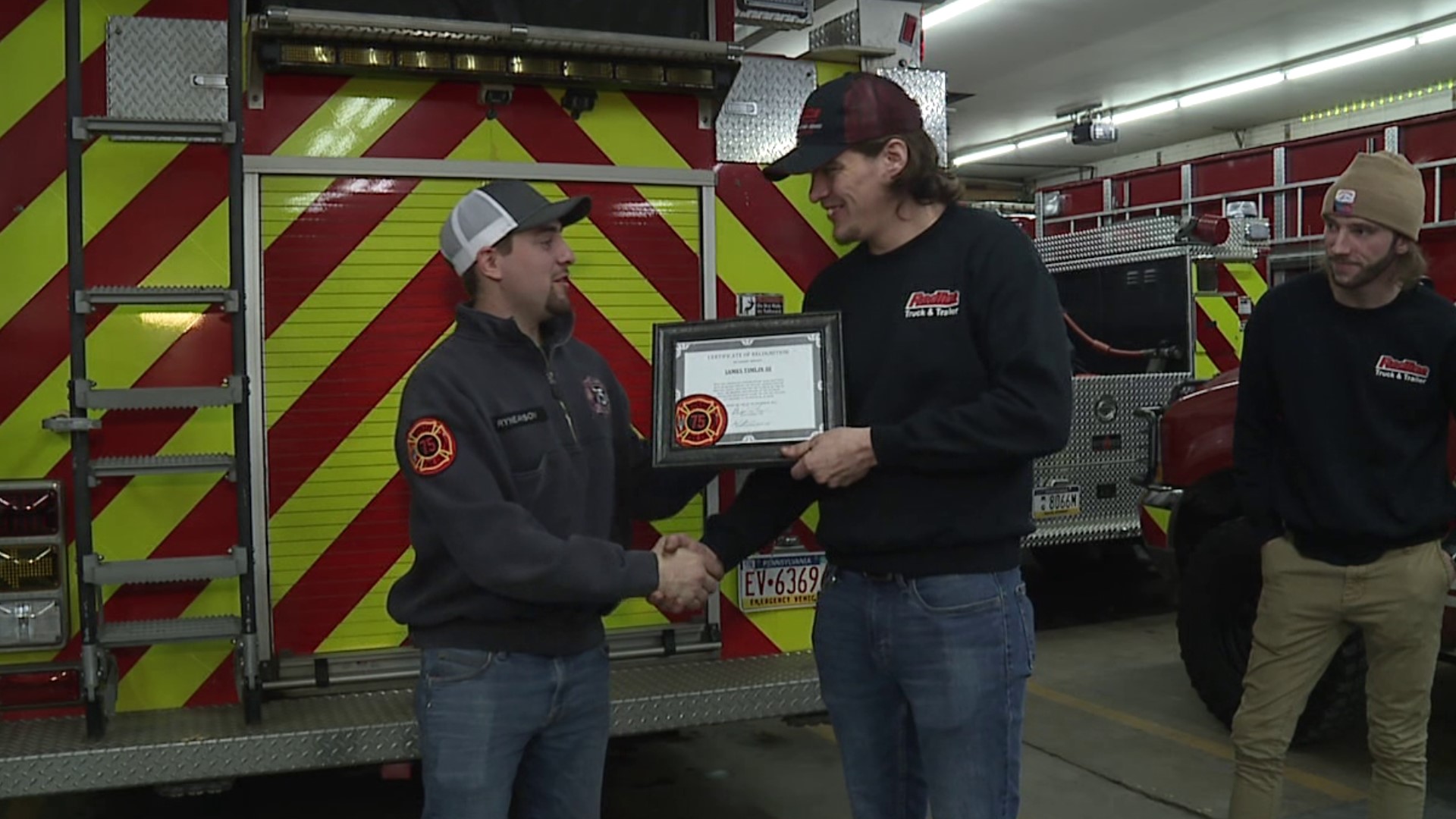