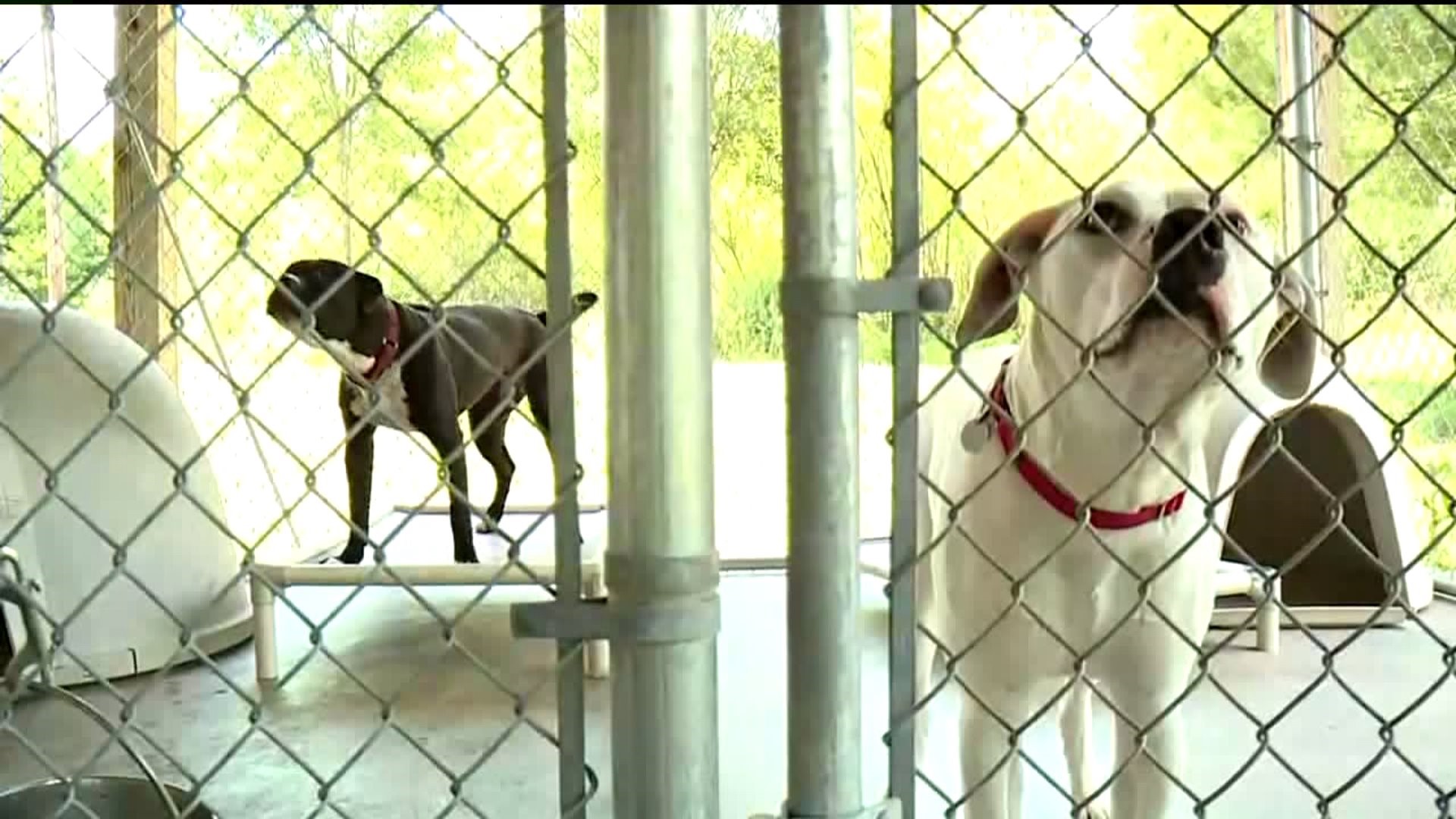 But in his spare time, he likes to help out four-legged friends in need of good homes.

"I just feel bad for them being stuck in a crate all day. They go abandoned and they need to be loved, too," said Merron.

Caleb entered this picture of his dogs, Sadie and Charlie, into a pet photo contest online.

The pups won fan favorite and Caleb won a year's worth of Purina Dog Food but instead of keeping the food, Caleb donated it to Dessin Animal Shelter near Honesdale.

"It's really nice to donate to people. They need food because soon the animal shelter is going to eventually run out of money so they need that free dog food," said Merron.

Shelter managers tell Newswatch 16, they haven't been getting a lot of dog food donations lately, so this could not have come at a better time and it will keep them going for quite a while."

"Recently we haven't really been getting the trucks filled with the broken bags and everything, so every little bit helps. This food will probably last us at least six months if not longer which is a huge impact for the animals," said Caitlyn Robbins, Dessin Animal Shelter.

Caitlyn Robbins is an administrative assistant at the shelter in Dyberry Township.

She says she's blown away by the generosity of someone so young.

"These days you don't see a lot of people from that generation do that. We are just blessed to be in such a wonderful community that they would do something like that," said Robbins.

Caleb will hand over 12 coupons for free dog food to the shelter, as soon as he receives them.