Honesdale Digs Out from Snowstorm

HONESDALE, Pa. — Long before daylight, plows were on the road and people were out shoveling their walks in Wayne County to get ready for the day ahead. &#... 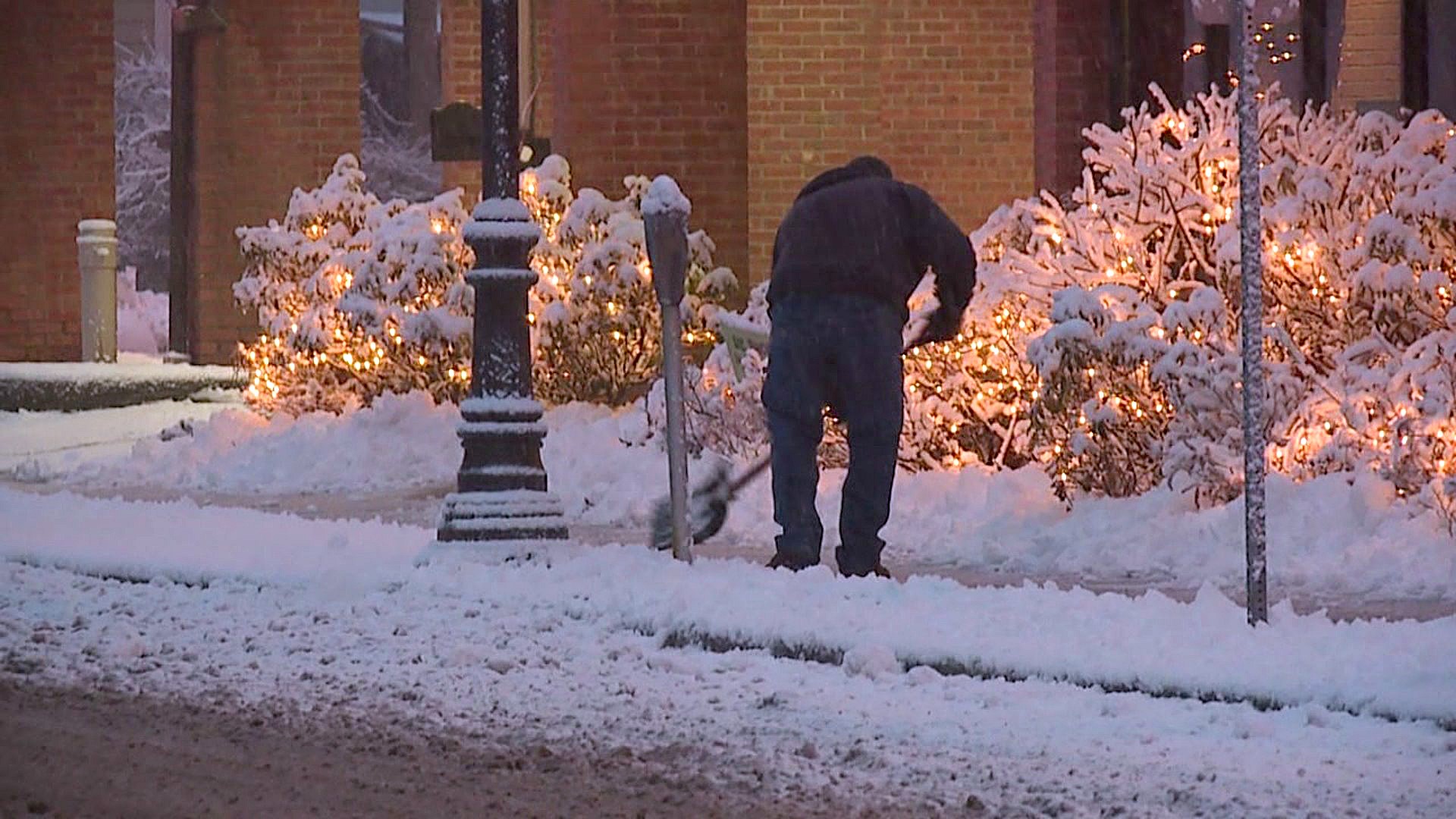 HONESDALE, Pa. -- Long before daylight, plows were on the road and people were out shoveling their walks in Wayne County to get ready for the day ahead.

"I don't like it! It's supposed to get 8 to 12 inches. I don't know. I don't know when it's going to stop, but I wanted to get ahead of it," said Gary Wegrzyn, who was shoveling out front of his building.

Some were working to keep the sidewalks clear for our four-legged friends.

"We have the Honesdale Dog park. So, I'm over there this morning plowing out the entrance, getting ready for the puppies to come down and have a good day in the snow!" said Dave Rickert of Honesdale.

While the weather made for slick road conditions, those we spoke to say they've come to expect this type of weather this time of year.

"I remember my father put me out the window, so we could get out the door I had to shovel the door because it was all up here," said Raymond Bogart, who was taking a break from shoveling. "That was the way it was back then, you know this is nothing. The worst up here is the ice," explained Bogart.

While the snow is heavy and requires breaks in between shoveling, Bogart says the sidewalks are easier to clear than the roads.

"Unless you got an emergency to get out, you know, I wouldn't travel in this weather. Those days are over," said Bogart.