CANAAN TOWNSHIP, Pa. — There are some signs showing up in the Waymart area and there’s a big one along the Casey Highway (Route 6) near Dunmore R... 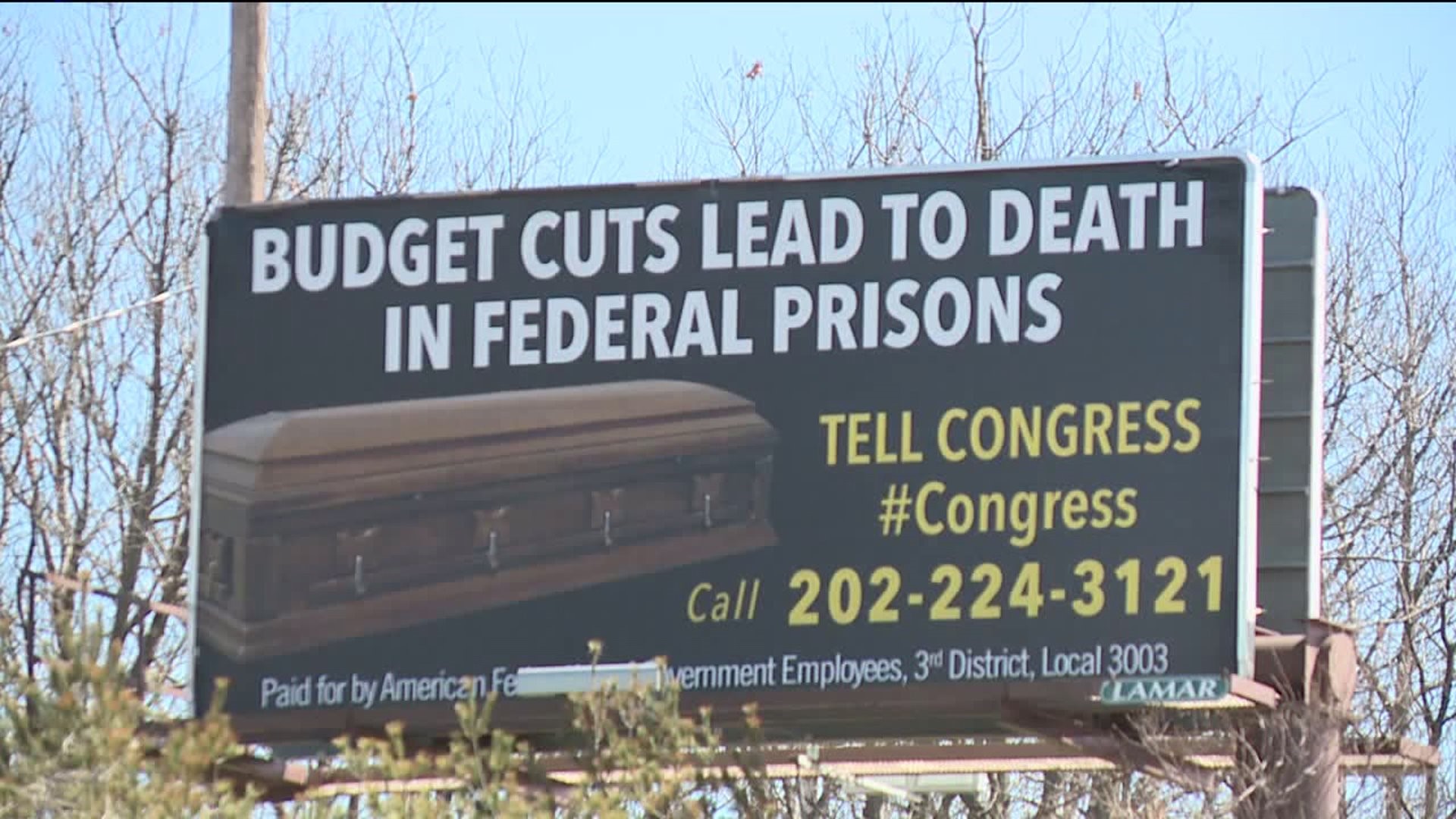 CANAAN TOWNSHIP, Pa. -- There are some signs showing up in the Waymart area and there's a big one along the Casey Highway (Route 6) near Dunmore -- a coffin and a message for people who see this to take action.

"It's blunt, it's a coffin because budget cuts and staffing cuts, that's what happens, staff can get hurt and get killed," said Joe Pellicano, Council of Prison Locals.

Pellicano is a correctional officer at the federal prison Canaan Township, near Waymart, and a representative for the officers' union. He says the federal prison system is not replacing officers who leave including at USP Canaan.

Correctional Officer Eric Williams was murdered there by an inmate several years ago.

"We're afraid of having another staff member murdered at this prison or any other prison," Pellicano said.

Under the Trump administration, the Department of Justice appears to be shifting toward using more private prisons.

Courtney Bogorowski works at Canaan and advocates for safety in prisons.

"Staff reduction, you're taking away people who can respond to incidents that occur within the institution," Bogorowski said.

The billboard on the Casey Highway in Lackawanna County has been up since early April and will be up until the middle of May. Correctional officers are asking folks to call members of Congress to urge the Department of Justice to stop cutting the staff at federal prisons

The Federal Bureau of Prisons declined to comment even as internal union reports show that prisons in our area are about 10 percent below the full numbers of correctional officers.