Returning a Piece of History

EAST BUFFALO TOWNSHIP, Pa. — There is a lot of history on Agnes Rathfon’s kitchen table at her home near Lewisburg. Everywhere you look is the face ... 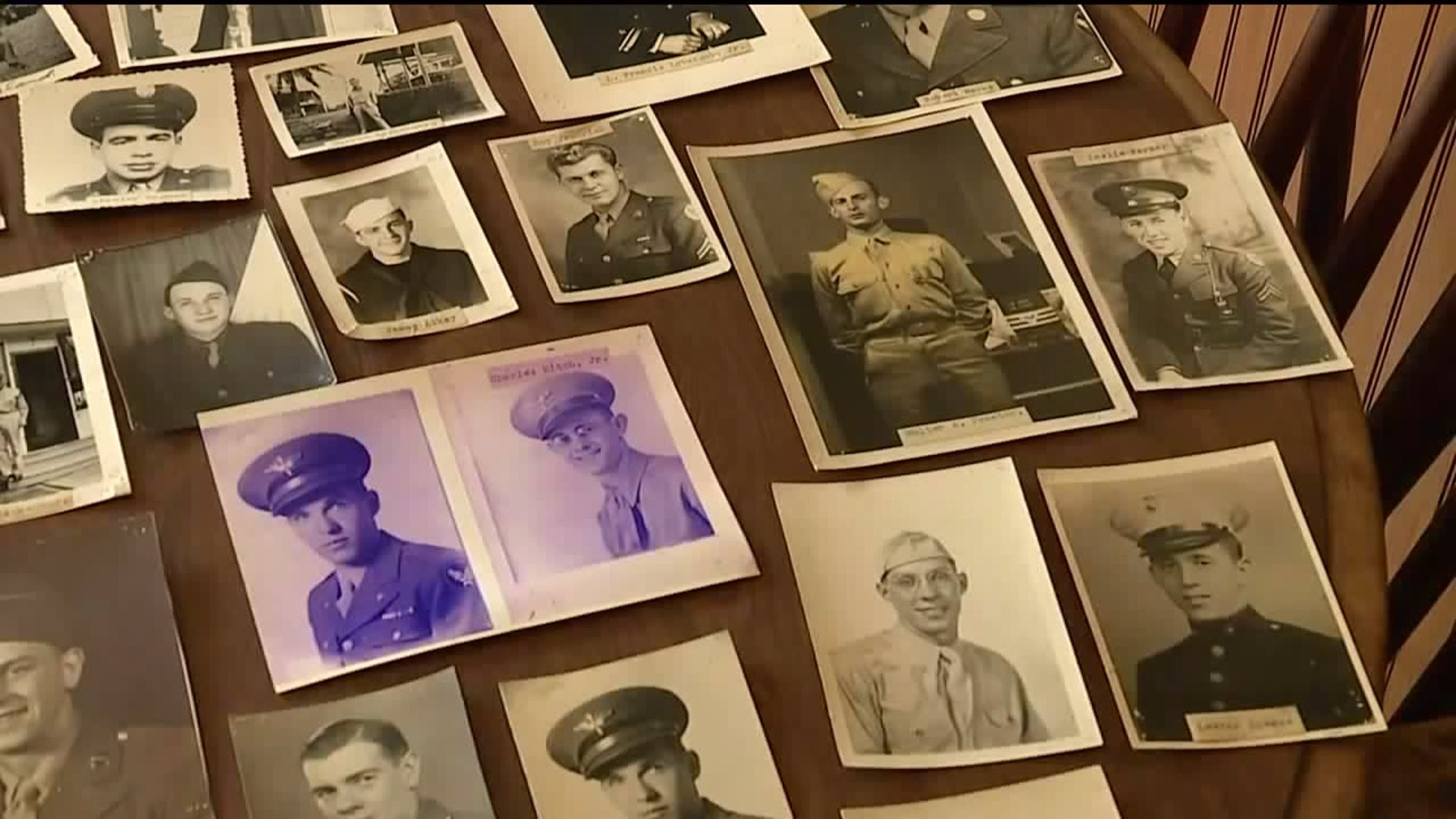 EAST BUFFALO TOWNSHIP, Pa. -- There is a lot of history on Agnes Rathfon's kitchen table at her home near Lewisburg. Everywhere you look is the face of an American hero.

"I feel like they need a home," Agnes said.

When Agnes was a child, her parents were asked to clean out the Union County Civil Service Office when it closed. They brought home a large box of pictures from World War II veterans.

"And then they got all these pictures. They put them in a box. My parents just couldn't throw them away," Agnes said.

There were more than 200 pictures, most of them labeled with the veteran's name and service date. Agnes believes they are all from the Union County area and served in World War II. When her parents died, Agnes started a mission to return the pictures to the veteran's families. In 2009, the Union County Times newspaper printed the names.

"So then I started getting telephone calls because I put my phone number in there. Oh, I gave pictures to so many people," Agnes said.

When people picked up their loved one's pictures, they told Agnes the stories behind the photographs.

"Some of the people told me they never even had pictures of their loved ones, so they were grateful to get them back," Agnes said.

After a while, people stopped calling. Agnes went through multiple health problems and decided 10 years later it is time once and for all for the pictures to go back to the veterans' families.

"I just hope somebody out there will come and see if their loved one is here because I'd love to give it to them," Agnes said.

Agnes Rathfon's phone number is 570-524-7045. She says anyone is welcome to come to look at the pictures. Agnes says any pictures that remain will be donated to the library or historical society in Union County.