A police officer and a civilian rushed to save a woman after she plunged into the river in Lewisburg. Both credit each other with saving the woman's life. 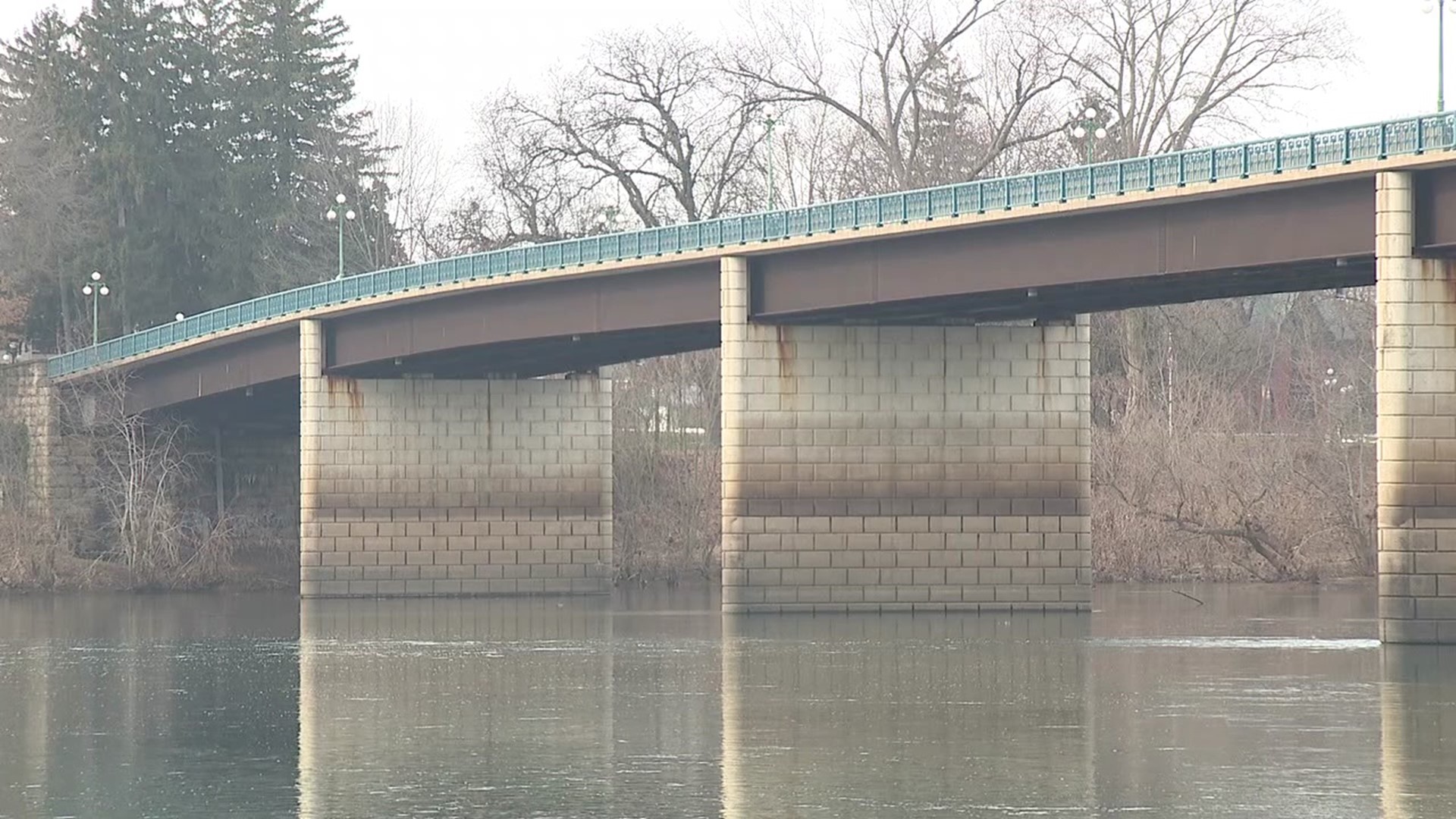 LEWISBURG, Pa. — Wednesday was a typical day on the job at the Buffalo Valley Regional Police Department for Cpl. Travis Burrows until he got a call about a crash. Someone crashed into the Market Street Bridge, climbed over the railing, and jumped into the Susquehanna River in Lewisburg.

"I was able to get a different vantage point and see a person floating down the water, and at the time, they were just limp," Cpl. Burrows recalled.

At the same time, Geisinger anesthesiologist Scott Vaughn was on his way home from work and saw the woman climb over the railing.

"What can I do to help, and how can I get farther down the river if she goes in to potentially help extract her out?" Vaughn said.

At this point, rescue boats were still about five minutes away. Cpl. Burrows got a rope out of his police cruiser and asked Vaughn to help. They both went into the water, each holding onto the rope. The water was deep and very cold.

"I'm holding her, I'm holding the rope, I'm looking back at him and trying to tread with my boots, and it's just not working out. That was the moment when I just wasn't sure how things were going to go," Burrows said.

The water went over burrows' head and also knocked Vaughn over. At that point, more first responders arrived and helped the three out of the water.

"If it wasn't for his quick thinking and what we did working together, it definitely could have gone wrong with more than one if not three victims," Vaughn said.

Cpl. Burrows says he is grateful to Vaughn.

"If he wasn't there, didn't help, it wouldn't have happened. It's hard to tell what would have happened with me and her."

Vaughn believes he was in the right place at the right time.

"Very honored that I was able to be there and to help him help her."

Cpl. Burrows says the unidentified woman was taken to Geisinger, and she will recover from her physical injuries.