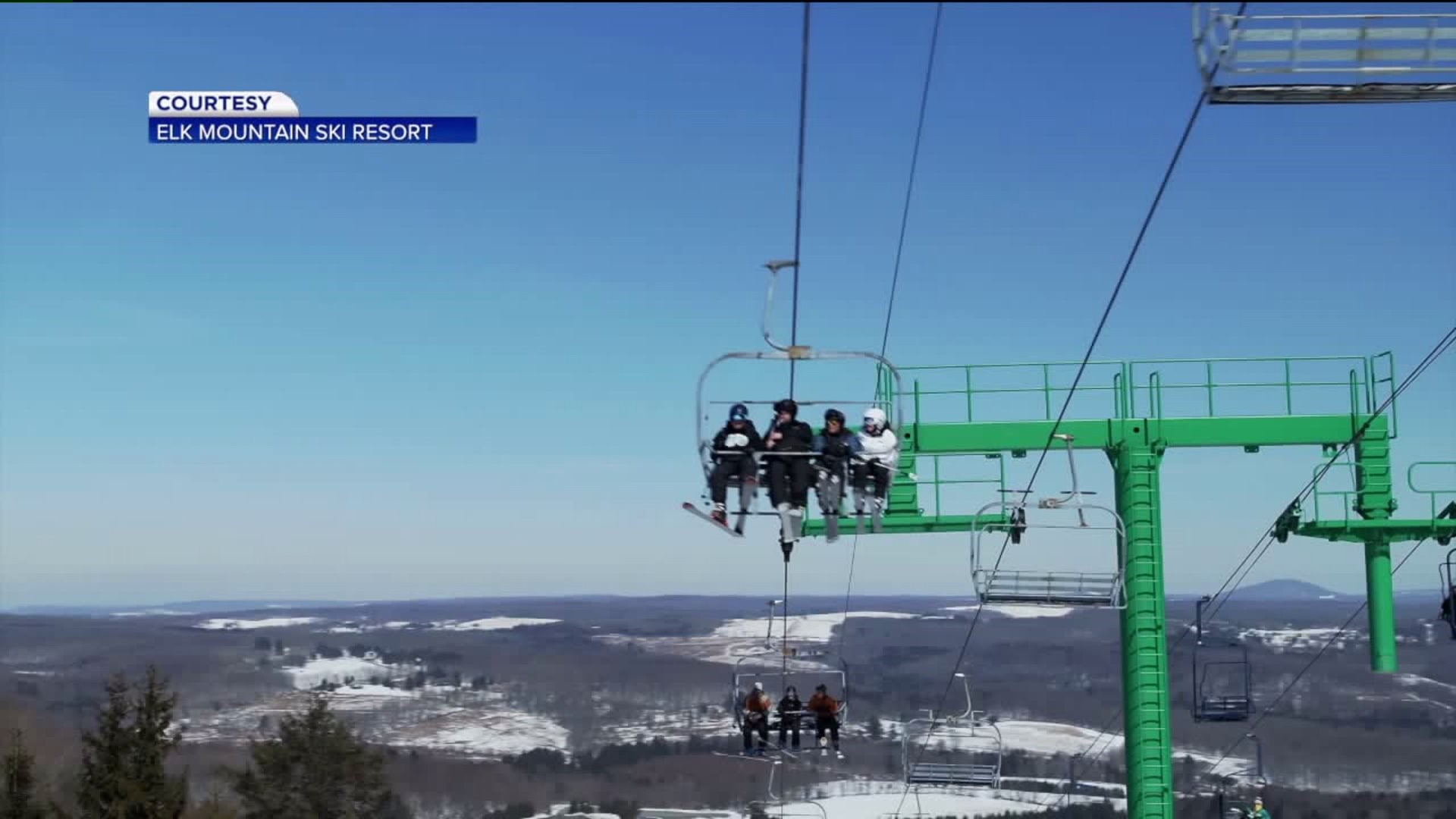 UNION DALE, Pa. -- Thursday, Dec. 5, is opening day at Elk Mountain Ski Resort in Susquehanna County. Plenty of skiers and snowboarders were out taking advantage of the great conditions thanks to Mother Nature's recent snowfall. But this opening day is a special one for the mountain's history.

"The mountain is really excited about the 60th anniversary. We did have a celebration a few weeks back and we really commemorated Mr. Moore, the current owner, who's been involved the last 59 years," said vice president and general manager Gregg Confer.

Elk created a video to celebrate 60 years as a major milestone with footage from the original opening day to the new lodge and eventually a quad lift. While other ski areas have modernized, Elk Mountain has stayed true to its history.

John Christ from Factoryville has been coming to Elk Mountain since 1965 and has seen the mountain's snowmaking and grooming evolve over the years. Some folks even said this was the best first-day snow ever.

"It was what they had at the time. The groomers now are just so much better, and they take better care of the snow," Christ said.

Skiers and snowboarders say it's the way that the mountain feels and that's why they keep coming back year after year, so whether you were here on opening day in 1959 or this year in 2019, the first run of the year is always the best.

"I just love it out here. It's gorgeous. I come every weekend and ski with my friends and family. it's like a tradition," said Annie Johnson of Clarks Summit.

"Kind of like a little kept secret, you know? You're not tripping over other people's feet, you've got trails to yourself more," said Sam Hollifield from Elkin, Maryland.

Elk Mountain is planning to celebrate its 60th anniversary with a weekend of specials sometime in January.