LENOX TOWNSHIP — A festival focused on marijuana has been told it can’t adopt a highway like other organizations in Susquehanna County. PennDOT told... 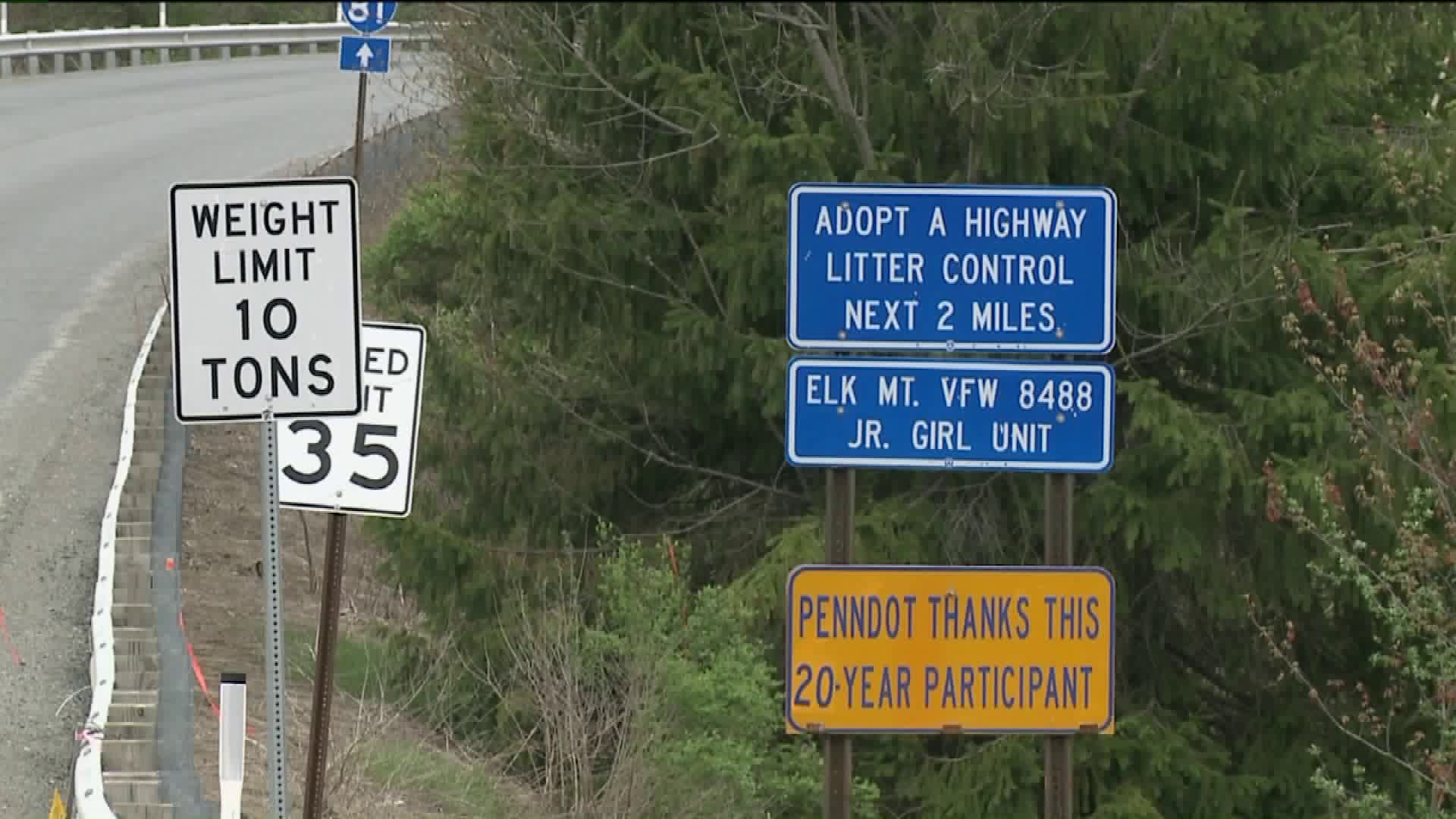 LENOX TOWNSHIP -- A festival focused on marijuana has been told it can't adopt a highway like other organizations in Susquehanna County.

PennDOT told the Pennsylvania Cannabis Festival that because marijuana is illegal for recreational use, the group can't adopt a highway just off Interstate 81 in Susquehanna County, even after those volunteers picked up trash and want to keep doing it.

The stretch of Route 106 near Lenox in Susquehanna County is looking pristine thanks to the efforts of a few volunteers who pitched in to clean up litter a couple weeks ago.

Jeff Zick helped organize the event. He even went to PennDOT and applied to adopt the highway.

"They gave us all our supplies, gave us a stretch of highway. We didn't find out we were denied until we did our cleanup," said Zick, an organizer of the Pennsylvania Cannabis Festival.

Even though the Pennsylvania Cannabis Festival was allowed to hold an event in Scranton's Nay Aug Park last month, PennDOT told Zick no to the request to adopt the highway.

Zick and his wife Amanda are trying to find a way to still do their part to keep this stretch of road clean of all sorts of garbage and feel PennDOT is being unfair when it allows bars, wineries, and other groups to adopt a highway.

"We're not saying, 'Come out here and smoke. We'll smoke while we clean up.' No, we're picking up garbage," said Amanda Zick.

Even members of the Elk Mountain VFW Post, which has adopted six miles of nearby highway support the festival's efforts to keep Pennsylvania beautiful.

"The amount of trash that's being tossed out here is phenomenal. Anyone who can come out and clean it up is a plus to this community," said Will Zerfoss, Elk Mountain VFW Post 8488.

PennDOT's decision to deny the cannabis festival was made because a spokesperson says the group supports an illegal activity.

"I'm trying to pick up the road, pick up trash. I'm not trying to make a statement or a scene, not asking for signage, want my stretch of road."

While cannabis is legal in Pennsylvania for medicinal purposes, it is still illegal to use it for recreation like several other states allow.

The cannabis festival plans to take its fight to adopt that stretch of highway to Harrisburg and the governor's office.