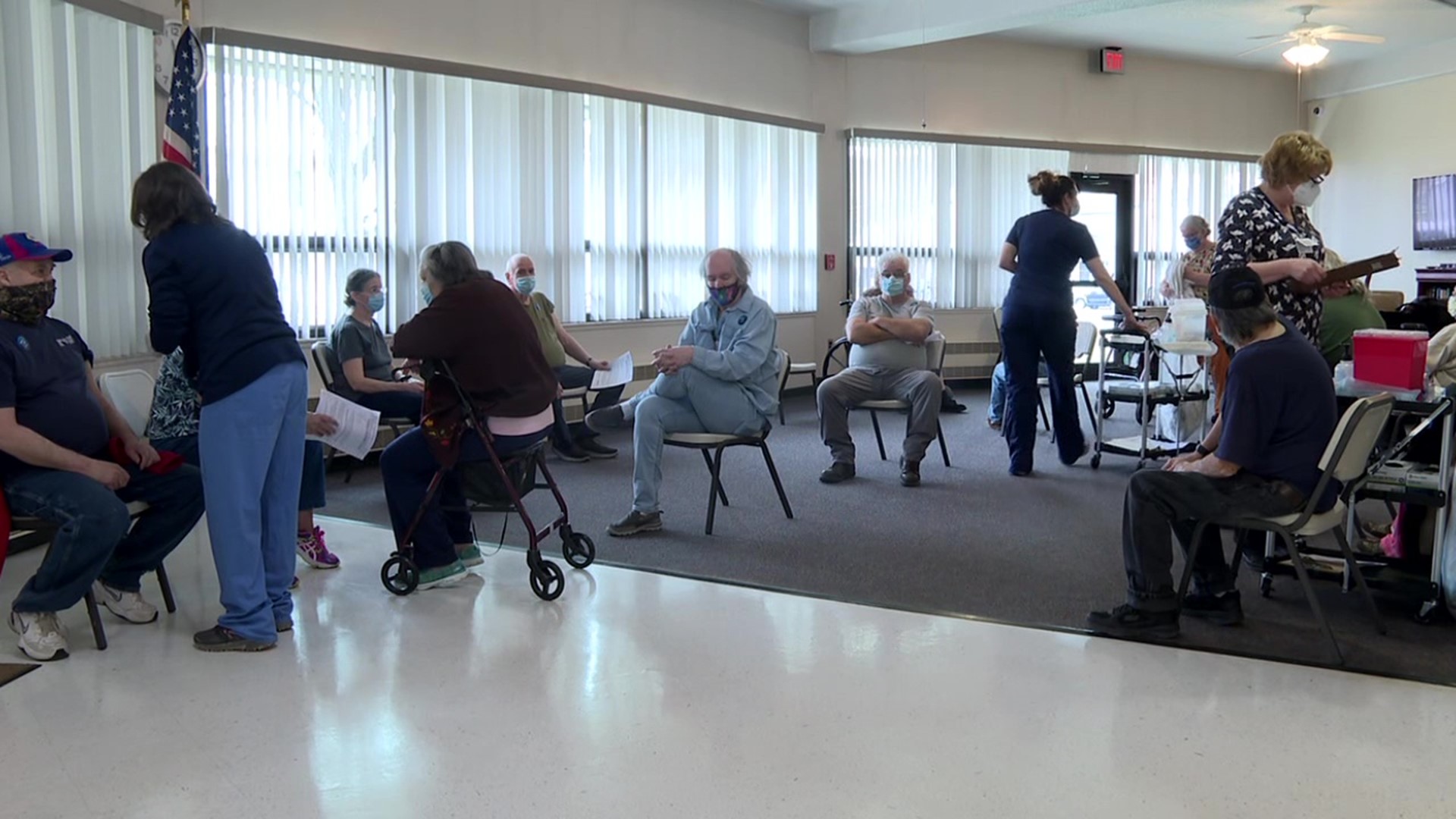 SCHUYLKILL HAVEN, Pa. — It didn't take long for the inside of the community room at Schuylkill Haven High Rise to become filled with folks who patiently waited to get their first dose of the Moderna COVID-19 vaccine.

"I think it's amazing they came to us, and they'll be coming for the second also," said Patti Killian, a resident.

This was just one of the free vaccination sites open to Schuylkill County residents residing in public housing high-rises.

The shots were available to those who meet the 1A vaccine phase guidelines, which include anyone 65 and older and those with certain health conditions who are aged 16 and older.

Nearly every person we spoke with said they have been waiting to get the vaccine since it came out.

"I had hoped that people like us would have been included in the first set, but we weren't," Killian said. "But I want to send a big shoutout to whoever arranged this here."

Employees from the Lehigh Valley Health Network administered the vaccine to nearly 40 residents.

"Just because I got the shot, I'm still going to take all the precautions, and people should. And I do hope more people get the shot, so I do feel better now having it," said Leona Walck, a resident.

Folks who were able to get the Moderna COVID-19 vaccine at the Schuylkill Haven High Rise say they feel a sense of relief because getting the shot means there one step closer to things slowly going back to normal.

"Having the shot, I feel like it's going to more possibly freedom to do things and stuff and if I want to leave my apartment, which I wasn't doing," said Walck. "So I think this is a good thing."

"Getting back to normal also not getting ill, you know doing what I can, you know, so I don't spread the virus," said Barry Berger, a resident.

About 140 vaccines were given across four high-rise buildings in the county.

Lehigh Valley Health Network is set to return in four weeks to administer the second dose in the two-shot series.