Priest Accused of Sexual Abuse While Pastor of Church in Shenandoah

SHENANDOAH, Pa. — A priest in the Diocese of Allentown has been accused of abusing a child years ago while serving at a church in Schuylkill County. Fr. R... 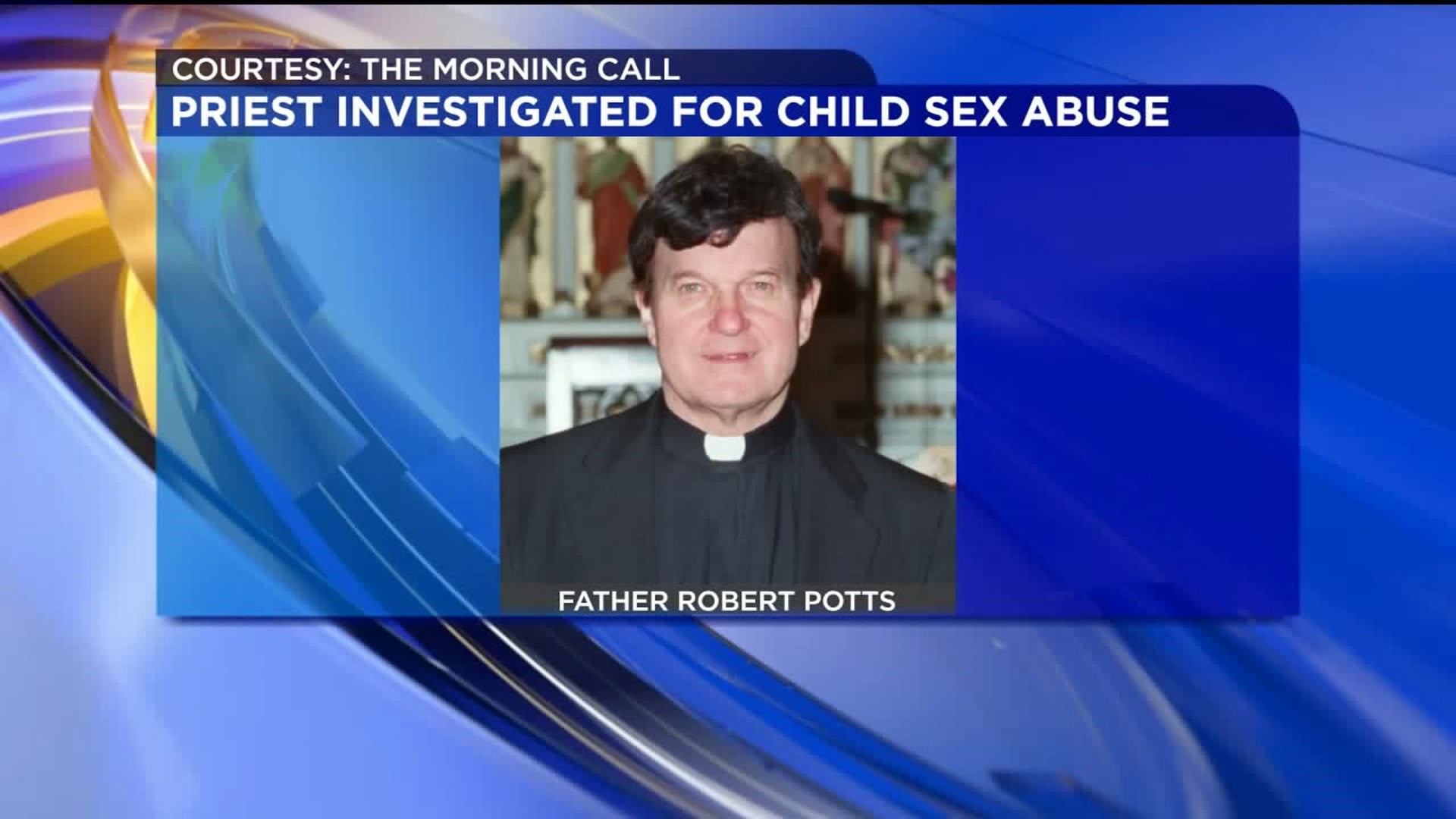 SHENANDOAH, Pa. -- A priest in the Diocese of Allentown has been accused of abusing a child years ago while serving at a church in Schuylkill County.

Fr. Robert Potts was currently serving as a priest in Bethlehem, but he's accused of molesting a child while working in Schuylkill County back in the 1980s and 1990s.

Potts, 82, is accused of sexually abusing a child decades ago while serving at the former St. George Parish in Shenandoah.

The church has since been torn down, but former parishioners are disappointed to hear the allegations.

"People liked him, treated him well and your parish, what you're doing to your parishioner is wrong," Al Andruscavage said.

St. George's once stood along West Cherry Street in Shenandoah. A woman who lives across the street remembers Potts' time working there.

"He remembered every person's name when he was giving communion. He called everyone by their first name no matter how many people were in church. He knew who they were. Even though I didn't belong there, he still knew my name."

This woman says she was shocked to learn the Diocese of Allentown is investigating an allegation of child sexual abuse involving Potts, but a former parishioner from the neighborhood was less than surprised by the news.

"He just came off to me the wrong way. I didn't care for him," Andruscavage said.

According to the Diocese of Allentown, Potts is accused of molesting at least one child during the late 1980s and early 1990s while serving St. George's in Shenandoah. He worked there from 1986 until 2004. Now 82 years old, Potts has been removed from his current assignment at St. Ursula's in Bethlehem.

West Cherry Street is home to several other churches. A nun working with another church in the neighborhood says the entire religious community in Shenandoah is praying for victims of child sexual abuse.

"We're just grateful that our bishop, Bishop Schlert, is being very open and dealing with the issues, the issues that many of the Catholic churches are dealing with, and he is doing anything in his power to bring forth healing and also some kind of reconciliation between the people and the priest, or whomever is involved."

The Diocese of Allentown says it is working with law enforcement on the investigation into Potts.

Anyone who knows of incidents of abuse is encouraged to report it to the State Child Line at 1-800-932-0313 or to local law enforcement. To speak directly to the Diocese of Allentown’s Victim Assistance Coordinator, call 1-800-791-9209.