SANTA FE, N.M. — Police body camera video shows the arrest of a man from Schuylkill County accused of using a hatchet to break into an author’s home... 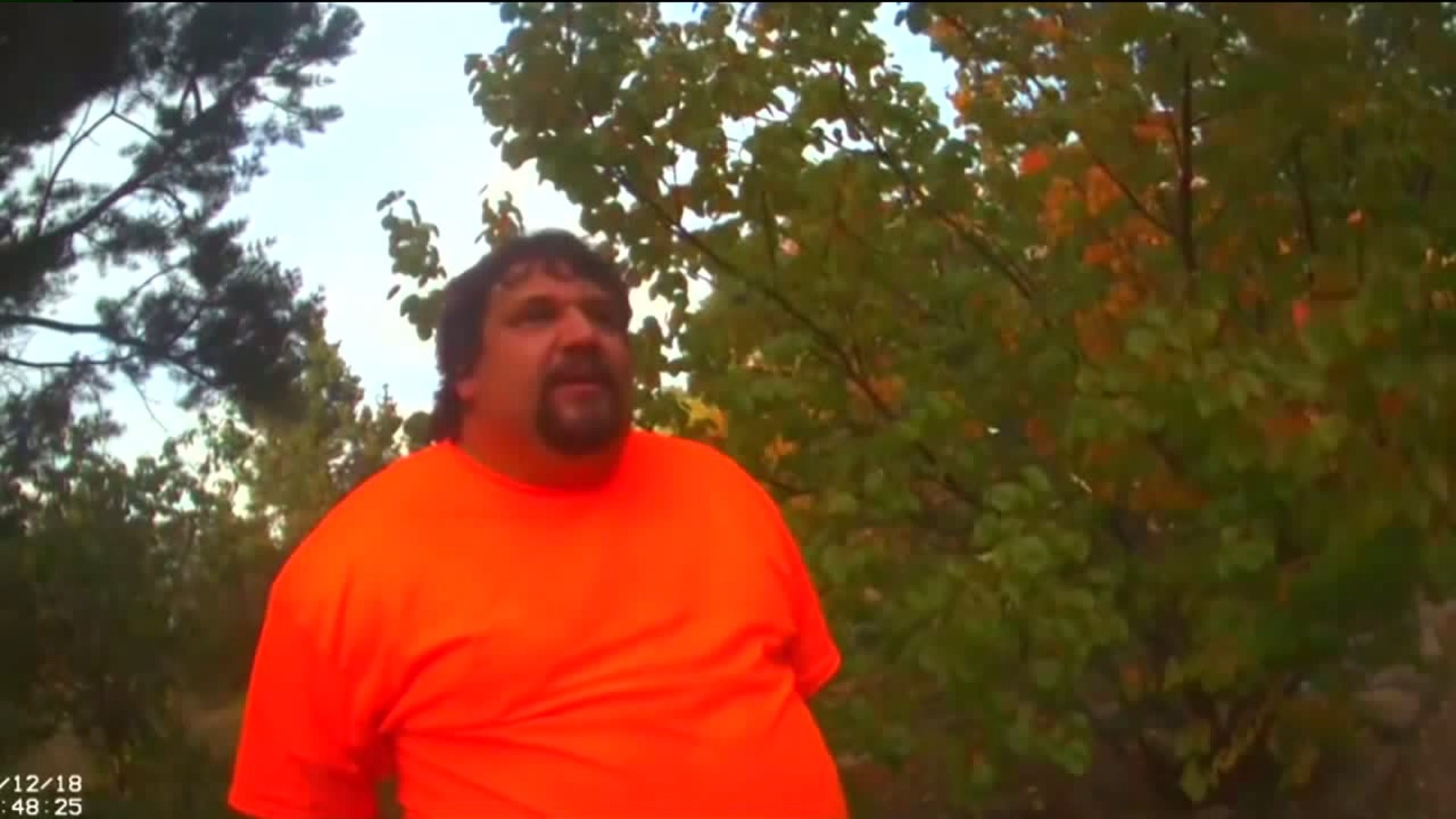 SANTA FE, N.M. -- Police body camera video shows the arrest of a man from Schuylkill County accused of using a hatchet to break into an author's home in New Mexico looking for hidden treasure.

The man from Pine Grove didn't find any treasure but did find the millionaire author and his daughter armed and police at the compound quickly to arrest him.

Author Forrest Fenn wrote about a hidden treasure in 2010. This is the latest failed attempt to find it.

Robert Miller of Pine Grove went on quite the treasure hunt last week. He was arrested in New Mexico, charged with burglary after he broke into Fenn's home.

When officers questioned Miller on what led him from Pennsylvania to New Mexico, Miller said, "the treasure map."

Video from Santa Fe police shows Robert Miller of Pine Grove being arrested in New Mexico. According to investigators, Miller broke into Fenn's home in search of a treasure chest.

In a 2010 book titled "The Thrill of the Chase," Fenn claims to have hidden millions of dollars' worth of gold and jewels somewhere north of Santa Fe.

Police say Miller broke into Fenn's home with a hatchet. When officers responded to the call, one of Fenn's daughters had Miller stopped in his tracks at gunpoint.

Miller later told police he flew out west from Pennsylvania to search for Fenn's hidden treasure. Miller didn't find the grand prize. Instead, he tried getting away with a chest of clothes.

"So, you came on the property because of a poem? Are you serious?"

"You weren't here to break anything?"

"I was taking that box of clothes right there, like the poem said," Miller said.

After officers broke it to Miller that he'd be charged with burglary, Miller apologized.

Santa Fe police say Robert Miller told them he needed the hidden treasure for his family because he only had $130 in his bank account.