A nonprofit organization based in Schuylkill County that supports children with special needs has plans to bring a one-of-a-kind playground to the area. 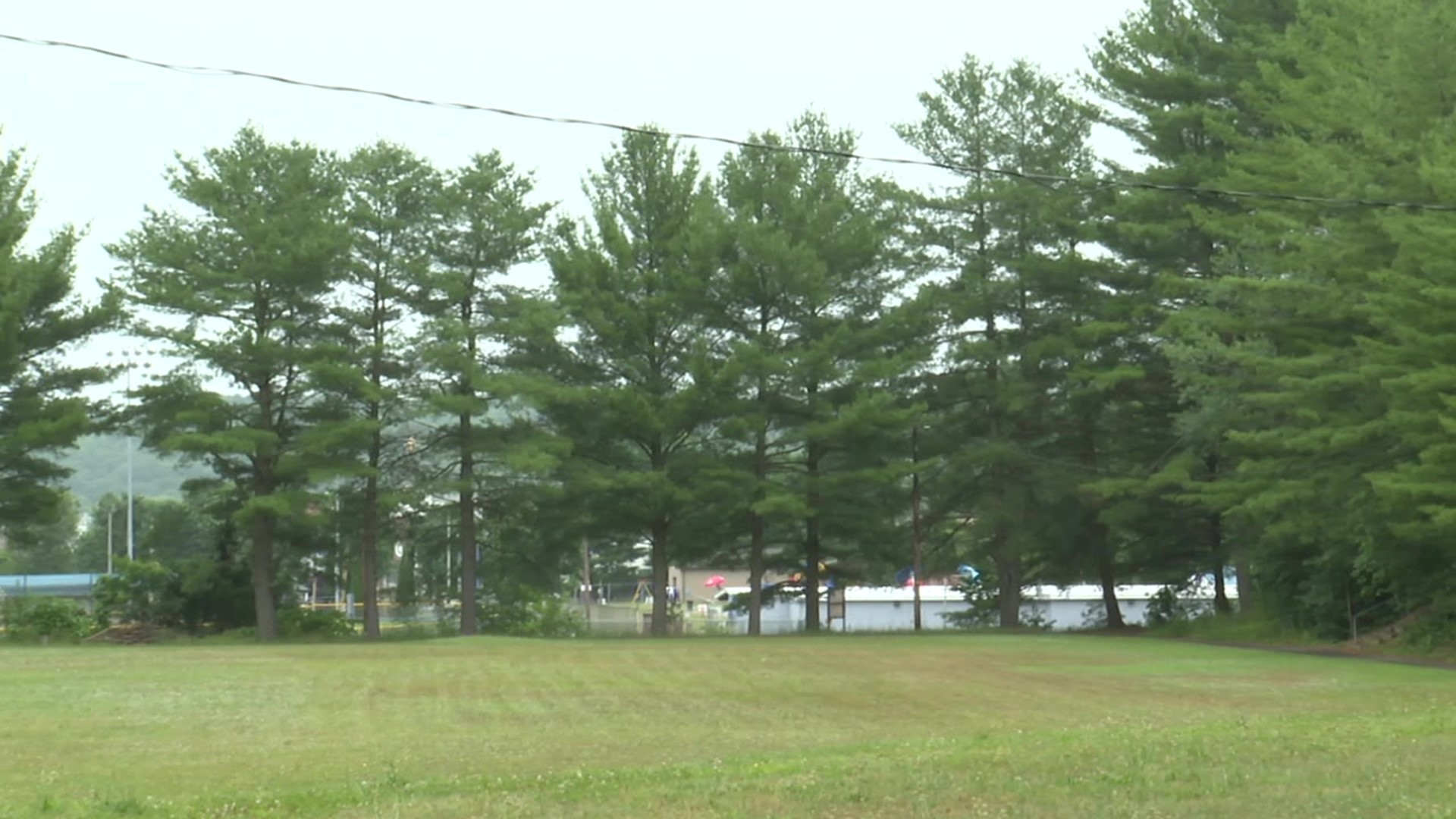 MINERSVILLE, Pa. — There's a piece of land that's used very sparingly at the Minersville recreation complex, but a nonprofit organization has plans to turn this into something Schuylkill County has never seen before.

"We plan on bringing the first all-inclusive playground to Minersville and Schuylkill County. It's something that is long overdue for a county, much needed. We're finding that out more daily, and it's going to bring a lot of people to Schuylkill County," said Jeffrey Dunkel, Dustin's Adventureland vice president.

Dustin's Adventureland, a nonprofit organization, has plans to turn this space into a playground, designed specifically for handicapped and special-needs children.

"There's nothing else like this in the area. I think it's going to be a sanctuary for the parents as well as the children with disabilities," said James Womer, Dustin's Adventureland president.

"The mission that we have is to include these people, special needs, autism, they may not have a place to go where they can necessarily fit in or use the equipment that's available. The stuff we have designed, there are all kinds of sensory panels, handicapped ramps, so they can play alongside their brother or sister who may not be in a wheelchair," Dunkel said.

So Far, Dustin's Adventureland has raised around $25,000 for the project. Borough officials say it's a no-brainer to bring something like this to the area.

"Council unanimously agreed that this would be something that's great for the community and the county and we have a recreation complex here, it would be another asset and feather in the cap for our complex," said Minersville borough manager Bob Mahalchick.