TREMONT, Pa. — Roads were overrun with water and basements were flooded again in parts of Schuylkill County. This summer’s rain has been relentless,... 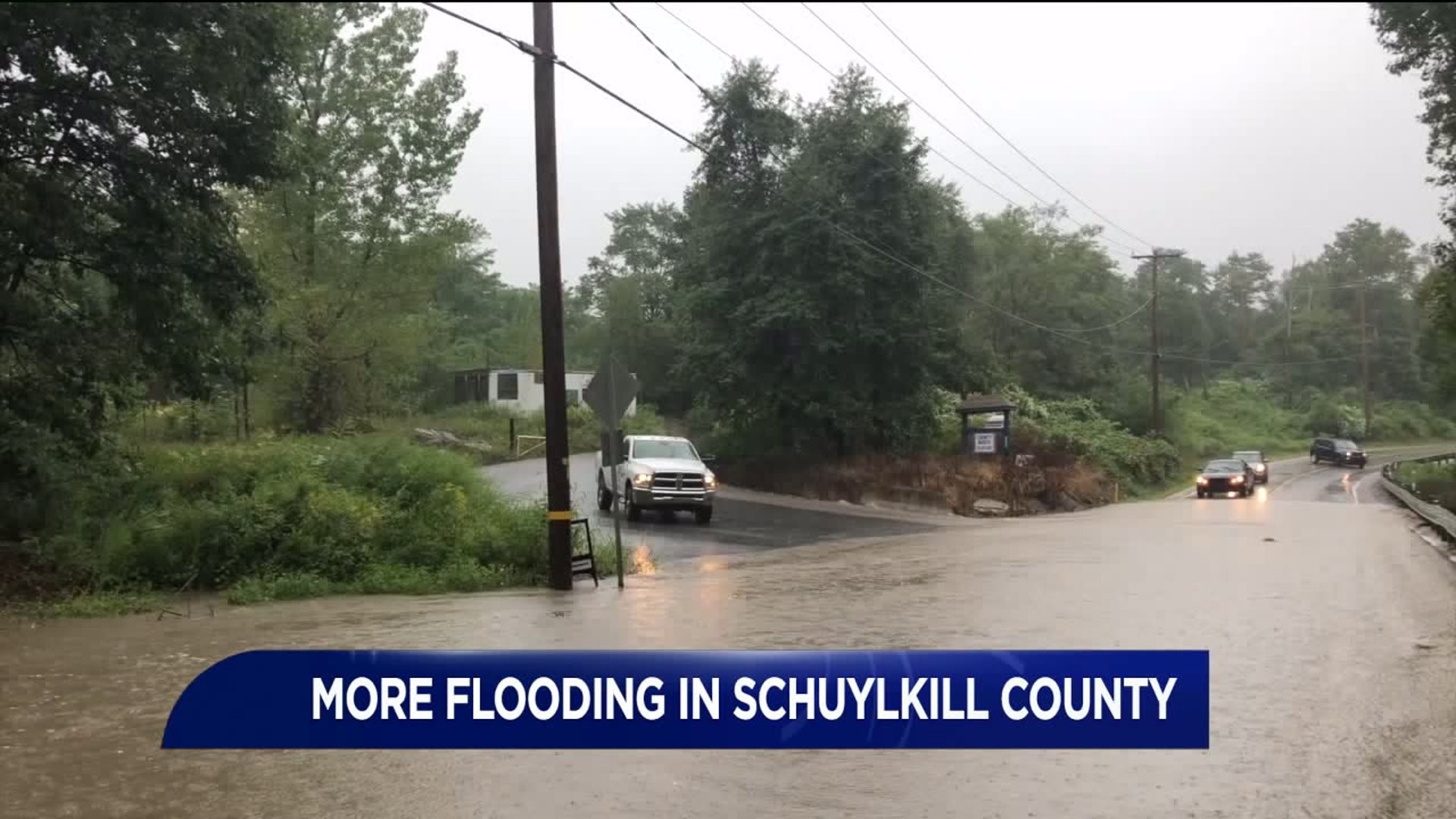 TREMONT, Pa. -- Roads were overrun with water and basements were flooded again in parts of Schuylkill County.

This summer's rain has been relentless, and some homeowners are getting fed up with the wet weather.

Some people in Tremont have lost count on how many times their basements have been flooded this summer.

Feeling helpless, they are waiting for fall hoping it brings drier weather.

For some drivers in Schuylkill County, the Friday morning commute was filled with roadblocks, both manmade and others created by Mother Nature.

The downpours flooded roads, front yards, and basements in the Tremont area.

The water left residents in Tremont frustrated as they had to pump out water from their homes again.

"Every passing thunderstorm that we receive 15, 20-minute downpours. We have water runoff that is coming through people's house," said Mayor Ricky Ney.

"When it flooded so bad that everyone lost their homes on Monday, the Sunday night before that it was flooded, we are ready to sell," George Schaeffer said.

George and Michel Schaeffer tell Newswatch 16 their home has flooded time and time again this summer.

"I lost my Harley, my buddy's Harley, I have $60,000 of damage in the garage, everything in the basement, the water almost came into our house."

While some had to deal with the realities of destroyed household items and property.

Blake Herb took time out to splash around in the rain.

"Every time it floods, he comes in the basement, he yells, "Mommy, it is flooding, we have to go out and play!' And he has to jump and play and he loves it. I don't but he does so whatever makes him happy," Emma Herb said.

Officials were able to take down the American Legion that was damaged by recent flooding but the heavy rains didn't make it easy for crews.

"The demolition is just about finished. They are working on debris removal. I hope it can finish up shortly, but I am just lost for words right now," said the mayor.