POTTSVILLE, Pa. — A babysitter is headed to prison for the death of an infant back in 2017. Kaden Krause was just 5 months old when he was killed by his b... 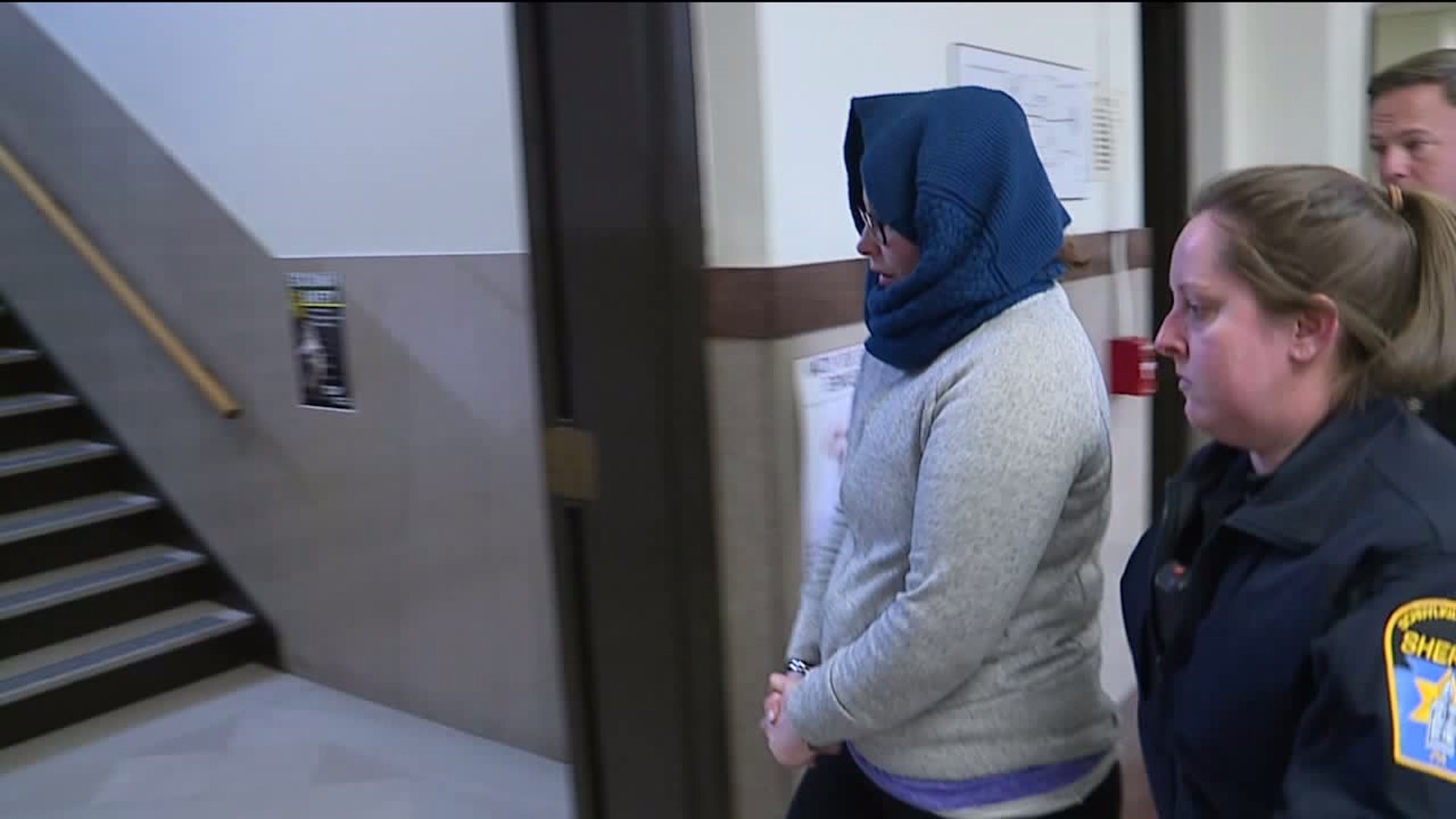 POTTSVILLE, Pa. -- A babysitter is headed to prison for the death of an infant back in 2017.

Kaden Krause was just 5 months old when he was killed by his babysitter Amanda Vernitsky.

Kaden's mother spoke in court Wednesday, calling Vernitsky a monster, adding she's caused her friends and family extreme heartache. She then learned moments later the woman who killed her son is headed to jail.

Vernitsky, of Schuylkill Haven, arrived at her sentencing at the Schuylkill County Courthouse on Wednesday. She was charged with third-degree murder for killing 5-month-old Kaden Krause in June of 2017 while babysitting him at her home.

She pleaded no contest to the crime, not admitting guilt, but sentenced as if she did.

A judge ruled that Vernitsky will spend seven to 14 years in state prison for that third-degree murder.

"At first when we were told, we were a little shocked that it was so low, but given the circumstances of everything and not having to go to trial, we're very happy with it," said Kaden's mother Kara Honicker.

Vernitsky originally told police Kaden had fallen on the floor and was unresponsive. An autopsy showed otherwise.

According to court papers, Kaden died from severe head trauma. When Vernitsky left the courtroom, a cheer erupted from more than two dozen family members and friends of Kaden's mother.

Many of the supporters wore t-shirts reading, "I wear blue for Kaden, #justiceforkaden, Stand up to child abuse."

"I wouldn't be standing here if it weren't for our families and our friends. They have provided the utmost support through everything from day one. From the first day it happened, everybody just took me under their wing and they've been there nonstop, anytime, day or night for us and there's no amount of thanks we can give to them for that," Honicker said.

Honicker tells us around 500 t-shirts were sold to raise awareness for child abuse.