NORTHUMBERLAND COUNTY — It all started this morning when someone went to police to report a truck filled with goats and sheep was on their suburban street... 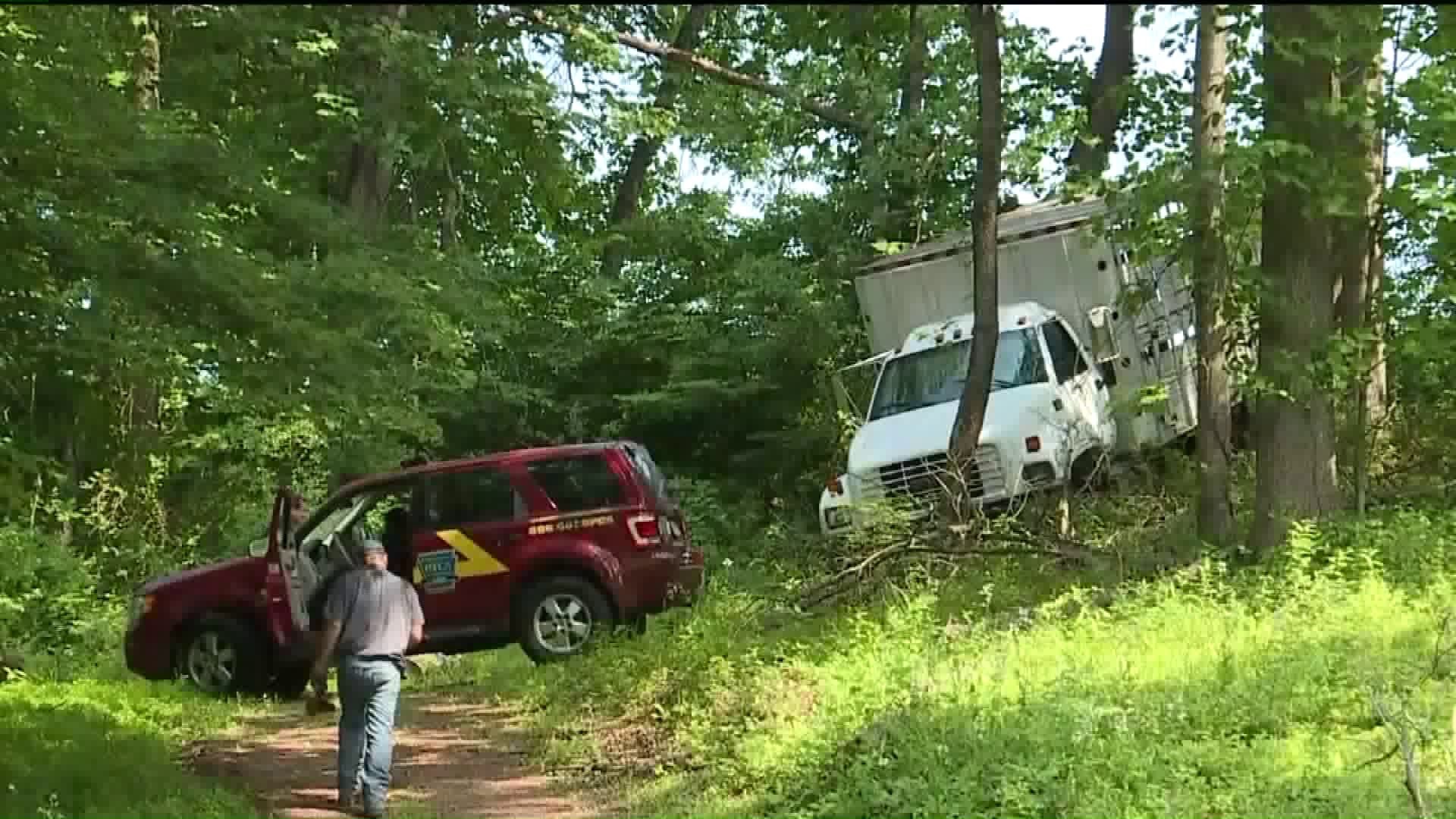 NORTHUMBERLAND COUNTY -- It all started this morning when someone went to police to report a truck filled with goats and sheep was on their suburban street.  When police went to check it out, the owner of the truck and another man sped off, with the 31 farm animals.

The Pennsylvania SPCA spent most of the day unloading these goats and sheep from this truck, onto these vehicles.  The animals had a wild ride after their owner and another man drove them about 34 miles at high speeds through lower Northumberland County.

According to police, the truck filled with 31 farm animals was parked on Melrose Street near Kulpmont,  which is a residential area.  The animals were making a lot of noise so someone went to police.  When Mount Carmel Township Police Chief Brian Hollenbush arrived, two men got in the vehicle and sped off.

"I proceeded to turn around and go after the vehicle and in doing so they failed to yield and started passing vehicles in no passing zones, went through red lights,” Chief Brian Hollenbush said.

The men led police on a 34 mile chase into the Herndon area.  Spike strips were put down, and the men were taken into custody.  It happened outside Kaitlyn Long's house.

"All I heard was the sirens and I got up and I saw the guy being tased and I was like oh no and he was standing in the water,” Long said.

The two men are 36-year-old Jarrett Castelonia of Danville and 25-year-old Peter Binster.  They face more than 80 charges including aggravated assault and animal cruelty.  Chief Hollenbush says Castelonia owned the vehicle and the animals, so he does not know why the men ran.

“Don't know.  I mean his license is suspended, but his purpose for running, I have no idea,” Hollenbush said.

Again, there were 31 goats and sheep, but some of them died during the chase.  The SPCA took the animals into custody.  The suspects are both in jail and investigators say this is one of the most unusual chases they've ever been on.