SHAMOKIN — A more than a century-old building is destroyed by a fire in Northumberland County. The fire sparked at the place on North Eighth Street in Sha... 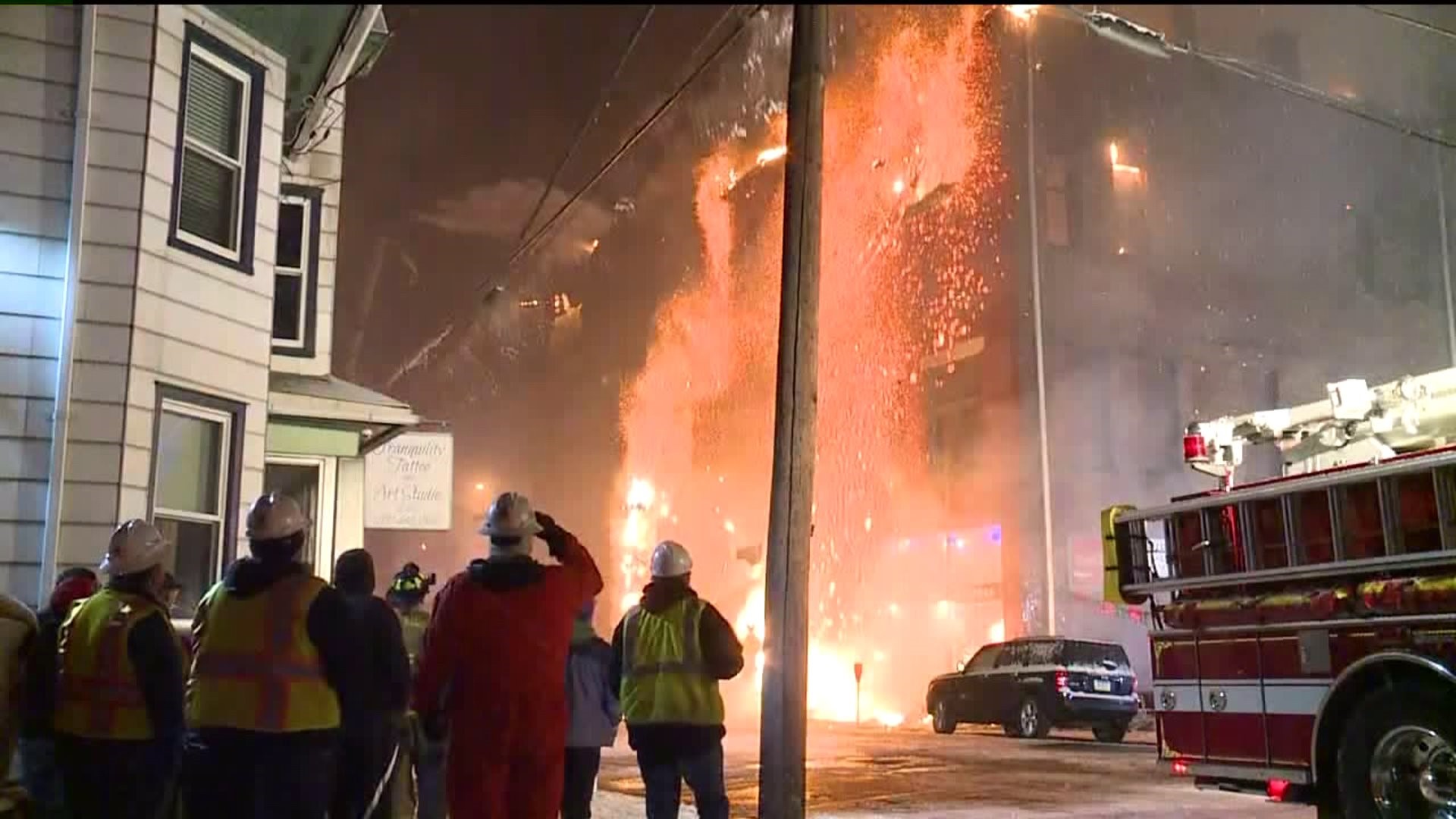 SHAMOKIN -- A more than a century-old building is destroyed by a fire in Northumberland County.

The fire sparked at the place on North Eighth Street in Shamokin around 1:30 a.m. on Thursday. No one was inside at the time.

Firefighters have to put water on the fire from up above. We're told they had to get out of the building earlier because they knew it wasn't structurally sound.

Shortly after that, the roof was collapsed.

Parts of the iconic building came crashing to the ground in flames.

"I thought my building was on fire!" said Alba Spager. "I couldn't believe it. I was like, 'Oh, my God, please let my building not be on fire,' and luckily it wasn't. It's only one two doors down and I was scared. I was very scared." 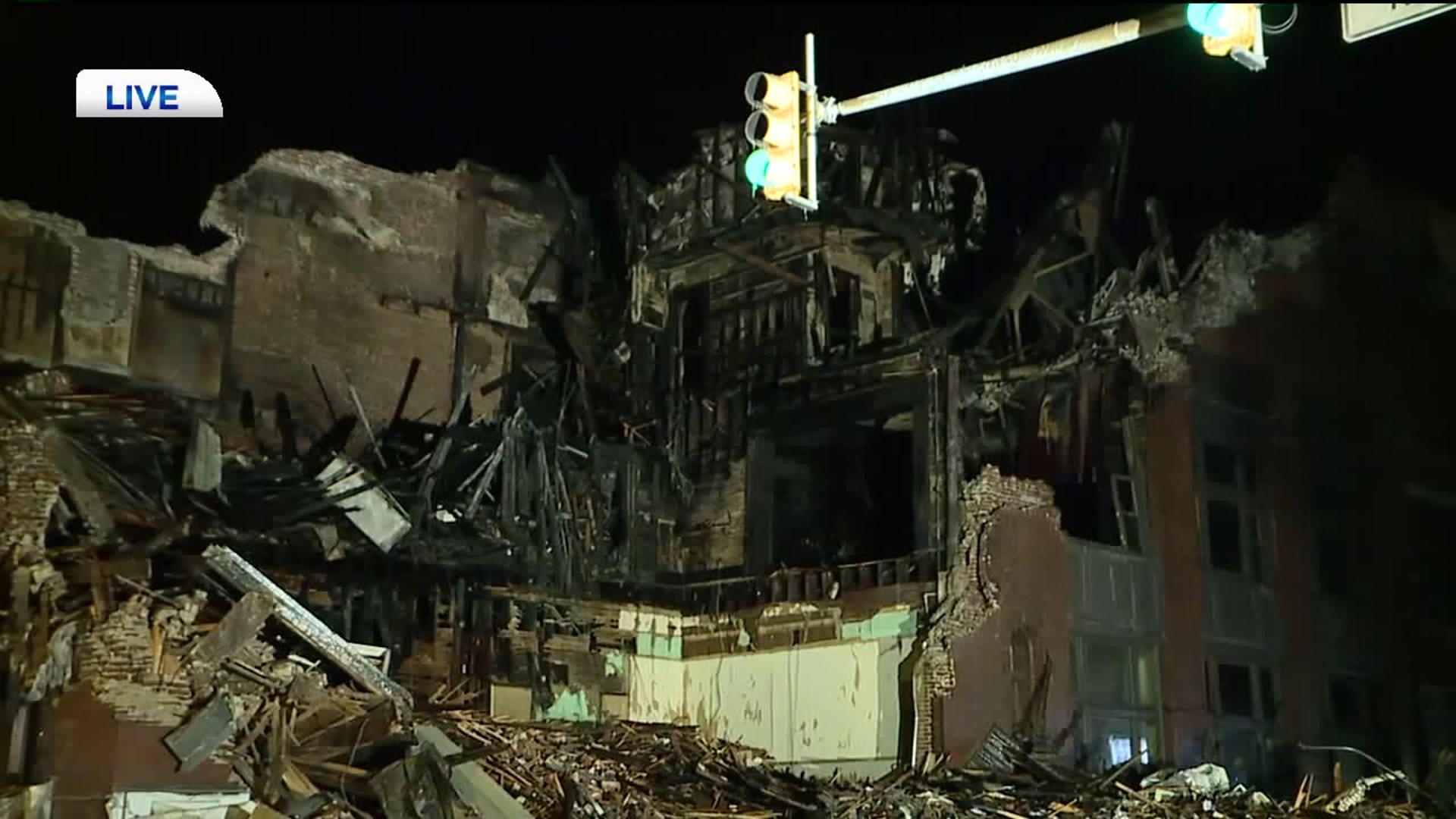 The roof of the building on West Independence Street completely collapsed, but no employees or firefighters were inside.

"It was just crazy and unexpected, really. I was only here for five minutes and it just started coming down and people were running out of the way," said Jon Koons.

After that, we're told firefighters had to put it out from up above. They knew being in the building wasn't safe anymore.

"We thought we knocked the fire down pretty quickly. Obviously, that didn't happen. The fire extended up into the third and fourth floors," explained Shamokin Deputy Fire Chief Stephen Jeffery. "So, we determined to bring everybody out." 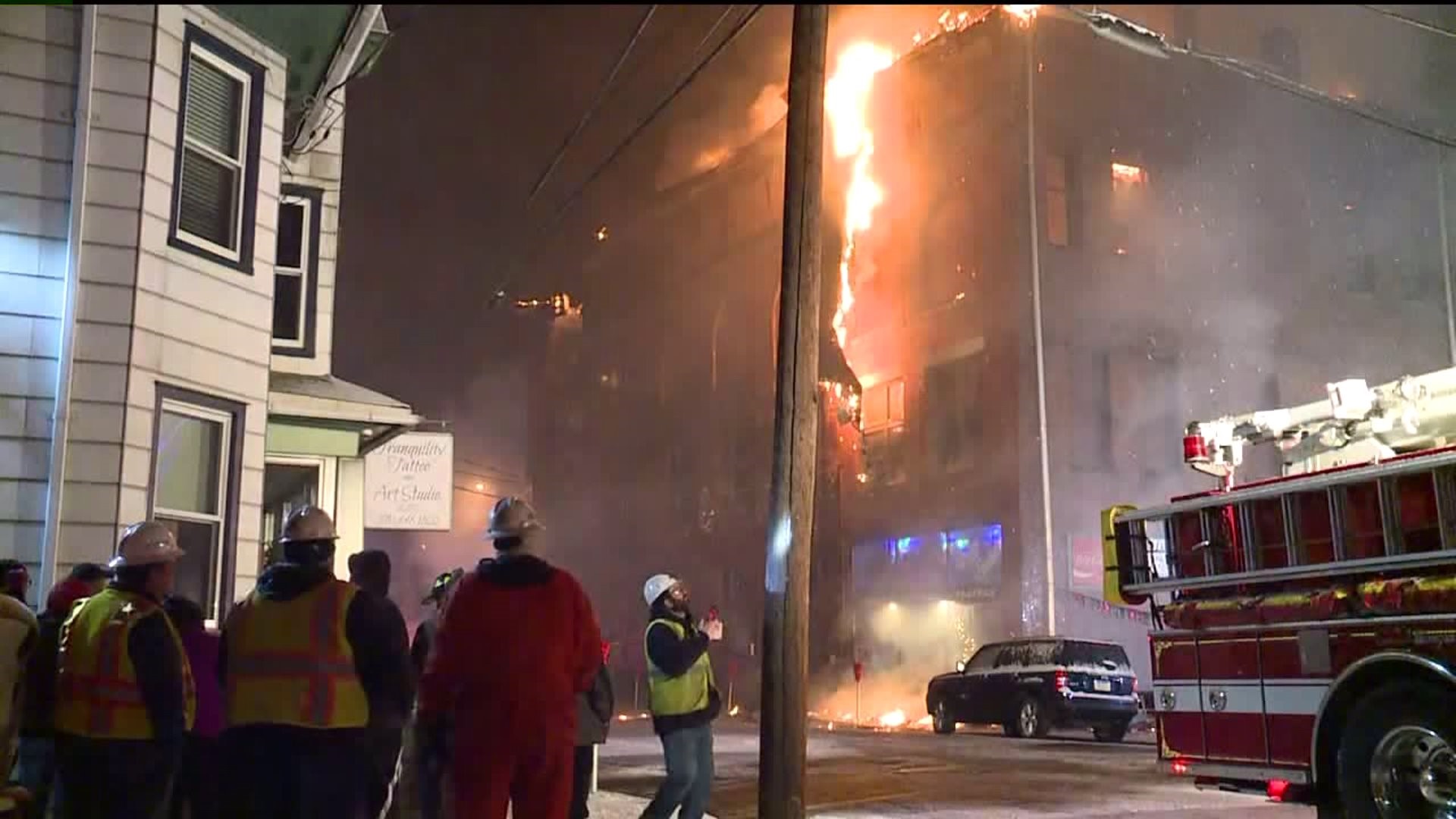 People Here in Shamokin say this building has been a staple in town for 116 years. They're sad to see it go, no doubt changing the landscape of downtown.

"You recall as a youth going in and out of the building for different purposes and recognizing that it's not going to be there any longer is tragic," Joe Scopelliti said.

Some hoped its memory wouldn't fade too quickly before the fire took it down but as daylight hit, we saw what's left of a bakery, Masonic lodge, and barber shop that were inside. Now, the landmark will be demolished.

"I just hope something will come back and take its place but we'll have to wait and see what the future brings," Scopelliti added.

City officials have ordered an emergency demolition to clean this area up because it's dangerous but also because they want to reopen this main road.

"I was shocked that the side wall is, you know, open and the bricks are on the floor. It looks like a war zone," Maria Bressi said.

By daybreak, Bressi brought out hot dogs for firefighters. Others stopped to take a look at what's left of a bakery, a Masonic lodge, and several other businesses inside.

"It's something you've known all your life, and then all of a sudden, you wake up and bang it's gone," said Robert Nairns.

In his 20s, Nairns was a member of the Masonic Lodge. For him, this a piece of history, memories he'll keep although the building is gone.

"They don't build anything today. I mean, hopefully, they do. I'm not saying that you know, but that remains to be seen.'

Emergency crews hope to have Independence Street reopened by Friday.

The fire is still under investigation.