Martz is suspending all bus service to help prevent the spread of coronavirus. 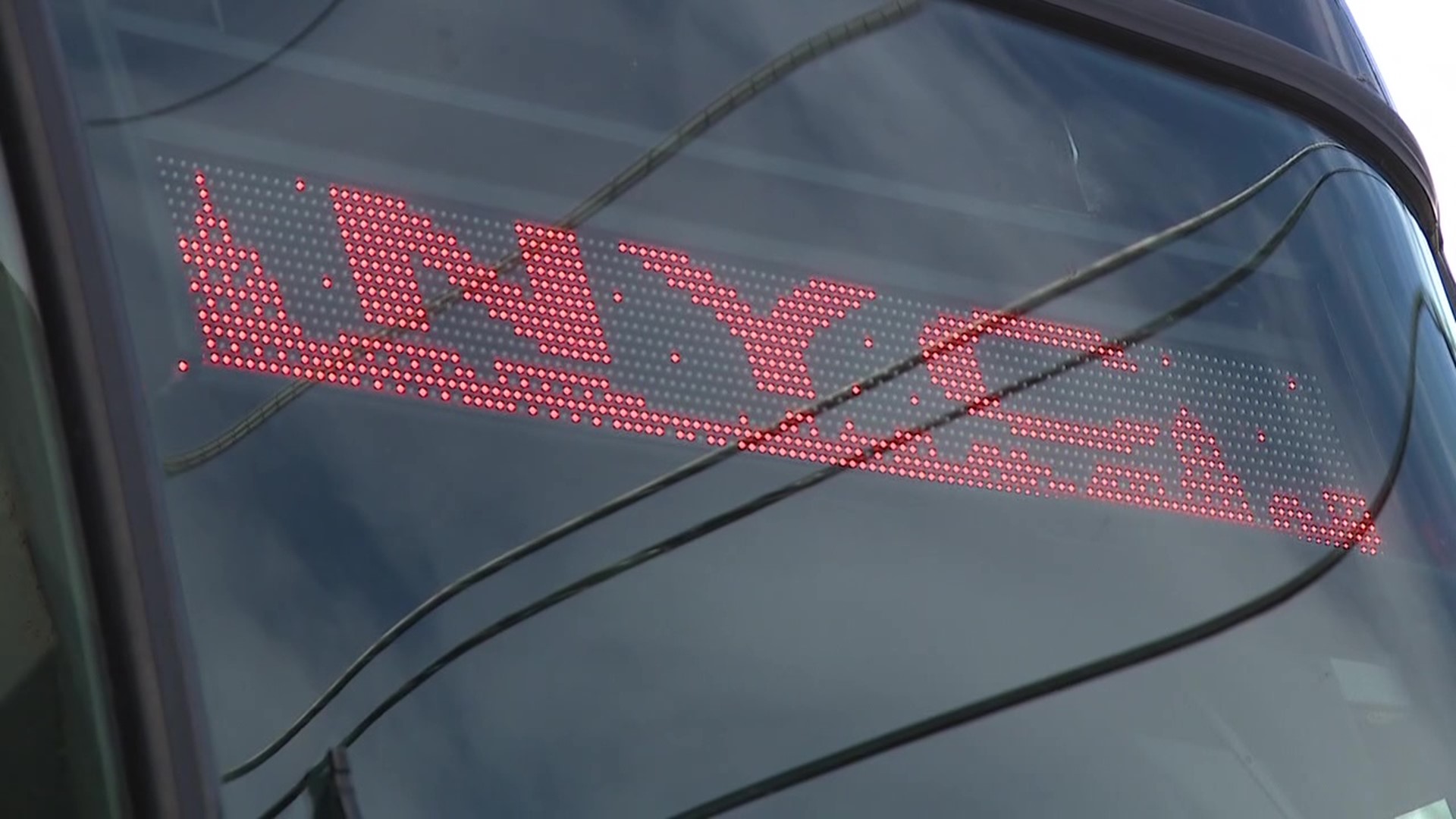 MOUNT POCONO, Pa. — Commuters at Martz terminals in Mount Pocono and in Delaware Water Gap boarded buses bound for New York City and this will be their last bus ride into the city until April 13th at the earliest.

Martz is suspending bus service to New York City and Philadelphia to help stop the spread of the coronavirus, as the government ask people leaving New York to self-quarantine for two weeks.

Newswatch 16 spoke with Melissa Sanders of Tobyhanna on Wednesday when Martz made its announcement. She wasn't sure then how she'd get to work at a cancer treatment institute but has since made arrangements.

"I'm going to stay in the city with a friend,” said Sanders.

Newswatch 16 also talked with Carlos Larregui from Kunkletown on Wednesday.

He said then he'd drive to his job once the buses stopped running and hasn't changed his mind.

Other commuters opting to drive say it will be a burden but they'll do it.

“Obviously, because obviously with the tolls, gas, I mean I'm going to fill up
once I get home now,” said Mike Kaplan of Tannersville.

“I walked around during lunch time to find and I couldn't even find a spot to park, so it's crazy,” said Richard Paz.

While none of the  people we spoke to said they plan to self-isolate, they
admit what they're seeing in New York city both surreal and sobering.

“It's basically, it's almost a ghost town, especially around Times Square,” said Sanders.

“It's an empty feeling, because the place is a ghost town, just like here,” said Kaplan.

“I took a picture just to show my wife how abandoned it is on 11th Avenue,” said Paz. “It's just abandoned, it's never been like that ever.”