POCONO TOWNSHIP, Pa. — It’s been months since drivers were able to go through Stites Tunnel Bridge near Mount Pocono; PennDOT closed it back in Dece... 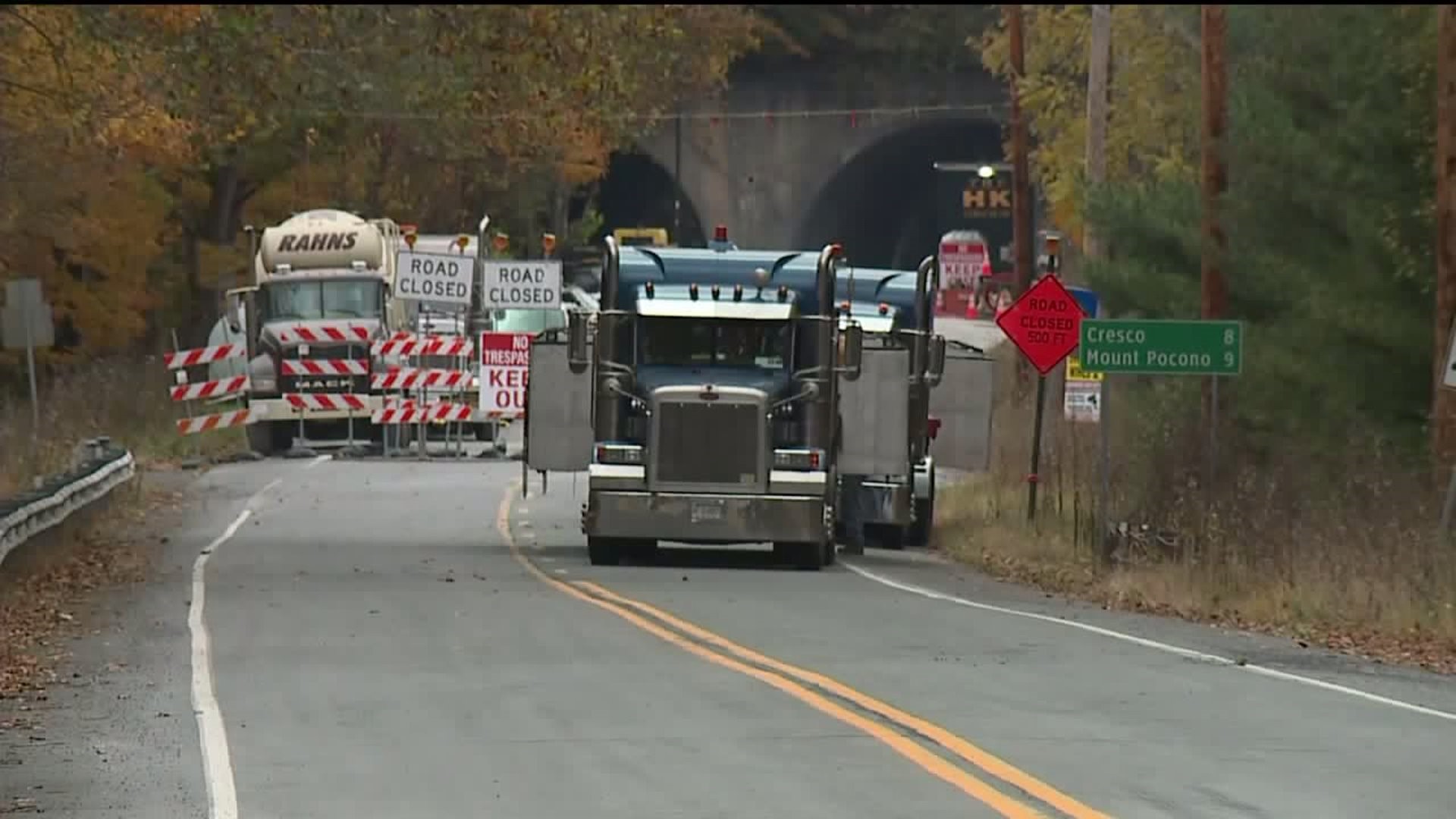 POCONO TOWNSHIP, Pa. -- It's been months since drivers were able to go through Stites Tunnel Bridge near Mount Pocono; PennDOT closed it back in December for rebuilding and repairs.

"Road Closed" signs on Route 191 in Pocono Township were supposed to come down this December.  Now, the tunnel won't open until at least next spring.

"That is not good. Nobody even knows what they are doing, right? Yeah, 2020, now, well, they know what kind of an inconvenience it is with all the detours. But I guess what you can do?" said Tony Gizzo, Middle Smithfield Township.

According to PennDOT, crews found more water inside the tunnel than they expected.  Upcoming winter weather is also adding to the delay.

"That's another six months after they said it was going to be done. That is terrible. People have to go around so far because they can't get through there, so I don't like it," said Deb Gizzo, Middle Smithfield Township.

While some people are upset that this project is now delayed, some others aren't all that surprised.

"When they tell you so many years, eh, just add on a couple more," said Jackie Jasko, Mount Pocono.

Jackie Jasko was driving along the detour in the Mount Pocono area.  She says the extra 10 minutes or so is frustrating, but the work needs to be done.

"When you'd go through the tunnel, you never knew if the things were going to fall down, the bricks. In the winter, the icicles are so bad if someone doesn't go through and knock them down you can lose a windshield or anything," said Jasko.

The expected opening date for Stites Tunnel Bridge is now May 2020.