WILLIAMSPORT, Pa. — This past weekend was Penn State’s annual Military Appreciation Day football game, and for a U.S. Navy sailor from Williamsport,... 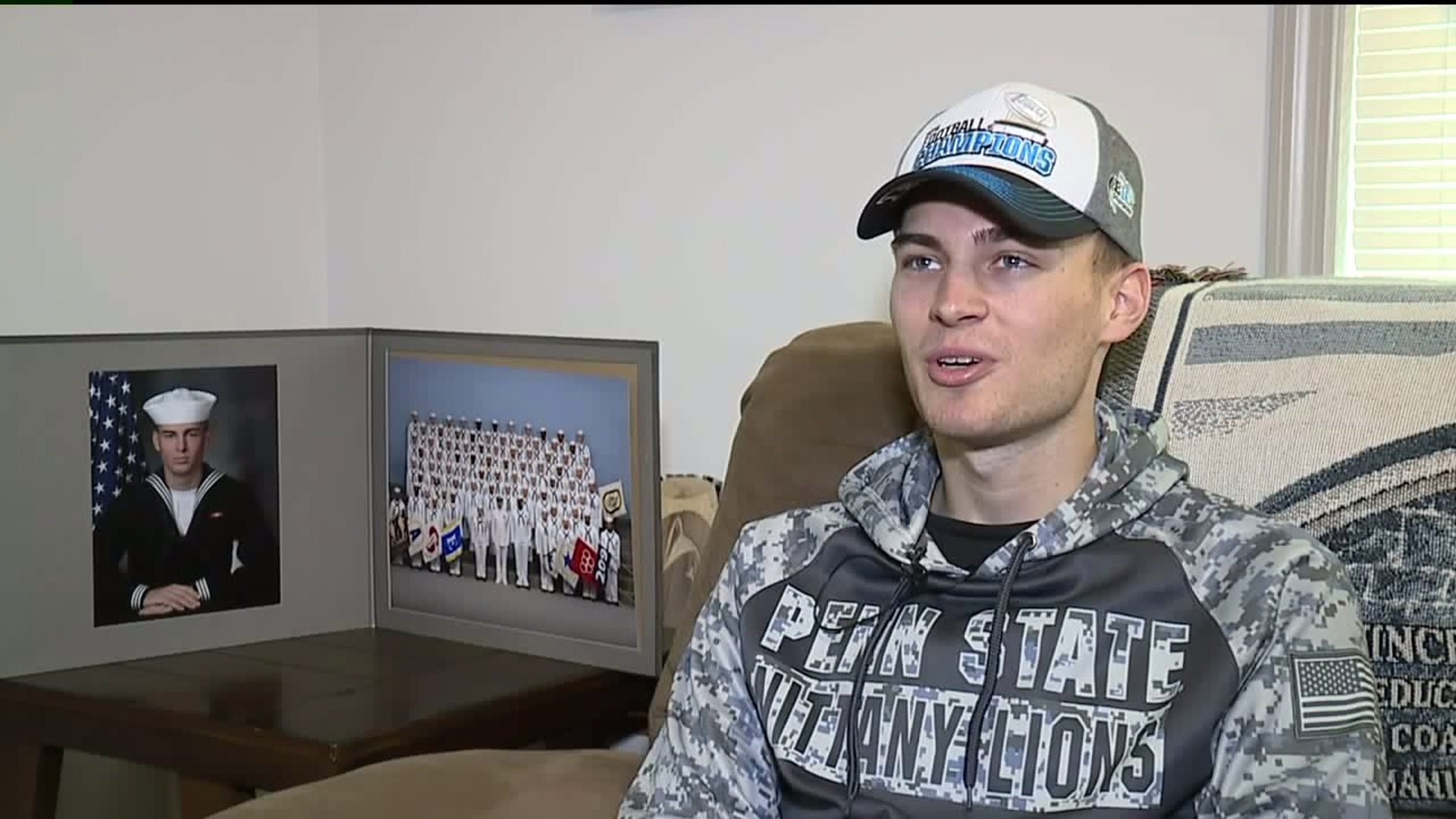 WILLIAMSPORT, Pa. -- This past weekend was Penn State's annual Military Appreciation Day football game, and for a U.S. Navy sailor from Williamsport, it was a day he will never forget.

Noah Young had been planning a special homecoming surprise for his wife Kayla for several months, and this past weekend he got his chance to do so in front of a packed Beaver Stadium.

After spending six months deployed overseas, Noah made his return, surprising his wife, Kayla, in front of the whole #PennState family in Beaver Stadium. #WeAre pic.twitter.com/LvYwzzjjIG

When Young found out he was coming home from deployment, he knew he wanted to do it big.

"I was just sitting there after work one day, just hanging out, and I was just thinking like, man, like, I have seen all these homecoming videos, how do they pull it off? I was like, maybe I can do it."

A few months ago, Noah wrote a letter to Penn State Athletics explaining his homecoming plan, and the university gave him his chance. Over the weekend, Noah surprised his wife Kayla in front of more than 100,000 at Penn State's military appreciation football game.

"This was a moment like, I felt like I wasn't in control of my own body, something just took over," Noah said.

"It is super cool to see those other homecoming videos, and they are special to see to other people, but when it happens to you, it's an even more impactful moment because it's just, wow! And you're overwhelmed with so many different emotions, and it is a moment I will remember forever for sure," Kayla Young said.

"I would say, besides the day I married my wife, it was the best day of my life," Noah said.

When Noah rode onto the field in his chariot, it was the first time he had seen both his wife and mom since April. Both are relieved to have him back for a while.

"I think the best part's just been having my best friend back," Kayla said. "It's been super lonely without him the whole time, so it's just nice to wake up and have him there, go to sleep and have him there and just have that person that I've missed so much back in my life."

"I never thought Noah was going to join the military, so it was tough at the beginning, and then to go away, you worry about if they are going to stay safe, what's going to happen to them, and they are not allowed to tell you much, so you just, you know, you hope the Morse code that he is trying to tell you means everything is OK," said Noah's mother Jennifer Ade.

Noah said all he wants to do is spend time with the people he loves while he's home. In two and a half weeks, he's going back to his ship.