WILLIAMSPORT — All it takes is a click of the mouse to make a purchase these days. Shopping online has become an easy way to buy and sell. Police in Willi... 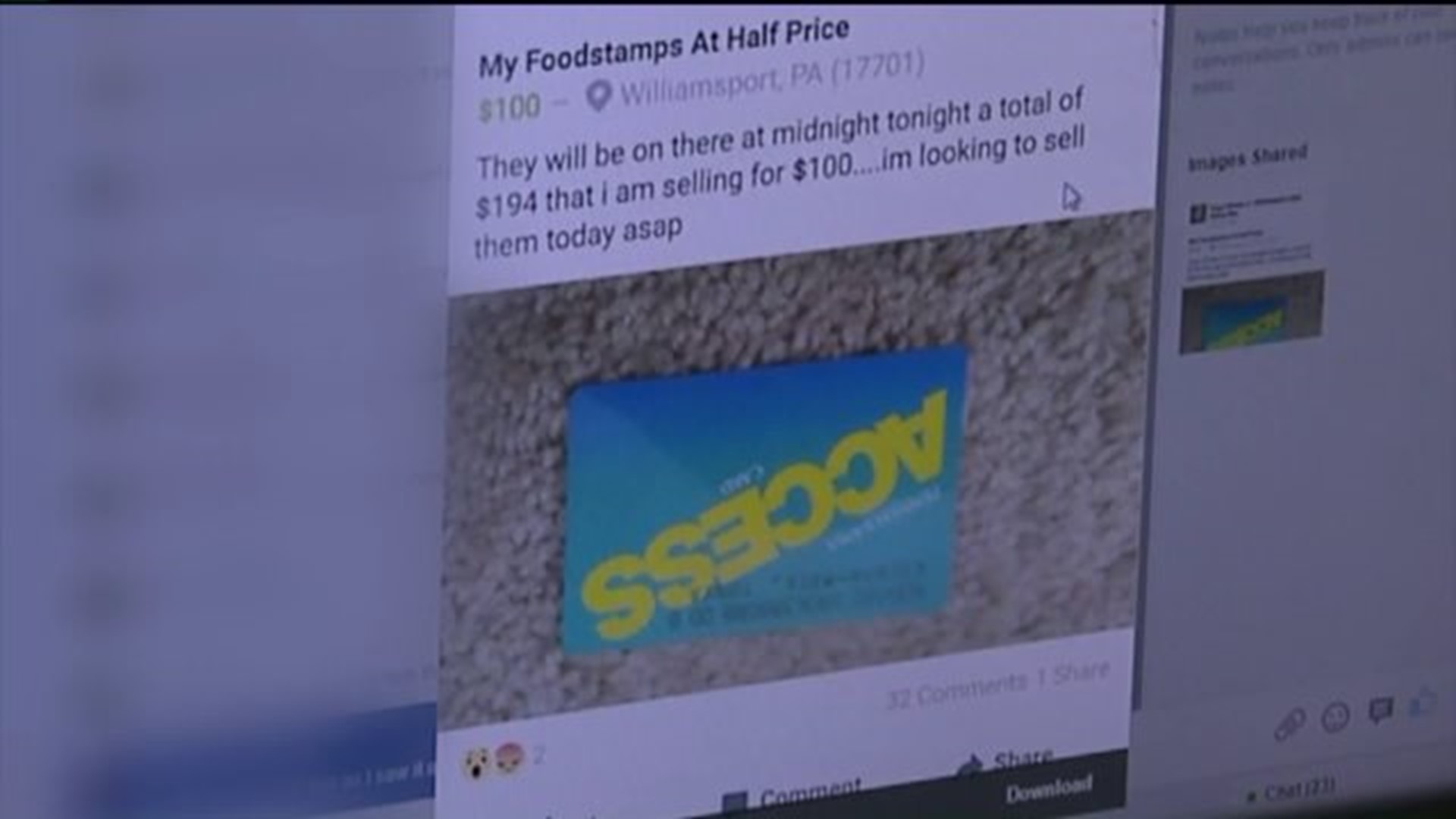 WILLIAMSPORT -- All it takes is a click of the mouse to make a purchase these days. Shopping online has become an easy way to buy and sell. Police in Williamsport know people try to sell just about everything.

It all started last Sunday. Tanya Keenan uploaded a picture of her access card to “Williamsport’s best-selling site” on Facebook. Since then the post titled "My Food Stamps At Half Price" has been shared hundreds of times.

"They were looking to get $100 cash for the card,” Miller added.

"This is the first time to my knowledge someone actually posted a “for sale” for their benefit card," said Miller.

Williamsport police tell us selling your Access Card for cash could be considered welfare fraud. Tanya Keenan was arrested Monday on an unrelated probation violation. She was charged with forgery back in October. Right now, there are no charges filed because of the Access Card post, but there is an investigation going on.

"I think they are abusing the whole system," said Barbara Bennett.

Several of the folks eating a free lunch at Sojourner Truth Ministries have an Access Card.

Last year, the office of the inspector general saw about 500 cases where people traded their Access Cards for something else.

Keenan has not been charged for her post on social media, however she is in jail and expected back in court next week because of her probation violation.