FORTY FORT — Authorities said a woman is dead after a fire in Luzerne County. According to Mayor Andy Tuzinski, the fire on Monday is the first deadly fir... 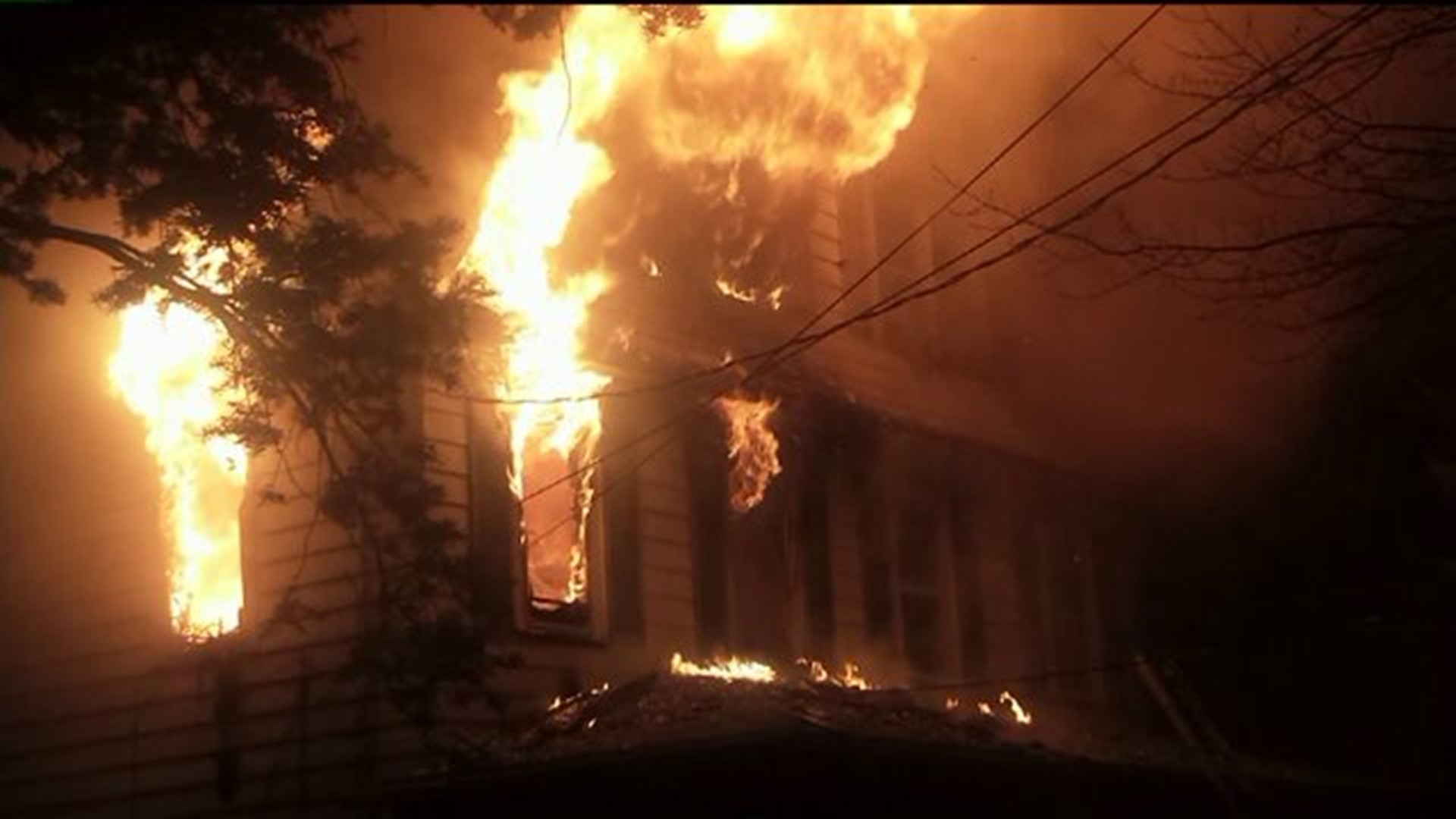 FORTY FORT -- Authorities said a woman is dead after a fire in Luzerne County.

According to Mayor Andy Tuzinski, the fire on Monday is the first deadly fire to hit Forty Fort in 110 years.

The fire happened at a double block home on Yates Street taking the life of woman in her 70s. Authorities have identified her as Rosalie McGough.

After flames lit up much of Yates Street in Forty Fort, the 911 calls started coming in from neighbors.

"I've never seen anything like this in my life," said Dori Alward of Scranton who was staying with her sister at the time of the fire.

Forty Fort mayor and firefighter Andy Tuzinski lives about a mile away. He drove over after an alert went off on his cell phone.

On the left side of the burning double block home lived Bill and Rosalie McGough.

Irene Perugino lived on the right.

Investigators tell us most of the fire was in the upstairs bedroom where Rosalie McGough was sleeping.

The mayor and a borough police officer tried getting to Rosalie but the fire was just too much.

"Tried to make it upstairs without an air pack but I was unable to make it to the top of the hallway steps before the smoke and the flames pushed me back," said Mayor Andy Tuzinski.

Irene's son Mark told us that Rosalie and his mom were extremely close.

"Like family, we've been here since 1966, born and raised in that house. They were like sisters," said Mark Perugino.

Many knew Rosalie because she and her husband Bill owned Pileggi's, a well-known restaurant in Kingston.   It closed several years ago.

This blaze wasn't only troubling to those close to the McGough family but also emergency workers. According to Forty Fort's mayor since the borough's fire department was organized 110 years ago, this is the first deadly fire on record to hit this Luzerne County community.

"The helplessness is just indescribable," said the mayor.

"It just seems that everyone is in shock. It's just unbelievable.   It's like a surreal nightmare," added Mark Perugino.

Friends of the families affected by the deadly blaze have set up a fund at all Landmark Community Bank locations. If you donate, just mark "Yates Street Fire Victims Fund" on the memo line of the check.

People in the neighborhood are remembering the victim.

State police fire marshals are trying to determine the cause of the fire on Yates Street.