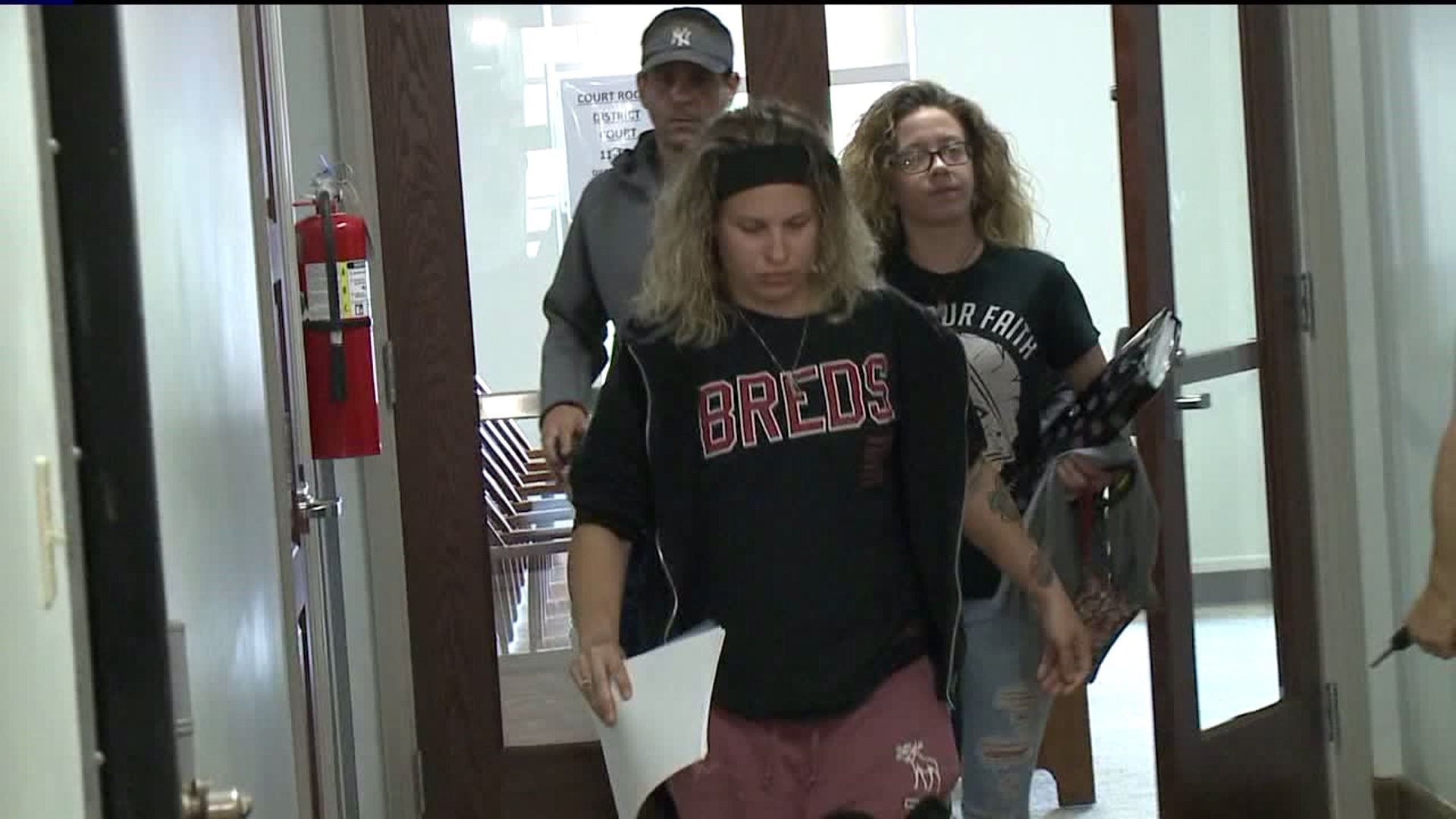 PITTSTON, Pa. -- A woman in Luzerne County faces charges after police say a crash she caused earlier this year led to man's death.

Moriah Scarantino, 25, of Hughestown, is charged with homicide by vehicle.

Scarantino had nothing to say as police escorted her from the police station to City Hall in Pittston for an arraignment.

Investigators say Scarantino was following a tractor-trailer and another vehicle too closely when the vehicles in front of Scarantino stopped to let a driver onto laurel street.

Scarantino told police she wasn't paying attention and didn't notice the vehicles stop until it was too late. She swerved into oncoming traffic and crashed head-on into the vehicle the trucker let through.

That was the Toyota Corolla 78-year-old Joseph Fleming of Pittston Township was driving.

Scarantino is facing a felony charge of homicide by vehicle, and other charges related to reckless driving. She is out on bail and is scheduled to be back for a preliminary hearing next month.