With Some Luck of the Irish, Parade Goes on in Luzerne County

PITTSTON — With all the Irish green you might think it’s spring but Main Street in Pittston looked like anything but just 24 hours before the 5th an... 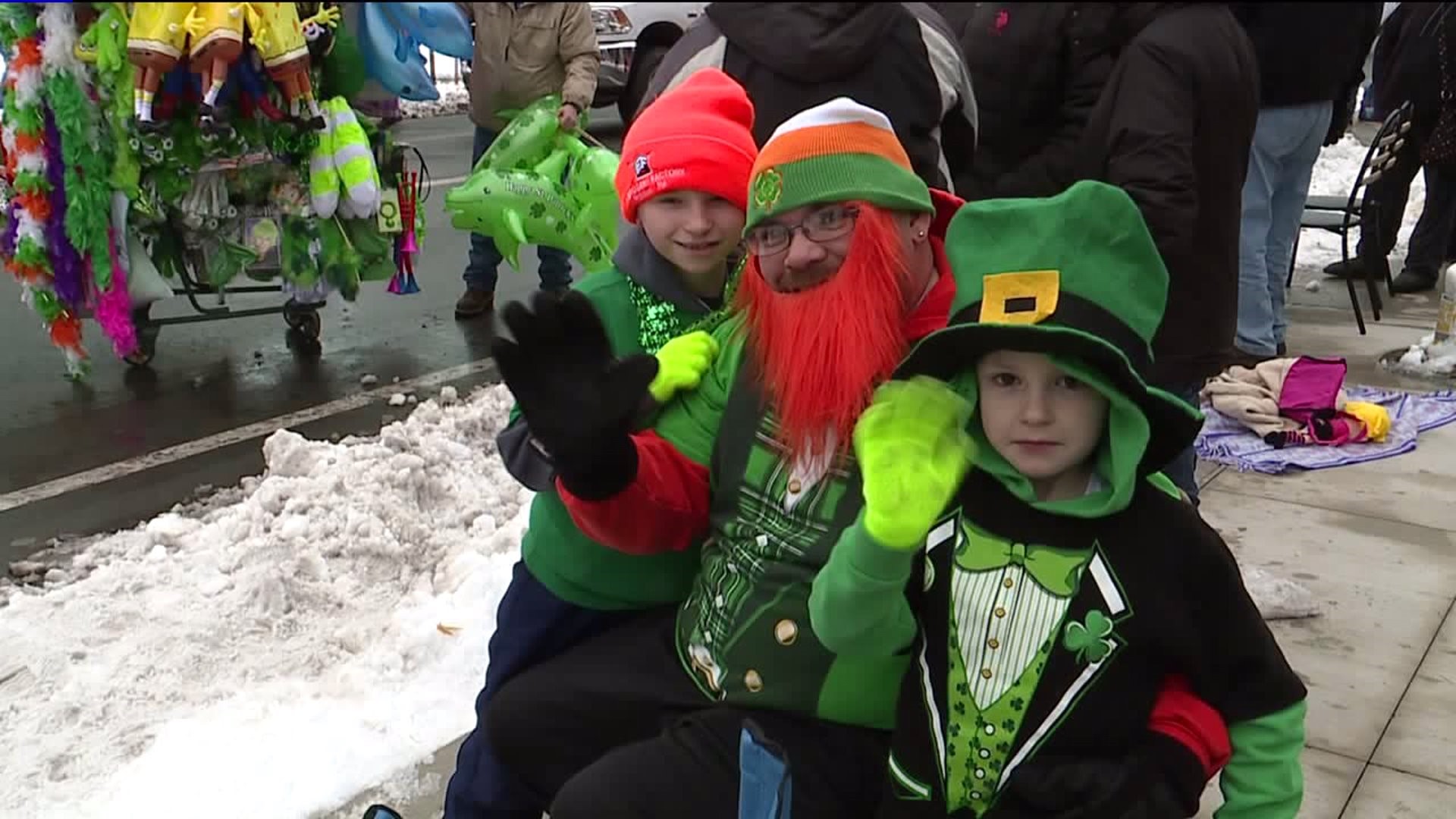 PITTSTON -- With all the Irish green you might think it's spring but Main Street in Pittston looked like anything but just 24 hours before the 5th annual St. Patrick's Parade in the city.

"Yesterday's storm was very nerve-wracking for us. We actually contemplated not having the parade but we ended up doing it. We decided we could have the resources to clear the streets, clear the sidewalks as best we could and we are absolutely having a beautiful day today so it was all worth it," said Sarah Donahue, Parade Committee.

The parade committee couldn't rely only on the luck of the Irish. They needed help to move the snow from Friday's Noreaster.

"We had some extra helpers come in, the parade committee, Friendly Sons of St. Patrick came out and they helped us out, we had a lot of volunteers shoveling last night," said Donahue.

Revelers who live along Main Street needed to do their part too.

"I was a little concerned because we have two driveways, a big sidewalk we had to get done, but we luckily had some help. Everyone came over and chipped in, we got it all done," said Mike Capone and Samantha Moluski of Pittston.

When the parade began, at least in this part of Luzerne County, the Noreaster was a memory. Kids at the parade were focused instead on something else.

It was the start of the St. Patrick's season and just maybe, a start to Spring.

"This is the inaugural of the St. Paddy's day season. We got a lot more coming up," said Dennis Sweeney of Drums.