WILKES-BARRE, Pa. — As students walked into G.A.R. Memorial Junior/Senior High School in Wilkes-Barre, some stopped to remember a somber anniversary. One ... 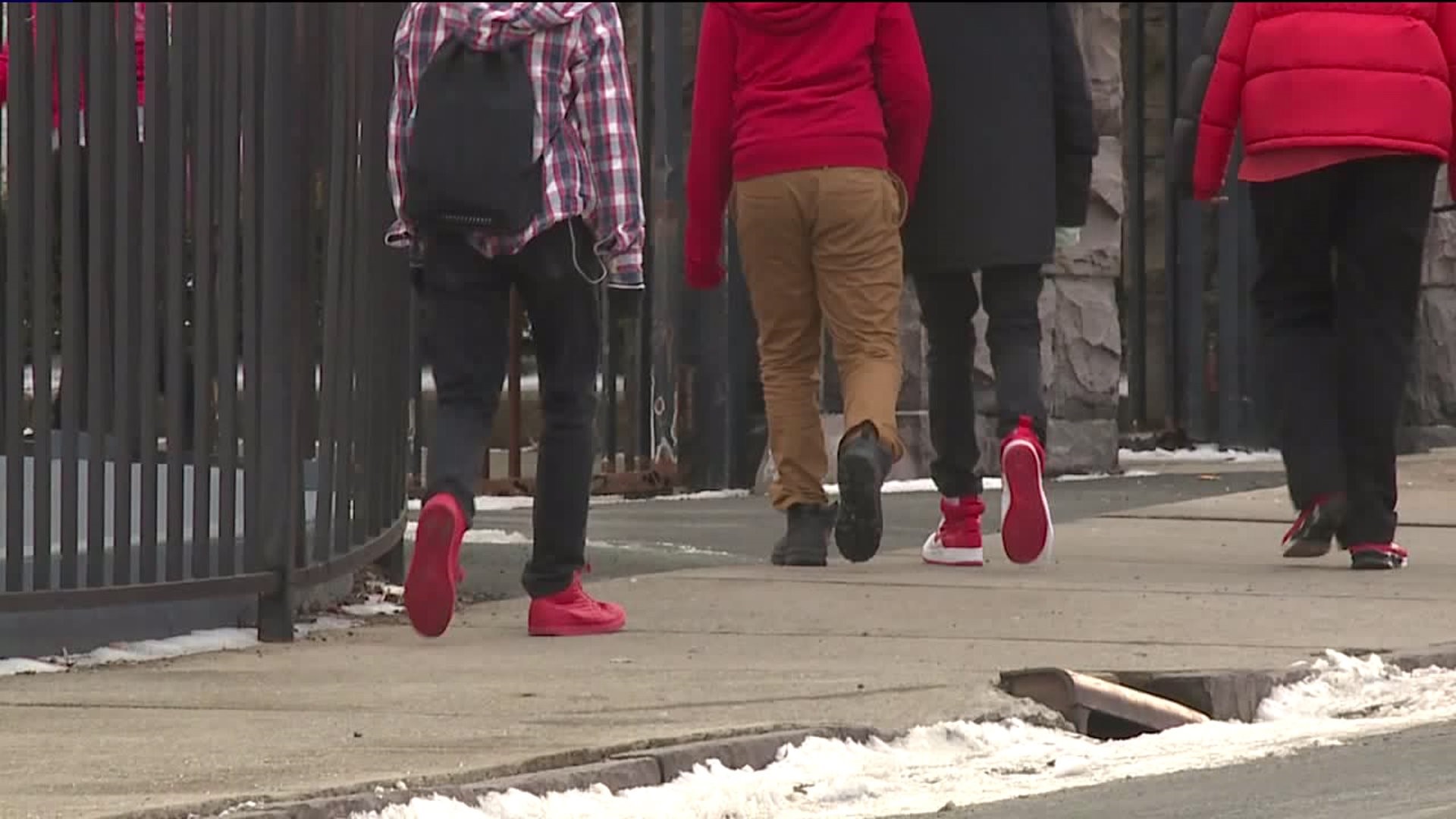 WILKES-BARRE, Pa. -- As students walked into G.A.R. Memorial Junior/Senior High School in Wilkes-Barre, some stopped to remember a somber anniversary.

The past year has changed how some students feel about their safety.

"I feel a little safer, like our teachers do what they can to protect us and everything. Yeah, I feel safe," said Areyona Jowers of Wilkes-Barre.

After the shootings in Florida, there was a security meeting in the Wilkes-Barre Area School District. District officials decided that high school students would walk through metal detectors every single day. Prior to the shootings they only walked through occasionally.

Students said it is a good idea, but more can be done.

"They still don't have certain safety measures to stop it from actually happening. They only have the metal detectors, but that's when we go through the school. That's not when people could be around it doing whatever they can. There's still people fighting every day around the school. They still don't even know how to stop that so there's no way they could stop a shooting," said Damon Wimms of Wilkes-Barre.

The Wilkes-Barre Area district has police officers inside the buildings, known as resource officers.

District officials say they do all they can to ensure student safety.