WEST WYOMING, Pa. — An ambulance company in Luzerne County will be permanently out of service next month, and some residents are concerned about what it c... 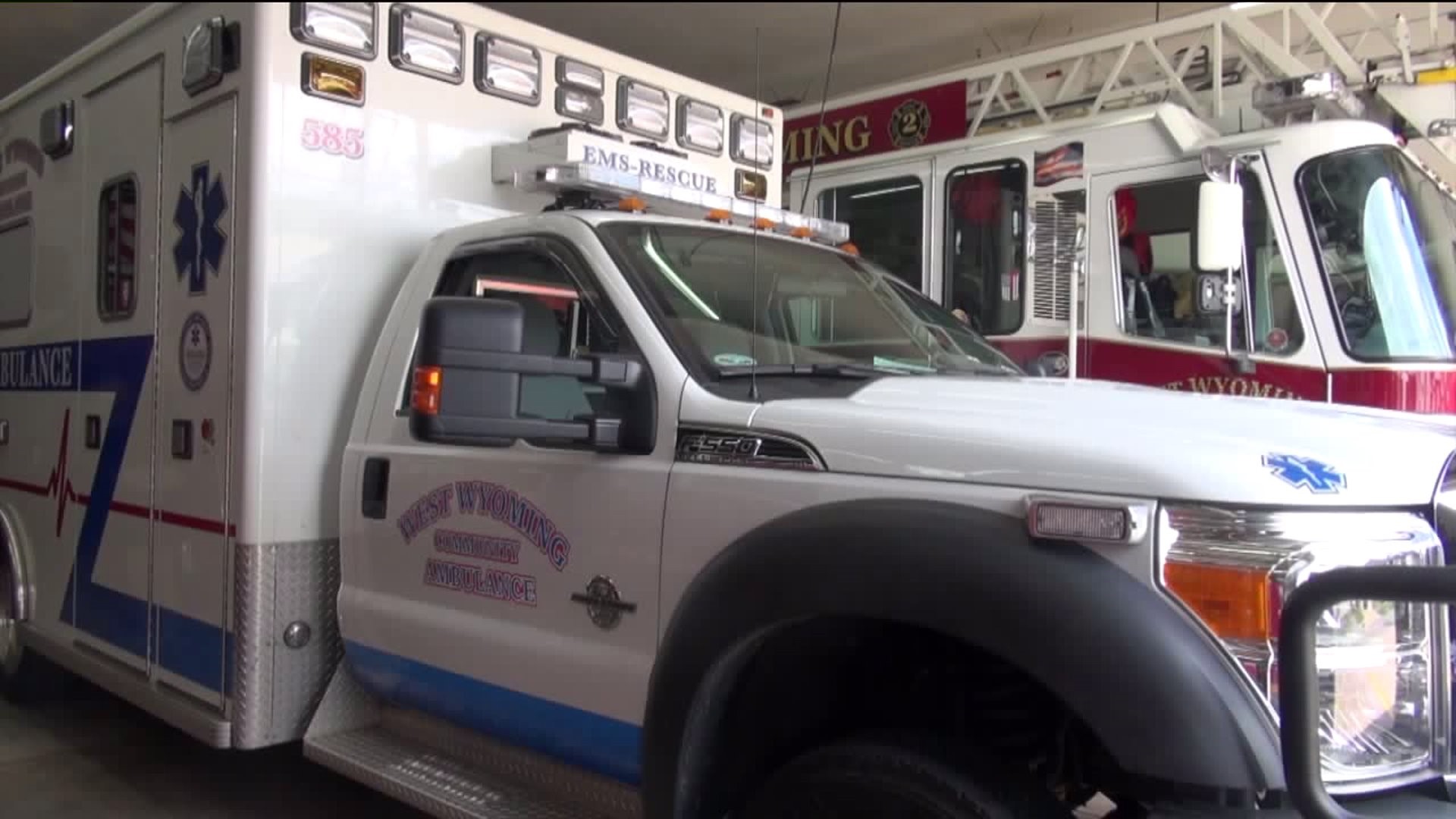 WEST WYOMING, Pa. -- An ambulance company in Luzerne County will be permanently out of service next month, and some residents are concerned about what it could mean for their community.

After serving West Wyoming borough and its neighbors for more than 50 years, the West Wyoming Community Ambulance will end its service on August 2, and while residents are concerned, officials say they are already working on finding a replacement.

"I think it's terrible. It's going to be an inconvenience for those who live close and really need somebody right now," said Maryann Kruszka of Swoyersville.

The West Wyoming Hose Company Fire and EMS made the announcement on Facebook on Friday, saying due to lack of volunteers, it was no longer feasible to maintain the ambulance service.

Rose Gregor of West Wyoming says she has had to call the ambulance before in an emergency and says it was nice to know help was close by. She said she's concerned about the loss of the local ambulance.

"You have to wait too long if you need an ambulance to come from someplace else where they used to be right there. I live right by it, too, and I think it won't be too good," said Gregor.

Officials say there should be no change in service seen by the public.

"It should be a pretty seamless transition as far as our residents are concerned, West Wyoming Deputy Fire Chief Len Hromek said. "We're going to work with our mayor and borough council to appoint a service provider that will provide the same type of service our residents are used to having."

West Wyoming offered a subscription fund to its residents, meaning that those who had a subscription never paid out of pocket for an ambulance. Each year, the West Wyoming Ambulance Service wrote off thousands of dollars. Now, the company just doesn't have the income to go on.

"Wyoming borough decided to discontinue the use of our services. Without that call volume, it just made it financially not feasible to continue operation," Hromek added.

The hose company will not be affected by the closure of the ambulance service. The deputy fire chief says the borough is hoping to find a service that will honor those ambulance subscriptions for the residents of West Wyoming.