WILKES-BARRE, Pa. — Dairy-free pizza, meatless burgers, and veggie buffalo wings are just some of the offerings at a new vegan restaurant that opens Tuesd... 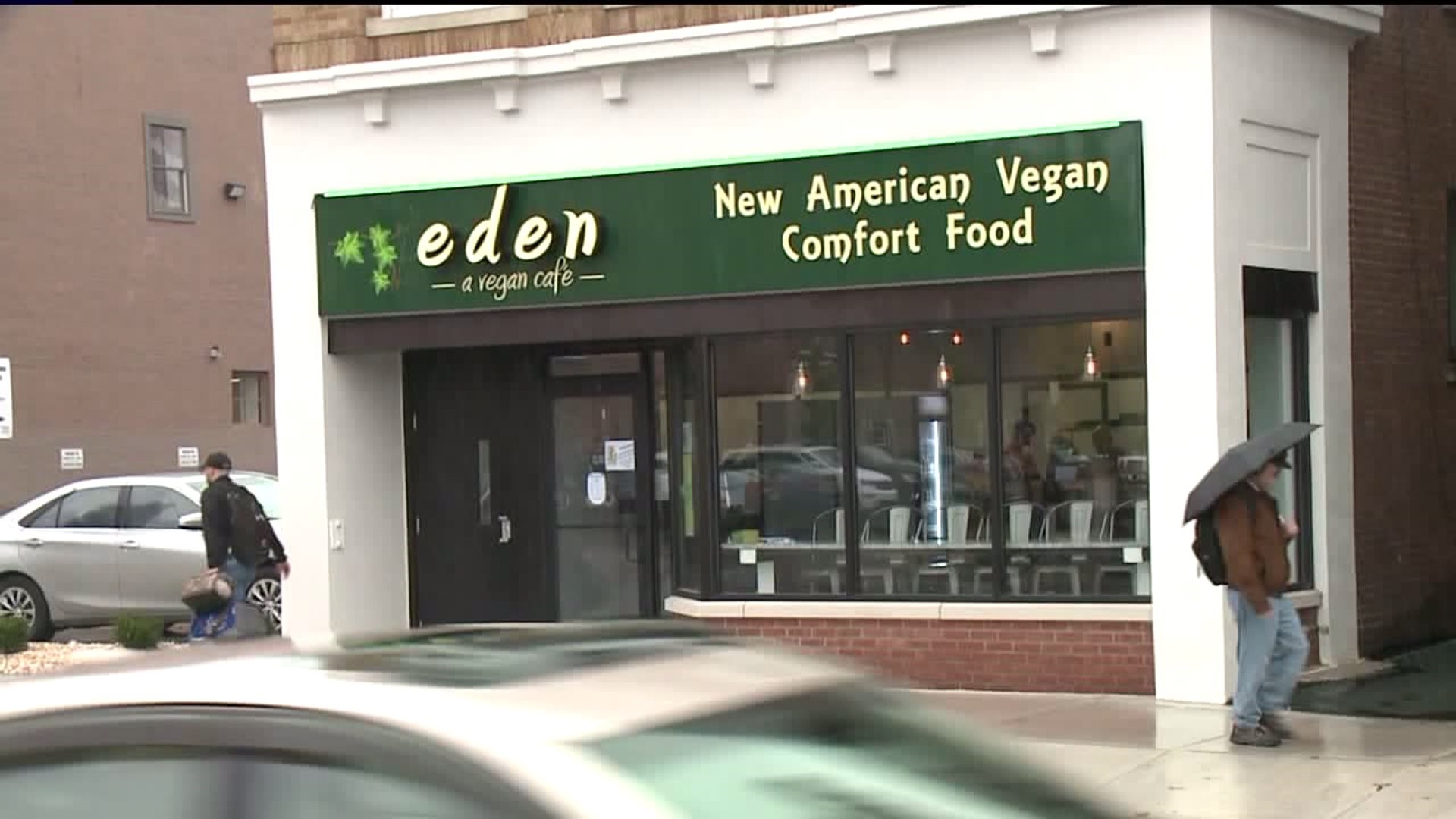 WILKES-BARRE, Pa. -- Dairy-free pizza, meatless burgers, and veggie buffalo wings are just some of the offerings at a new vegan restaurant that opens Tuesday in Wilkes-Barre.

Eden A Vegan Café opens this week on South Main Street in downtown Wilkes-Barre and the owner tells us it's not like your typical vegan restaurant.

"We take traditional comfort foods that people already love and we veganize them, so we just use different proteins, so instead of animal products and dairy and eggs, we use proteins like soy, wheat, pea protein, and we make burgers and pizza and wraps and wings," Christian Pilosi explained.

"It's such a big trend right now," said employee Emily Brodhead. "A lot of people are into the whole veganism thing. A lot of people don't understand what it is, so it gives people a really prime opportunity to come in here and eat their everyday foods that they would usually get anywhere else to have it here."

Pilosi has had a location in downtown Scranton for more than a decade. He says he's thrilled to bring this option to people in Wilkes-Barre and excited to be so close to Wilkes University.

Students at Wilkes University tell Newswatch 16 they think new restaurants and new businesses opening up nearby adds flavor to life on campus.

"I think it's a great opportunity. Obviously, it's a little bit more of a condensed campus and it's smaller, so it allows the students to go off and have more opportunities to enjoy different cuisine and enjoy different things to entertain themselves, so I think it's just one of those things to make their college experience more enjoyable," senior Eric Beideman said.