HAZLETON — PennDOT cameras in downtown Hazleton may soon do much more than just keep traffic flowing. Hazleton wants the cameras along Broad Street to joi... 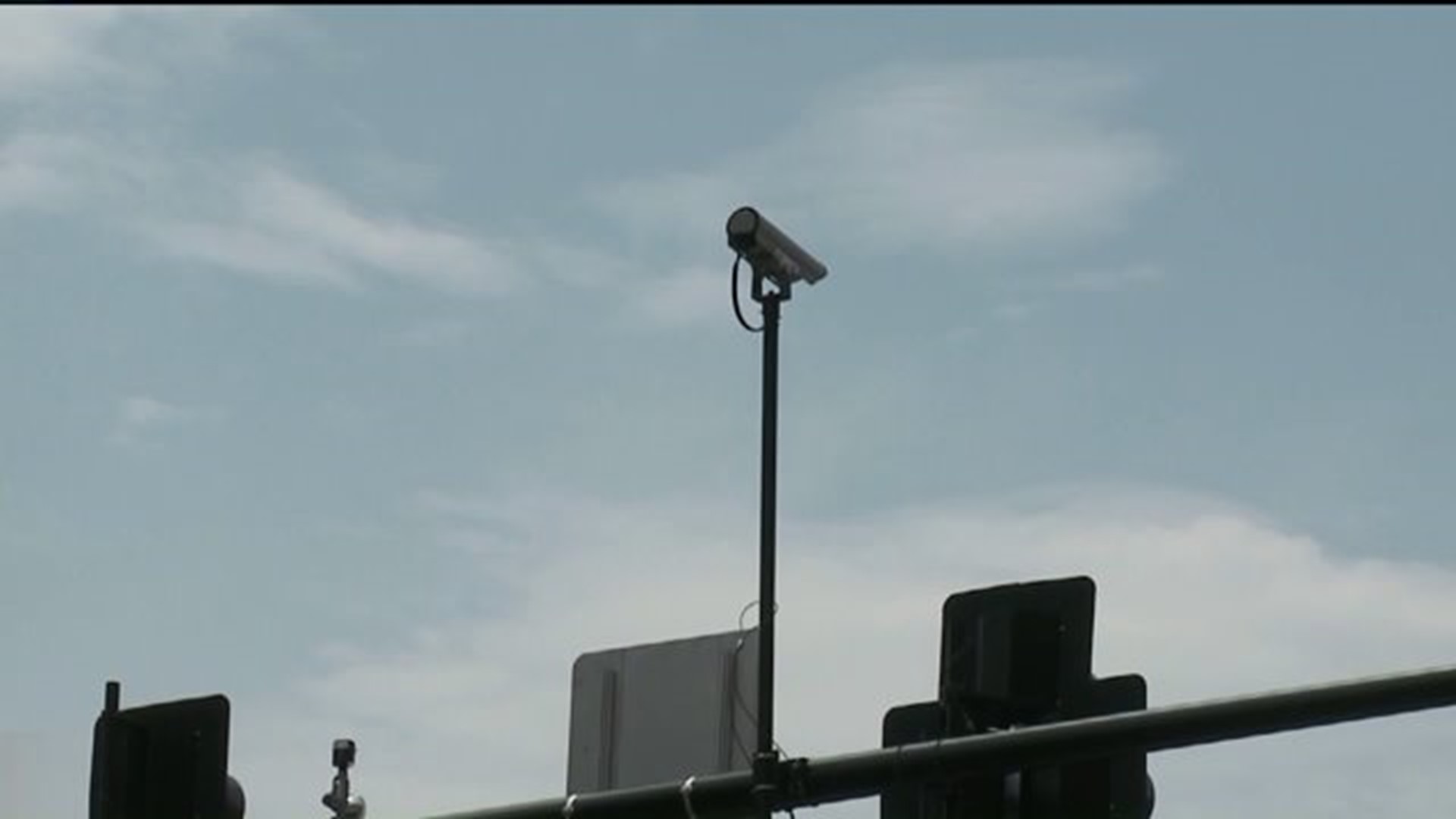 HAZLETON -- PennDOT cameras in downtown Hazleton may soon do much more than just keep traffic flowing.

Hazleton wants the cameras along Broad Street to join the city's police force to help solve and prevent crimes.

"To be able to record them in case we ever needed to go back and look at the tapes," said Hazleton Mayor Joe Yannuzzi.

The cameras were installed about a year ago as part of PennDOT's Broad Street Corridor Project.

Officials now plan to link all the cameras to city hall, so police can access the video when needed.

The city said it won't cost too much money, since the cameras are already there.

The mayor said some shops in Hazleton already link their surveillance cameras to the police and it's paid off.

"They helped us in a lot of situations where the crime was committed and we went on and found the person who caused the crime."

The city of Hazleton doesn't plan on tapping into the cameras for things like traffic violations, instead, police hope getting that video can help them solve other crimes.

"There's too much of it going around. You can't walk the streets in broad daylight sometimes. It's horrible," said Dawn Franklin of Hazleton.

Nicole Hill of Tamaqua said, "They can see crime as it happens and they can see who's doing it to stop them. If you don't want to get in trouble, don't do it."

People who live in Hazleton said it's a good idea to help solve crimes, but the cameras alone probably won't prevent people from breaking the law.

"If you're going to commit a crime, you'll find somewhere else to commit it," said Franklin.

PennDOT has already given Hazleton permission to access the traffic cameras.

The city plans to put an antenna on top of the Lehigh Valley Hospital in Hazleton to help link up all the cameras.

Hazleton hopes to be able to have access to those cameras, about 60 in all, by this fall.