EXETER, Pa. — A bridge closure in Luzerne County has put a dent in business and traffic all summer. The bridge on Route 92 in Exeter runs over Hicks Creek... 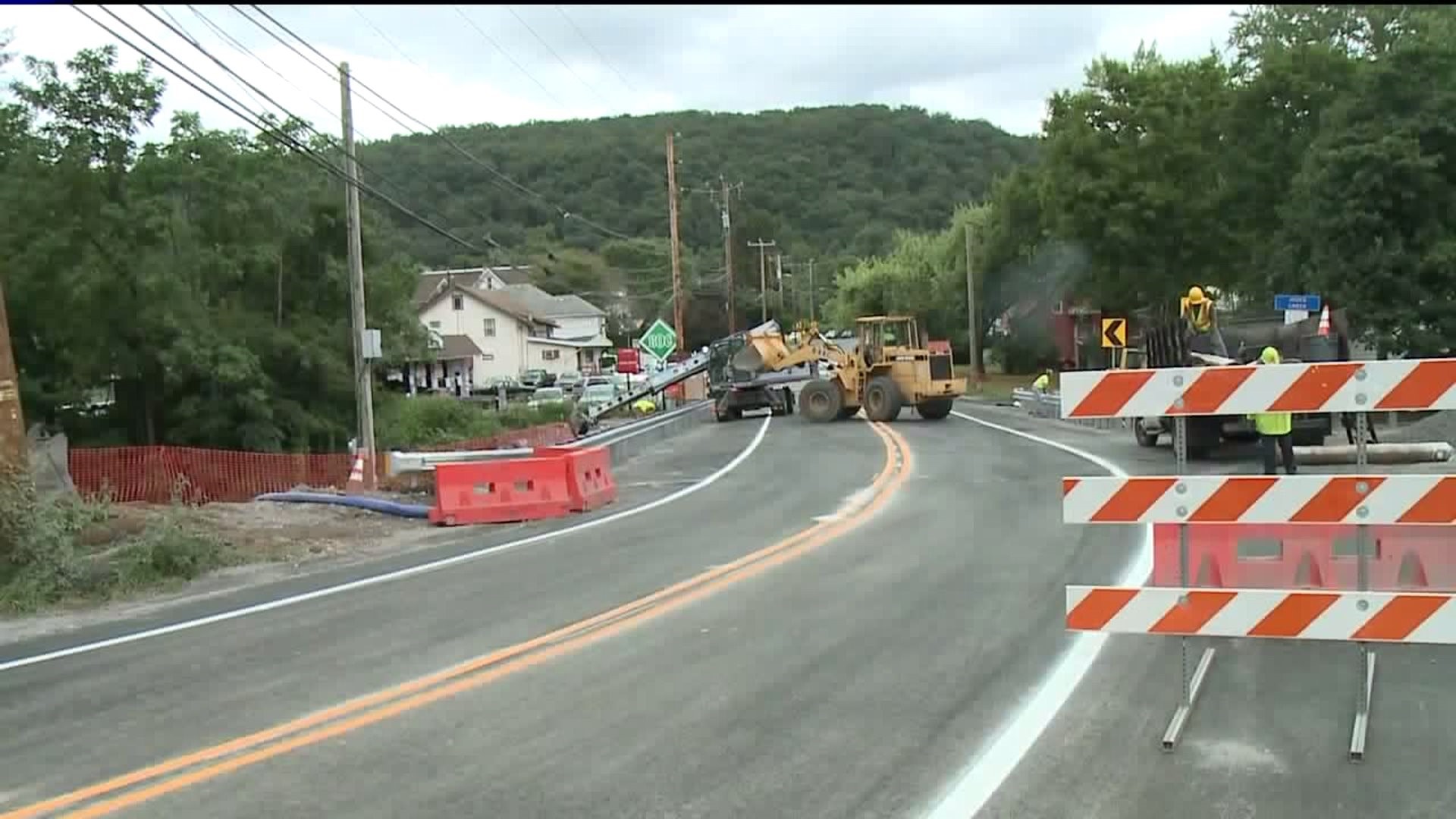 EXETER, Pa. -- A bridge closure in Luzerne County has put a dent in business and traffic all summer.

The bridge on Route 92 in Exeter runs over Hicks Creek.

People with homes and businesses nearby are impressed and happy the work is over.

Bill Simmons lives along Route 92 in Exeter and says construction is a sight he's used to on his walks with his dog Mason.

"They worked on Bennett Street for a year and a half putting water lines and sewer lines in, so we had that last year. Then as soon as they got done with that, we had the bridge caving in, so we've been dealing with that since the beginning of the summer, so it's finally wearing us down a little bit," Simmons said.

But soon the equipment will be out of sight as the construction of the bridge that runs over Hicks Creek nears completion.

The bridge has been closed since February. It collapsed while crews were working to fix a water main break and had to be rebuilt, causing drivers to take a back road detour.

"All these shops here and the bars has been hurting businesswise, and the gas station has been hurting, so everything should pick up to normal afterwards," Simmons said.

Businesses bordering the project tell Newswatch 16 it's been a long six months, but they are impressed with the work and excited to see it complete.

"It's been a little crazy, you know, the noise especially, but I'll tell you, the guys did a great job. They killed themselves working on that creek and I'm really proud of them," said Mike Lizza at Lizza's Service Station.

Lizza says while many have seen the project as an inconvenience he's witnessed firsthand how hard it was to accomplish.

"I got here at 6:30 and the guys were working already nonstop. They didn't even break for lunch. I know they want to get it open."

Crews tell us it will be a day or so before all the detour signs come down, but the bridge in Exeter is now open.