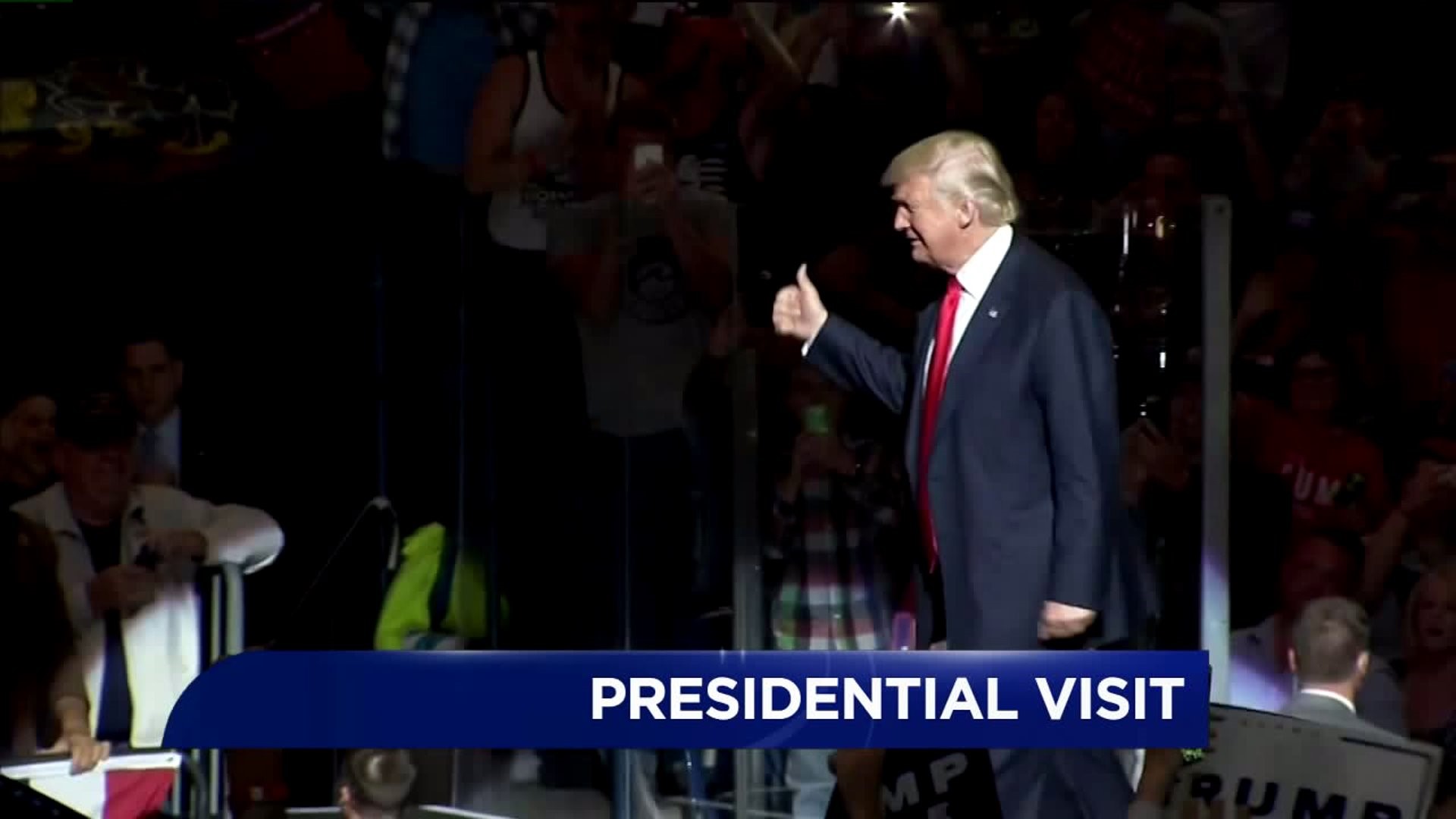 Preparations for this presidential visit have been underway for days now.

Thousands are expected to crowd into the arena to hear him speak.

His stop here is a rally in support of Representative Lou Barletta.

Republican Barletta is running against incumbent Democratic Senator Bob Casey of Scranton for his seat.

Barletta is a former mayor of Hazleton and supported Trump's bid for the presidency.

In turn, Barletta says Trump personally called to encourage his bid for the Senate seat.

Trump has been to this arena before when he was stumping for votes himself in 2016.

Thursday night'ss rally is expected to spark a protest nearby.

Organizers say they expect around 200 people to march and hold signs protesting Trump and his policies.

Some folks are also cashing in on the presidential visit. We spoke with one man who's already set up selling Trump memorabilia. He travels all over the country.

"It's been great. People have great attitudes. Few hecklers, but you have those everywhere. Other than that. It's been great," said Wilson Dorman, CNN Sales Employee.

We do have a traffic advisory to pass along.

Interstate 81 will be closed for 10 miles immediately before and immediately after the event.

The event is scheduled for 7 p.m. on Thursday.

In addition, the on and off ramps for exit 168 off of Interstate 81, the Arena Exit, will be closed from approximately 5 p.m. until 9 p.m. on Thursday.

Highland Park Boulevard from Schechter Drive to Mundy Street will also be closed from 5 p.m. until 9 p.m. on Thursday.

The rally starts tonight at 7 p.m., and doors open at 4 p.m. for people who have signed up for tickets online.