PennDOT: Portion of Route 92 in Exeter Could be Closed for Weeks

EXETER, Pa — PennDOT says it will take weeks to reopen a portion of Route 92 in Exeter. “I use this bridge every day,” Steve Davenport of Oran... 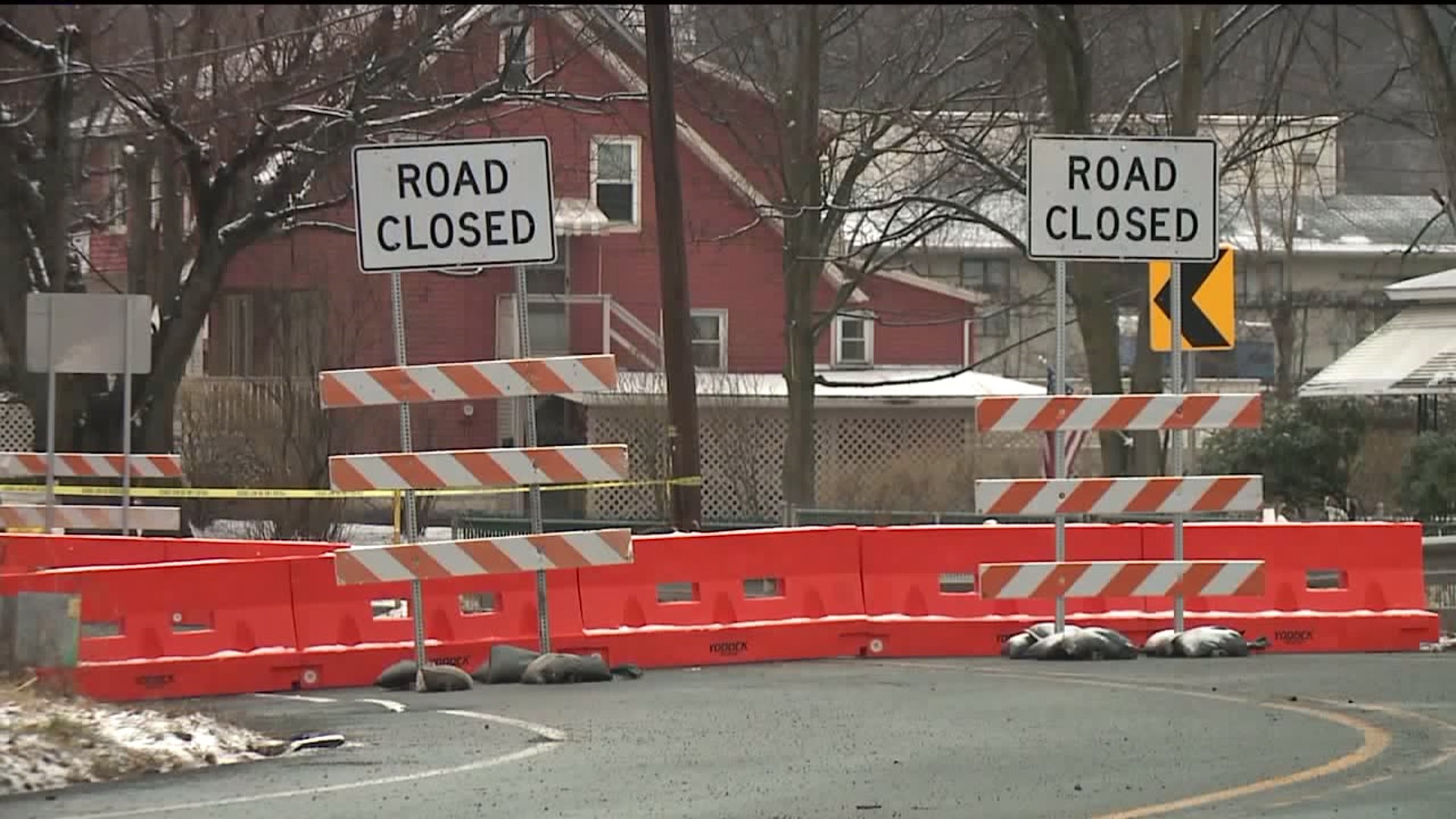 EXETER, Pa -- PennDOT says it will take weeks to reopen a portion of Route 92 in Exeter.

"I use this bridge every day," Steve Davenport of Orange said. "I have a brother that's in a nursing home up in Old Forge and this is the road that transports to go see him and come back."

Here's what happened: PennDOT said a water main break over the weekend underneath the bridge damaged a large pipe that is also under the bridge. The damage caused a portion of the road to collapse. That is why PennDOT shut down the road.

"I knew it was closed yesterday when I was coming back," Davenport said. "I thought it would be open today and it's not."

"They have the 'road closed' signs here, when in actuality, we should have a 'local traffic only' sign here because they have us cut off from everybody," Lizza Service Station owner Richard Lizza said.

Many people use this section of Route 92 to get to from Wyoming County to Luzerne County. Now they will have to detour using Slocum Avenue to West 8th Street in West Wyoming, then get on to Route 11 North to get back on Route 92.

PennDOT's spokesperson said the agency will have to either design a way to fix the pipe or create a way for cars to go over it safely before the road can reopen.