Luck of the Irish for Wilkes-Barre Parade 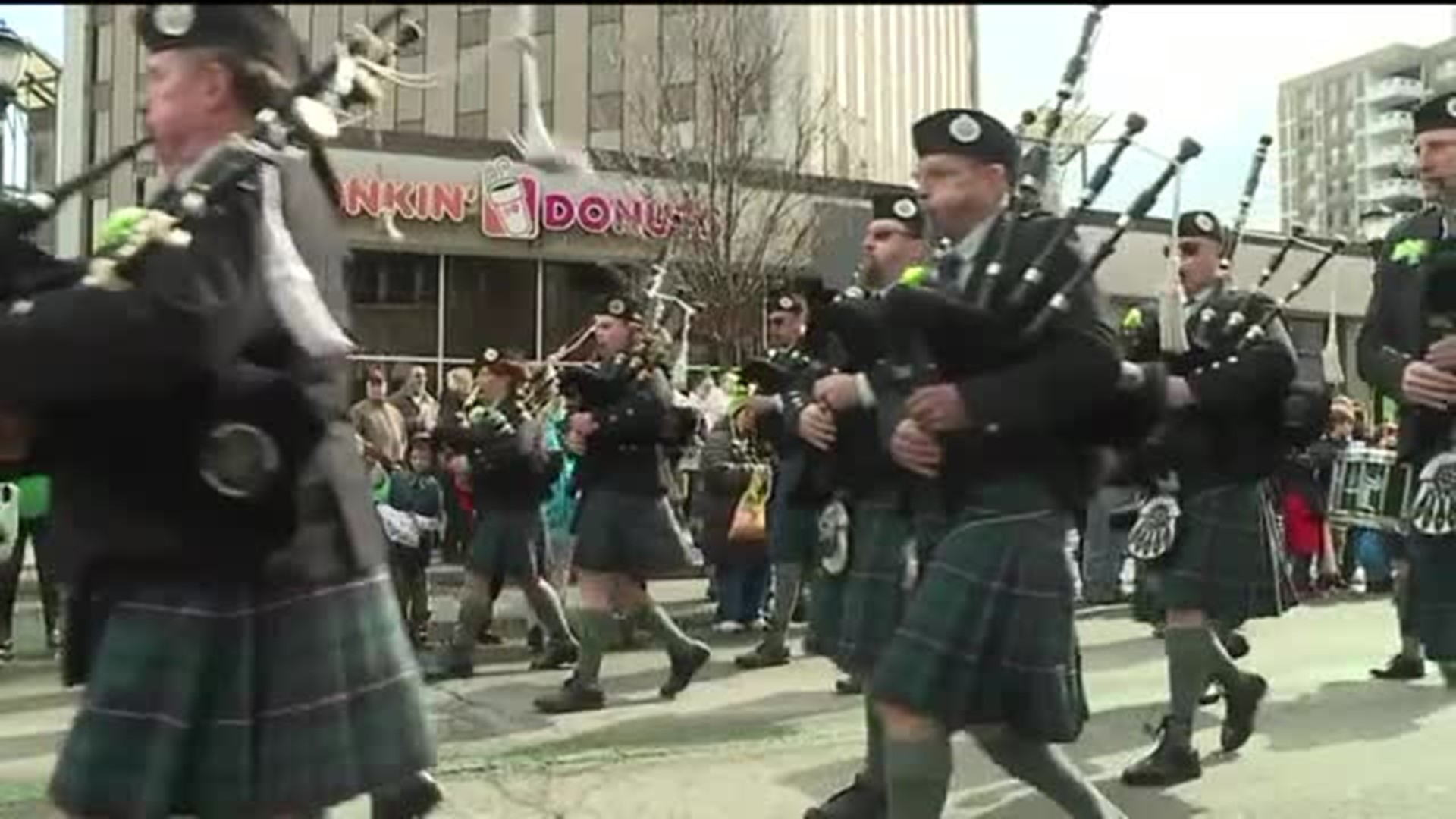 WILKES-BARRE, Pa. -- People heading to the 39th annual St. Patrick's Day Parade in Wilkes-Barre lucked out with a little sunshine.

DPW crews in Wilkes-Barre say after some winter weather Sunday morning, they had no issues setting up and clearing the way for the parade.

Before the parade stepped off Sunday afternoon, a rainbow led the way for a yearly tradition full of Irish heritage.

"It was huge. It went from here all the way down, I'd say down that way somewhere," said Brian Hart of Nanticoke.

People headed to the parade say it was a sign.

"That the weather was going to cooperate and we're gonna have a beautiful day for the parade," Hart added.

Families along the parade route say it did just that.

Leprechauns big and small were seen on Main Street as well as a few fan favorites like pipe bands, puppies, and mascots.

For people like Darlene Abraham of Wilkes-Barre, attending this parade brings her a sense of pride.

"It's a tradition. We come to every parade. We just love Wilkes-Barre and everything that goes on we come to," said Abraham.

People at the parade tell Newswatch 16 that little bit of snow and sleet we had overnight didn't scare them from coming to the parade. They're happy the sun came out, but they would have been here no matter what.

"I was prepared, umbrellas, blankets, whatever. We're always out here rain, sleet, or snow," said Stephanie Cole of Wilkes-Barre.

"It's so great. It was supposed to be raining today, and it's nice, so hey, can't complain," said Dave Shaup of Old Forge.

A lot of smiles were seen as the parade came to an end, but some were still wondering where that pot of gold at the end of the rainbow ended up.

"We were looking for the pot of gold, but we didn't get it," said Hart.

If you didn't make it to the Wilkes-Barre parade, you have more chances in our area to celebrate the season. Next Saturday, Pottsville will have its St. Patrick's parade. Stroudsburg will host one the following weekend. For a full list of parades, click here.